Scottish rider Neil Fachie and pilot Matt Rotherham flew into first position in the men’s B 1000m time trial, smashing their own record in the process. Silver went to fellow Team GB cyclist James Ball and his pilot Lewis Stewart for their fierce ride at the Izu Velodrome. 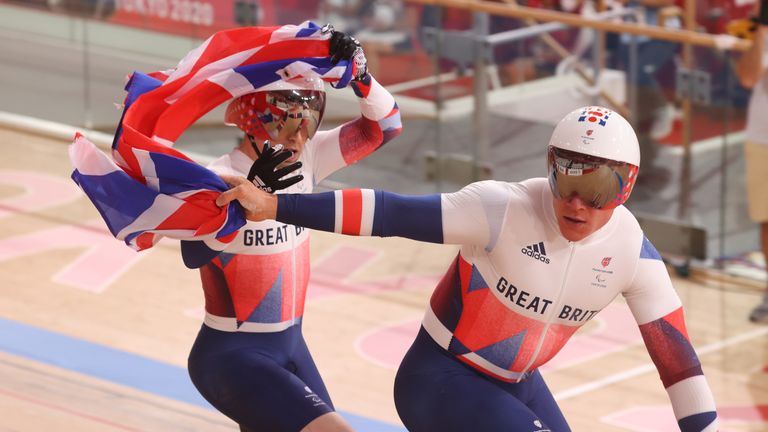 Lora Fachie carved an impressive 8 seconds off her previous best in qualifications for the women’s B 3000m individual pursuit, going on to win the final with her partner Corrine Hall.

This was the third Paralympic medal for 37-year-old Neil, who told Channel 4: “We were the first medal ride, we had to deliver, not just did we do it but to see our team-mate [Ball] get the silver as well, breaking the world record…

“Then to watch my wife go and win gold, it was just unreal. Wow, what a day. You never forget this.” 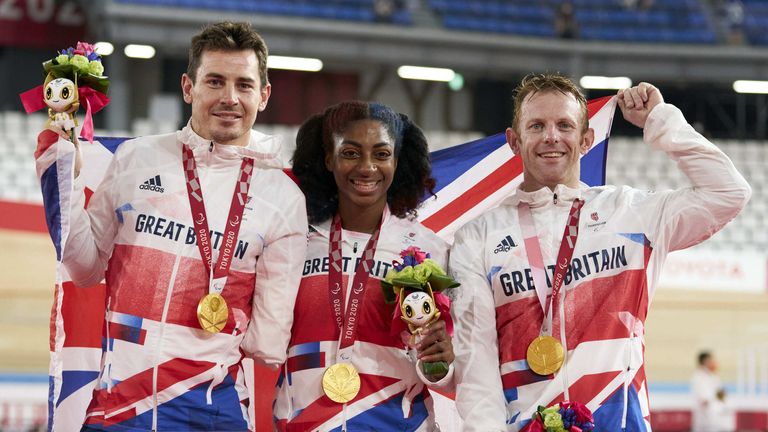 As she too celebrated her third Paralympic medal, Lora Fachie said: “I’ve never successfully defended a title before so I’m just delighted and it’s been an incredible day”.

“It’s been a childhood dream to be a world record holder and I now am thanks to this one (Corrine Hall).”

The Fachies’ successes were just two in an extraordinary day at the Izu velodrome. Cyclists Kadeena Cox, Jaco Van Gass and Jody Cundy beat China by little more than a tenth of a second to first place in the 750m team sprint.

These were the second golden performances by Cox and Van Gass at these games. Cox had won the women’s C4-5 500m time trial while the Afghanistan veteran Can Gass had taken gold for the 3000m individual pursuit.

For Jody Cundy this gold was the eighth title of his illustrious Paralympic career.