Oxbridge dons have been warned that discouraging applications from private schools could create a ‘brain drain’ to American Ivy League schools.

The number of UK teenagers being poached by leading US universities such as Yale or Harvard has more than doubled in the past decade, sparking fears that more will follow if Britain’s top institutions overlook public school leavers in favour of state-educated applicants.

Barnaby Lenon, chairman of the Independent Schools Council, told The Mail on Sunday: ‘It’s a threat to the world-class status of Oxford and Cambridge and it’s also damaging to the country because a good proportion of the brightest children will never come back. They will fall in love with an American, get a good job in America and stay there.’ 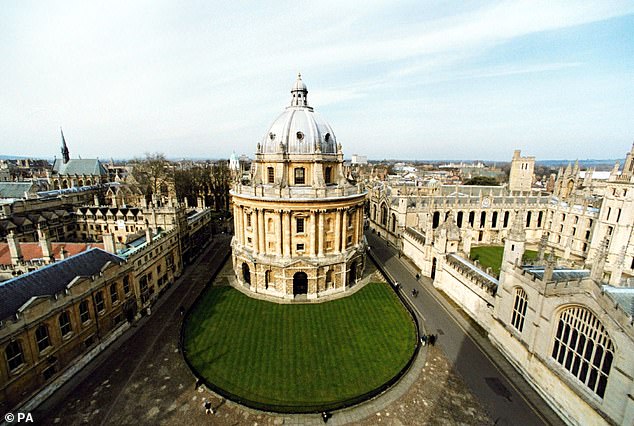 Now Mr Lenon has cautioned that the changes mean private school pupils are no longer made to feel valued by Oxbridge.

After his organisation found that the number of British students going to US universities rose from 411 in 2012 to 842 this year, he said: ‘Independent schools and grammar schools which get the best results are all being approached by universities from America and being offered, in many cases, big bursaries and scholarships. So there is a brain drain developing.

‘Oxford and Cambridge don’t often come to independent schools and say “We want you to increase the number of applicants to a college or university”, but we do get a steady stream of people coming from the top universities in the US and saying, “We want your best applicants.”

‘Not only are they not discriminating, but they are also positively encouraging in a way that British universities are not.’

Both Oxford and Cambridge said all students were assessed on their individual merits, but acknowledged that reaching beyond their traditional recruiting grounds led to more applications and therefore fiercer competition for limited places.

A spokesman for Cambridge said: ‘All those admitted to Cambridge deserve their places.’

An Oxford spokesman added: ‘We are confident all candidates to whom we make offers have fully earned them through their own achievements.’