Two men were filmed attacking each other on the Peckham street in broad daylight.

A shirtless brawler and his opponent were seen kicking, punching and wrestling each other.

At one point, one of them even throws the other bloke’s bag into the window of an oncoming bus.

Eventually locals stepped in to split up the melee after the bloke filming screamed: “Oh god, oh god, somebody break them up!” 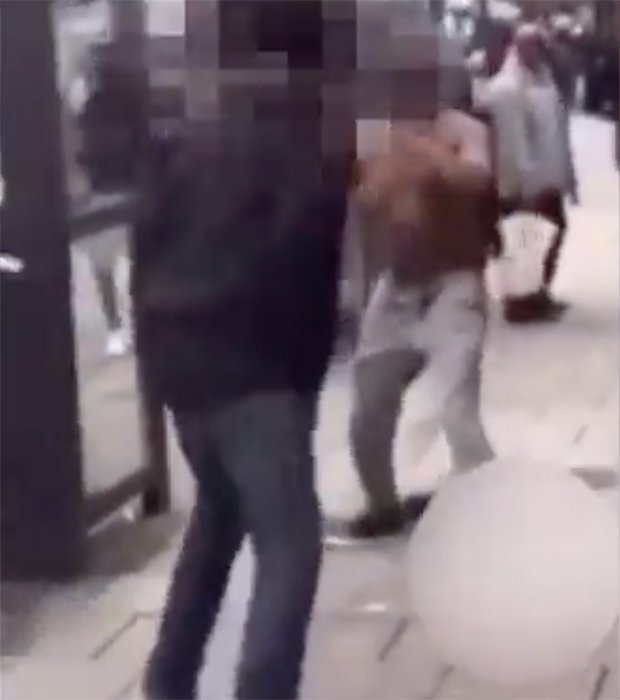 After it was shared on social media, one said: “Everyone loves Peckham.”

Another said: “They’re not using weapons. That’s how it should be.”

According to the Met Police, the incident was not reported.