Warnings issued for flooding and landslides as severe weather batters the Asian nation. 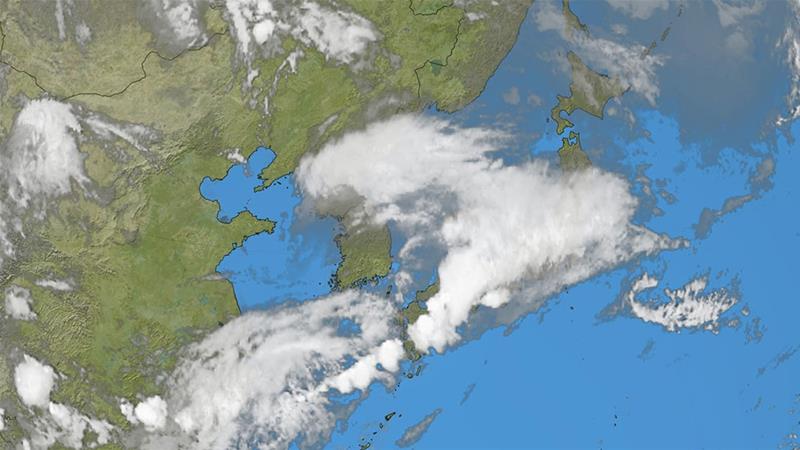 The Japan Meteorological Agency on Friday issued warnings for flooding and mudslides in central and western parts of the country.

One location in western Japan reported 61mm rainfall in just one hour. Such a large amount of precipitation in a short period of time will almost certainly lead to flooding and disruption.

The deluge came from the same weather system that had caused problems in eastern China and parts of South Korea.

The rain triggered flooding in parts of China, then forced the cancellation of flights and ferry operations on the island of Jeju as the system continued to strengthen.

Winds gusting up to 90 kilometres an hour tore down trees and powerlines, and damaged many properties.

The rain eased on Jeju on Friday, but the strong wind warnings continued, leaving passengers stranded at the airport and ferry terminals.

The weather should continue to improve over the next few days. However, the Japan Meteorological Agency said the rainy season has now set in over parts of southern and western Honshu, so more precipitation can be expected over the coming months.