There were bright spots, but the total lost acreage increased by 12 percent over all from the year before, according to new research. 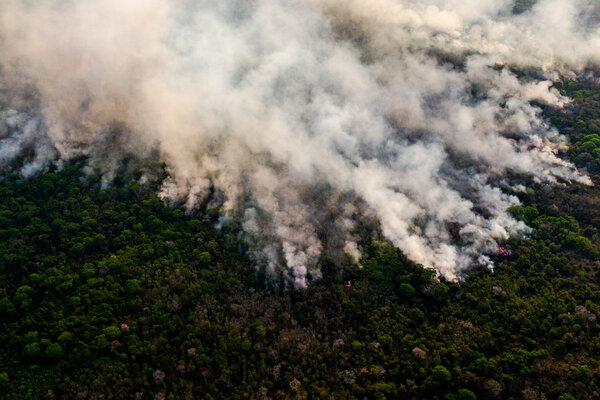 Tropical forests around the world were destroyed at an increasing rate in 2020 compared with the year before, despite the global economic downturn caused by the pandemic, which reduced demand for some commodities that have spurred deforestation in the past.

Worldwide, loss of primary old-growth tropical forest, which plays a critical role in keeping carbon out of the atmosphere and in maintaining biodiversity, increased by 12 percent in 2020 from 2019, according to the World Resources Institute, a research group based in Washington that reports annually on the subject.

Overall, more than 10 million acres of primary tropical forest was lost in 2020, an area roughly the size of Switzerland. The institute’s analysis said loss of that much forest added more than two and a half billion metric tons of carbon dioxide to the atmosphere, or about twice as much as is spewed into the air by cars in the United States every year.

“We’re still losing primary forest at an unacceptable rate,” said Rod Taylor, global director of the institute’s forest program. “A 12 percent increase year over year is too much when the trend should be going down.”

Brazil once again led the world in forest loss by a wide margin, as the pro-development policies of the country’s president, Jair Bolsonaro, led to continued widespread clear-cutting. Surging forest losses were also reported in Cameroon in West Africa. And in Colombia, losses soared again last year after a promising drop in 2019. 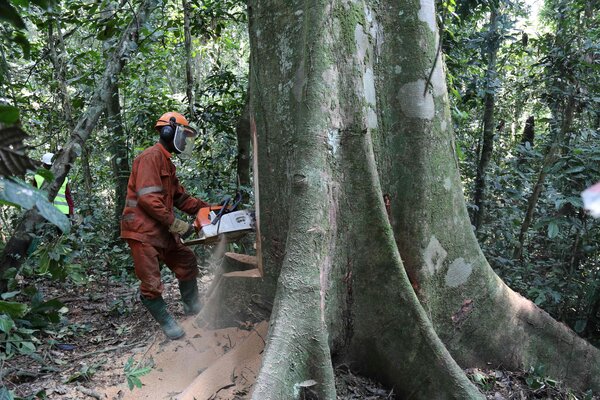 Indonesia and Malaysia were rare bright spots, with forest loss declining from 2019. For Indonesia, 2020 marked the fourth year in a row of declines, a sign the government was having success in its efforts to halt deforestation following a horrific fire season in 2015.

As in previous years, the institute said, most forest loss in the tropics was driven by agriculture, either the production of commodities like palm oil and cocoa or subsistence efforts by small farmers. In either case, forests are usually clear-cut and the resulting debris is burned to prepare the fields. Often these fires can grow out of control, resulting in greater forest loss, and the warming and drying brought on by climate change can make the situation even worse.

Most of the forest loss in Brazil occurred in the Amazon rainforest, as it has for years. But this year the Pantanal, the enormous wetlands region in the southern part of the country, which also covers parts of Bolivia and Paraguay, contributed greatly to the losses. The region experienced a historic drought, made worse by climate change, that led to a severe fire season, with 16 times more forest loss in 2020 than the year before.

Frances Seymour, a senior fellow at the institute, said that what happened in the Pantanal was just one example of global warming’s increasing role in forest loss. “The most ominous signal from the 2020 data is the number of instances where forests themselves have fallen victim to climate change,” she said. “Nature has been whispering this risk to us for a long time, but now she is shouting.”

Last year, anecdotal reports from Brazil and other countries suggested that deforestation was rising because of the pandemic, as the health crisis hampered governments’ efforts to enforce bans on clear-cutting, and as workers who lost their jobs because of the downturn migrated out of cities to rural areas to farm. But Mr. Taylor said the analysis showed “no obvious systemic shift” in forest loss as a result of the pandemic.

If anything, the crisis and the resulting global economic downturn should have led to less overall forest loss, as demand, and prices, for palm oil and other commodities fell. While falling demand may have helped improve the situation in Indonesia and a few other countries, Ms. Seymour said that globally it was “astonishing that in a year that the global economy contracted somewhere between 3 and 4 percent, primary forest loss increased by 12 percent.”

She said the world has yet to see the greatest impact on forests from the pandemic, “which will probably come into play as economies start to recover.”

The concern is that governments, facing deficits, “will be tempted to cut the budgets of enforcement agencies and license new investment projects that could lead to more forest loss,” she said. “Unless we offer alternatives, it is likely that government will try to restart their economies on the backs of forests.”

The data for the report was provided by scientists at the Global Land Analysis and Discovery laboratory at the University of Maryland, who have devised methods for analyzing satellite imagery to determine forest cover. The World Resources Institute refers to their findings as “forest cover loss” rather than “deforestation” because the analysis includes trees lost from plantations and does not distinguish between trees lost to human activities and those lost to natural causes.