WASHINGTON (Reuters) – U.S. President Donald Trump said on Wednesday he was sure China and Hong Kong would be able to “work things out” after mass protests in the city against an extradition bill that would allow people to be sent to mainland China for trial. 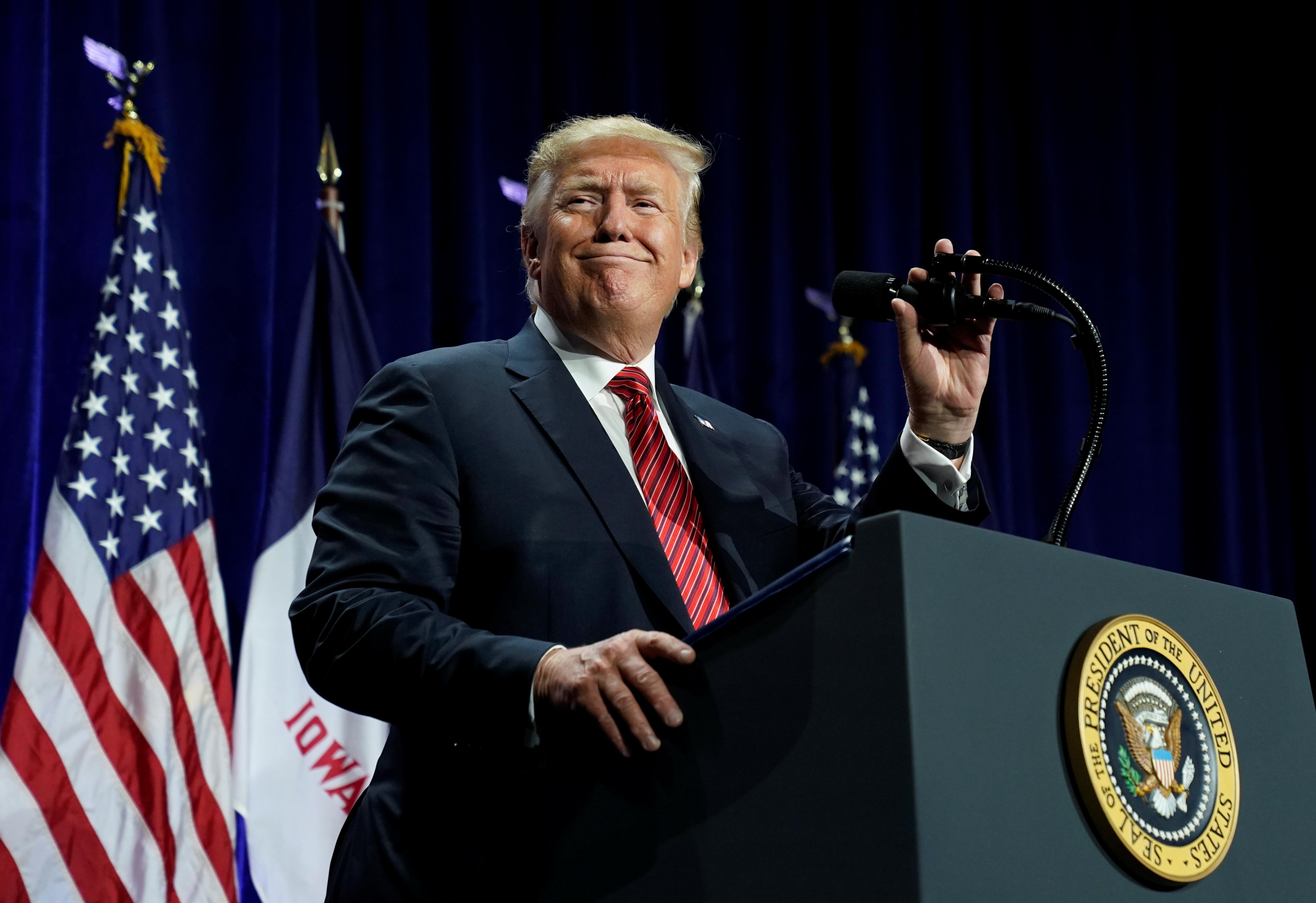 Hong Kong has been rocked by some of the worst violence it has seen since Britain handed it back to Chinese rule in 1997 with a guarantee of extensive autonomy and freedoms, including a separate legal system and freedom of speech.

U.S. Representative James McGovern, a Democrat, told Reuters he and Republican co-sponsors planned to put forward legislation on Wednesday or Thursday that would likely raise the standard for determining whether Hong Kong was sufficiently autonomous to receive special treatment from the United States on trade and economics.

McGovern said Trump should have made a stronger statement.

“The president should look at the reaction in Congress,” he said. “There is bipartisan outrage over what is happening … peaceful protesters being met with terrible violence by Hong Kong security forces. It’s unacceptable.”

Organizers said a protest on Sunday against the Hong Kong legislation drew more than a million people, or one in seven of the city’s population. Police put the figure at 240,000.

Speaking to reporters at the White House, Trump gave no indication of a U.S. policy response. “That was a million people. That was as big a demonstration as I’ve ever seen,” he said.

“I hope it all works out for China and for Hong Kong,” said Trump, who is engaged in a major trade war with Beijing. “I understand the reason for the demonstration, but I’m sure they will be able to work it out.” He did not say how he thought the issue would be resolved.

The United States has extensive business interests in Hong Kong and has been struggling to formulate a response to the latest standoff there, even as Trump battles Beijing on trade.

The State Department said on Monday it was gravely concerned about the proposed amendments to the extradition laws and warned that such a move could jeopardize the special status Washington affords Hong Kong.

Analysts, however, say any move to end such special treatment could prove self-defeating for the United States, whose firms have benefited from the business-friendly conditions in Hong Kong.

A U.S. congressional commission said last month that amending the extradition laws could provide grounds for Washington to re-examine elements of the bilateral relationship as outlined in the United States–Hong Kong Policy Act of 1992.

The act establishes a legal framework by which Washington accords Hong Kong special treatment distinct from the rest of China for purposes of U.S. domestic law, including visa, law enforcement and investment.

The State Department said this week it was concerned the amendments to the extradition laws could damage Hong Kong’s business environment and expose U.S. citizens in Hong Kong “to China’s capricious judicial system.” It said any amendments should be pursued with great care and in full consultation with local and international stakeholders.

In a letter to Hong Kong Chief Executive Carrie Lam on Tuesday, McGovern and Republican Senator Marco Rubio said the protests and international opposition “clearly suggest that, at a minimum, additional time is needed to consider alternatives that would preserve Hong Kong’s reputation and commitment to the rule of law.”

McGovern and Rubio, who would be a co-sponsor of the new legislation, wrote in their capacities as co-chairs of the Congressional-Executive Commission on China, which monitors human rights and trade relations with China.

Trump said on Wednesday he had a “feeling” that a U.S.-China trade deal could be reached, but again threatened to increase tariffs on Chinese goods if no agreement was made.