Pub keepers in Ireland have said that they were eventually paid in full after Don Trump Jr and Eric Trump walked out on their tab earlier this week, insisting the incident has been overblown in the media.

‘I would like to clarify that The Igoe Inn was paid in full for the round of drinks that Eric & Don bought for our customers. We appreciate their business,’ one pub keeper said on Facebook Saturday.

On Thursday, Don Jr and Eric stopped in five pubs and pulled pints for cheering crowds in the Irish village of Doonbeg, where the Trump Organization owns a hotel that they and President Donald Trump were visiting.

Earlier reports claimed that the Trump brothers had stiffed the pubs after offering to buy rounds for the house – but the pub keepers say that the local Trump hotel paid off the tabs. 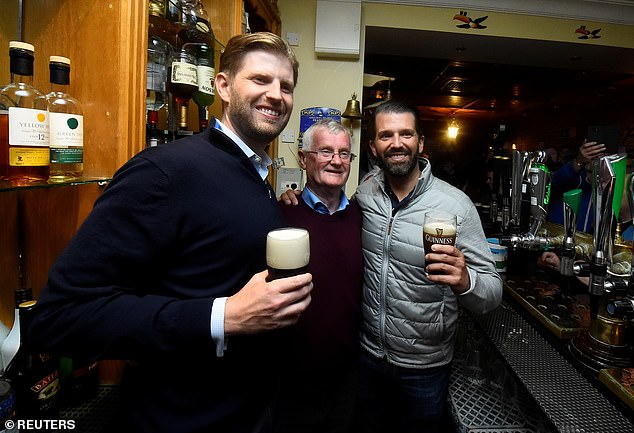 Pub keepers in Ireland say they have been paid in full for the Trump brothers’ visit on Thursday. Above, Eric and Don Jr are seen visiting one of the local pubs in Doonbeg 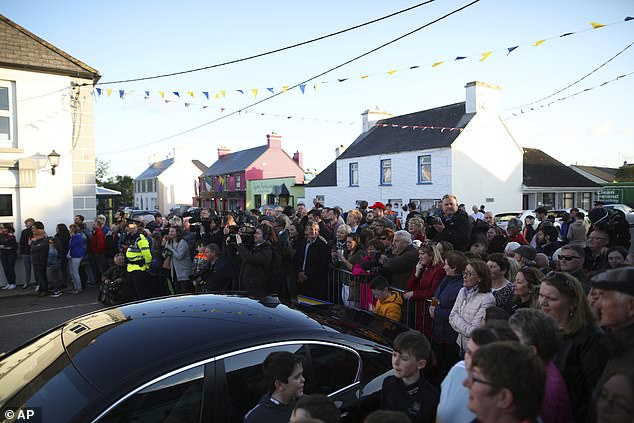 ‘I don’t think they carry cash. We were told it’d be all sorted later so there’s no problem,’ Caroline Kennedy, owner of Igoe, explained to the Irish Mirror.

She said that the brothers’ visit was a thrill and a boon to her business.

‘They were so lovely and down to earth and gave a great hello to everyone. I said, ‘Come on lads you have to come in and pull a drink’ so they did,’ she said.

‘We have the world press in our village and we are being zoomed in around the world and you couldn’t buy that publicity.’

Tommy Tubridy, owner of Tubridy’s bar and restaurant, echoed the sentiment, saying the visit was much appreciated.

‘Eric and Donald Jr are lovely people, they’re really down to Earth people. The way they mingled with the crowd was lovely,’ he said. 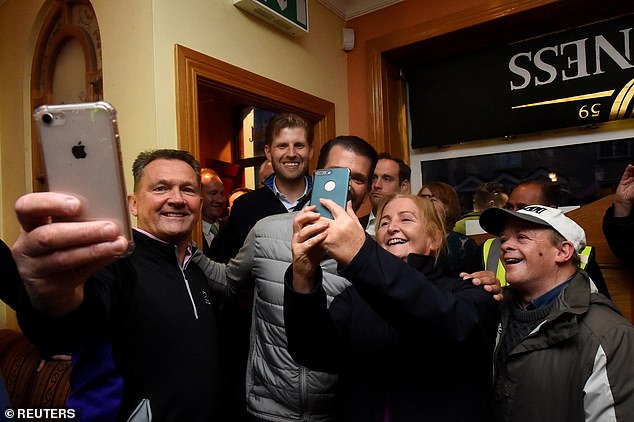 The U.S. press seized on the visit to claim that the Trump brothers had stiffed the pubs on their bills.

The Daily Beast, in a now corrected article, initially claimed that the pubs had not been paid at all.

Kennedy told the publication that she just needed to generate a purchase order in order for the hotel to pay off the brother’s tab.

There were also questions about whether taxpayers footed the bill for the Trump children joining their father on his the five-day diplomatic visit to Europe.

Donald Trump Jr., Eric Trump and his wife Lara, and Tiffany Trump all participated in high-profile ceremonial events despite having no role in the government.

The other children paid their own way, according to a person with direct knowledge of the situation.

They shelled out for hotel rooms and flew commercial, leaving and returning from New York City, the source said Friday: ‘The president’s family members are allowed to fly on Air Force One but they chose not to, to avoid ethical complications.’