DONALD Trump has lashed out at Mitch McConnell for blocking the $2,000 stimulus checks and says it's why Georgia turned Democrat.

The president roasted Kentucky’s Republican senior senator for blocking the increased stimulus checks, telling the Save America March in Washington, DC: “How does that play politically?" 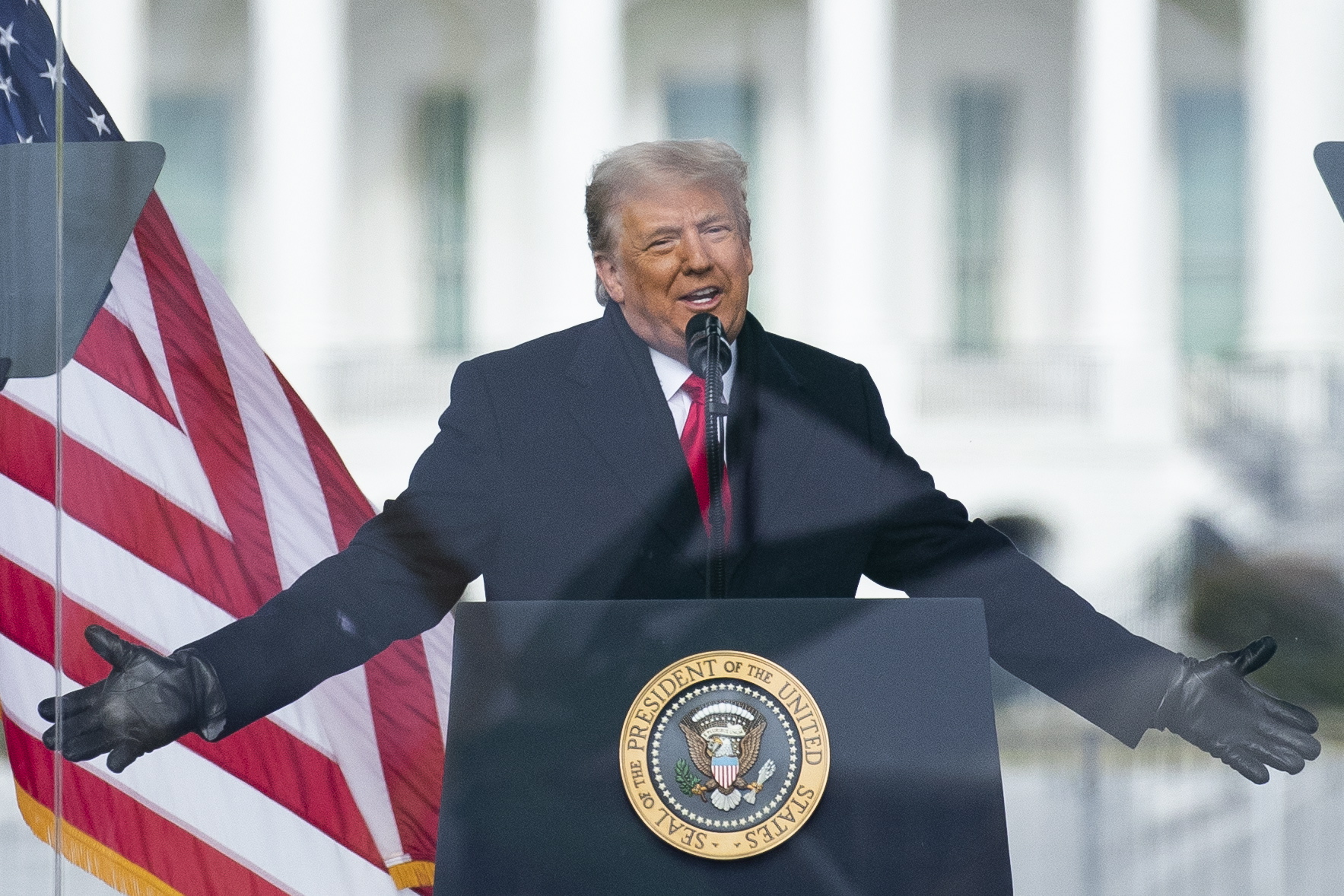 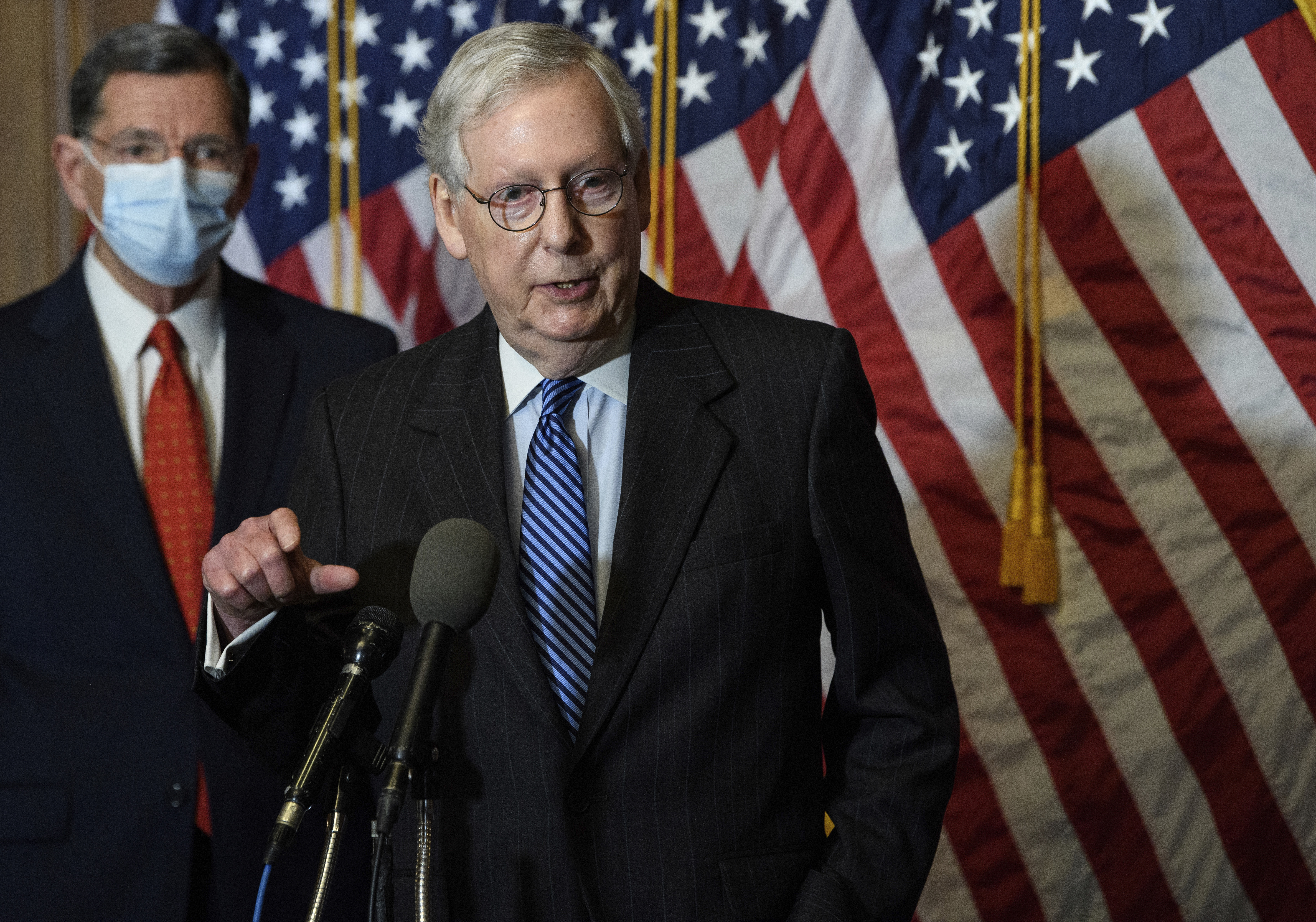 “And this has nothing to do with politics. China destroyed these people. We wanna give them $600 and they just wouldn’t change.

On Monday, the Georgia Senate runoff race between Democrat Raphael Warnock and Republican Kelly Loeffler was called for Warnock, who would be the first black senator in the Peach State.

The race between Democrat Jon Ossoff and Republican David Perdue has not yet been called, but Ossoff claimed victory early on Wednesday.

At the end of last year McConnell, 78, blocked the increase in stimulus checks for a second time, saying it was “socialism for rich people."

The Senate majority leader said the coronavirus relief bill that was passed by the House would send "thousands of dollars to people who don’t need the help."

“Borrowing from our grandkids to do socialism for rich people is a terrible way to get help to families who actually need it,” McConnell said. 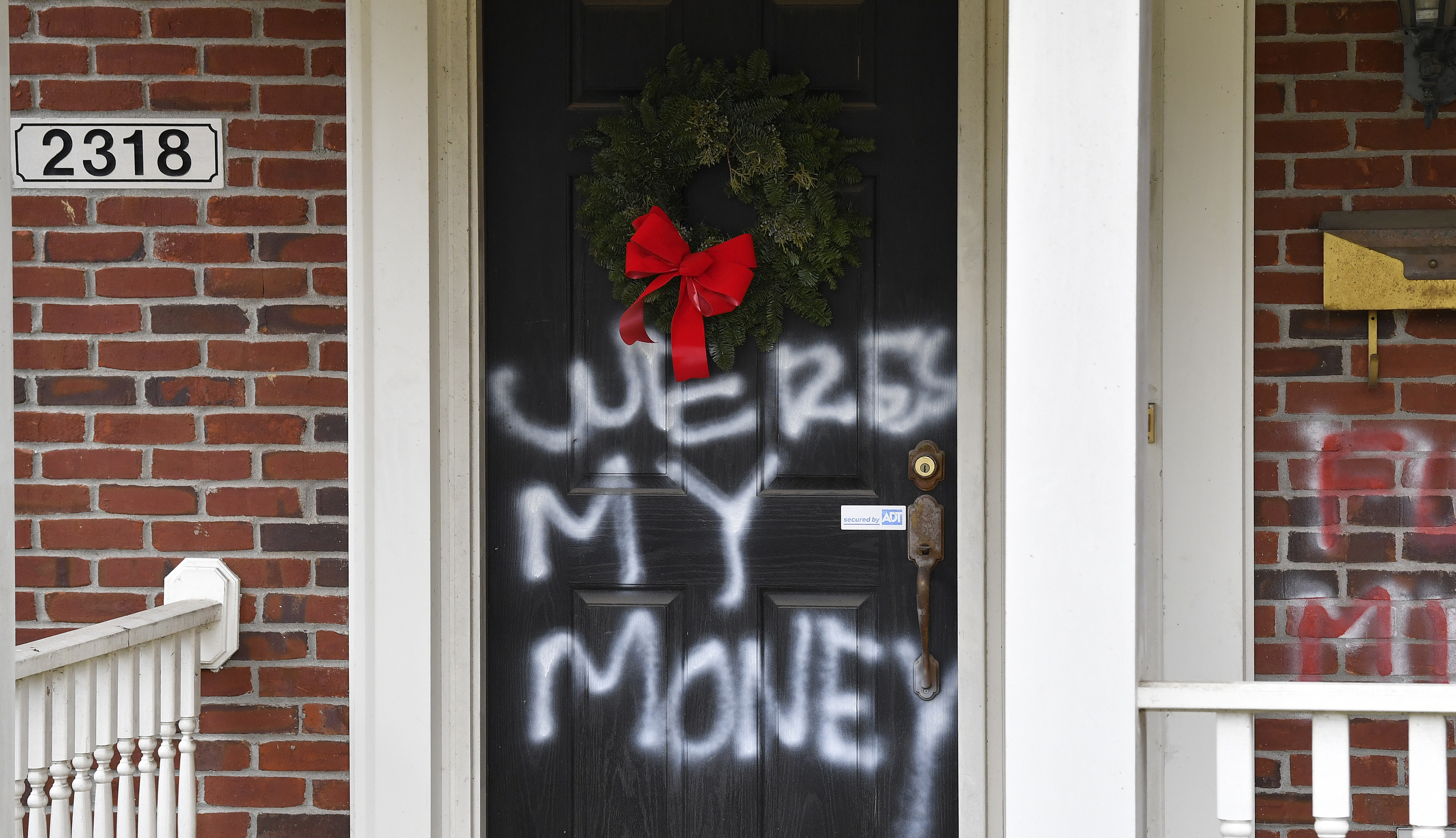 “Washington Democrats took President Trump’s suggestion and skewed it so the checks would benefit even more high-earning households.”

“Imagine a family of five where the parents earn $250,000 per year and have not seen any income loss this past year. Speaker Pelosi and Senator Sanders want to send them $5,000 from Uncle Sam."

Trump has previously called for $2,000 stimulus checks, and Democrats have sided with him.

The majority of Republican lawmakers have been against the stimulus checks – citing concerns about a rise in the national debt.

During today’s rally in Washington, DC, Trump also raged against what he called a “bulls**t election” and urged Mike Pence to "do the right thing."

"We will not take it anymore."

Trump insisted: "This was not a close election." 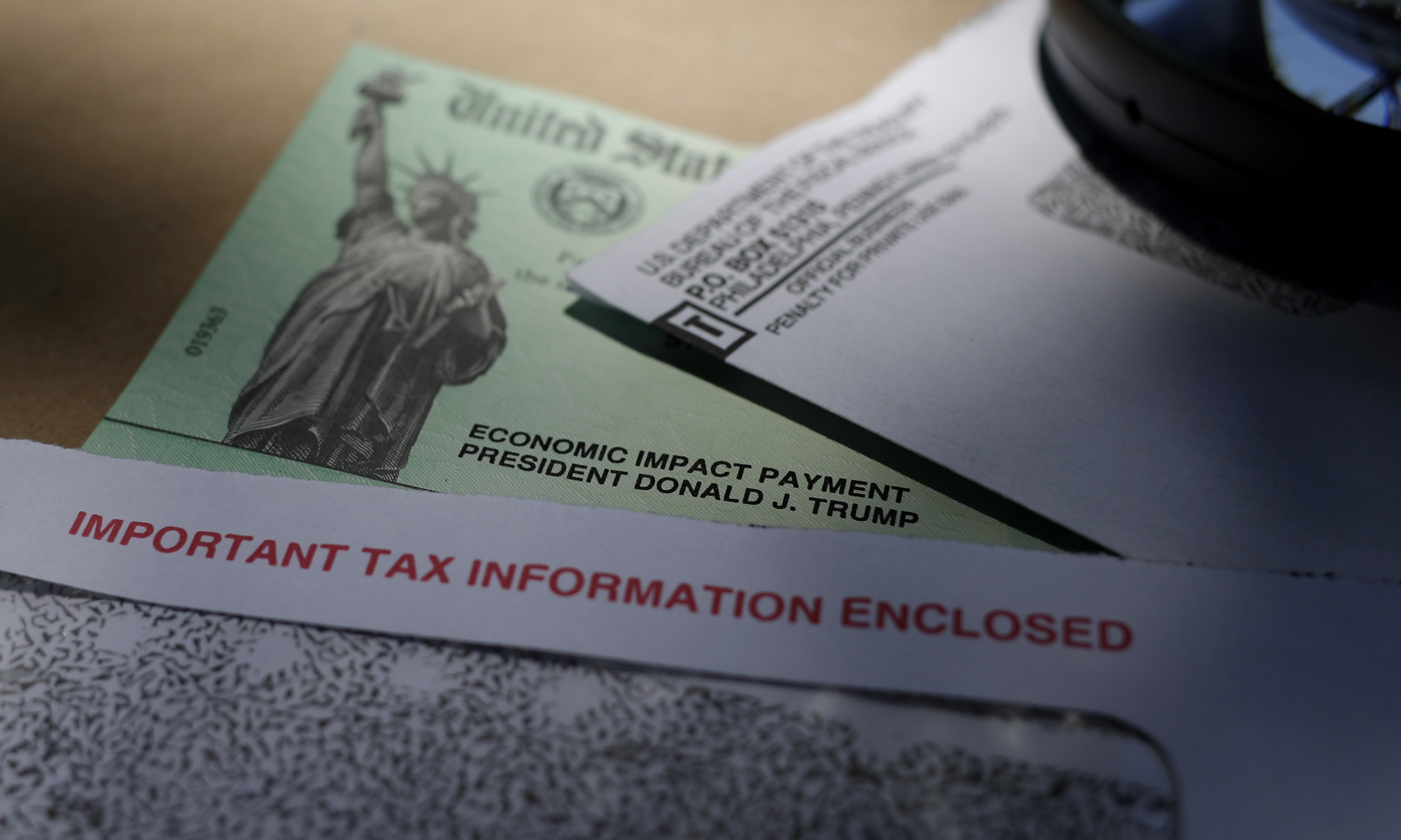 He later questioned: "Does anybody really believe Joe had 80million votes?"

Despite claims from Trump and his supporters, elections officials have repeatedly said there's zero evidence of fraud that would alter the outcome of the election.

Trump then slammed late-night vote counting in the presidential election as "explosions of bulls**t."

He again pushed Vice President Mike Pence to "do the right thing" and fight Biden's win.

Trump urged: "Mike Pence has to agree to send it back."

As Trump spoke, Pence released a statement, stating that while members of Congress have the right to object election results, he will not block its certification.

"It is my considered judgement that my oath to support and defend the Constitution constrains me from claiming unilateral authority to determine which electoral votes should be counted and which should not," Pence said.

END_OF_DOCUMENT_TOKEN_TO_BE_REPLACED

END_OF_DOCUMENT_TOKEN_TO_BE_REPLACED
Recent Posts
We and our partners use cookies on this site to improve our service, perform analytics, personalize advertising, measure advertising performance, and remember website preferences.Ok