Speaking at an Ohio campaign event on Monday, Biden recalled a story from a “particular senator” who told him while he was running for Senate re-election that he’d campaign for him in Delaware. 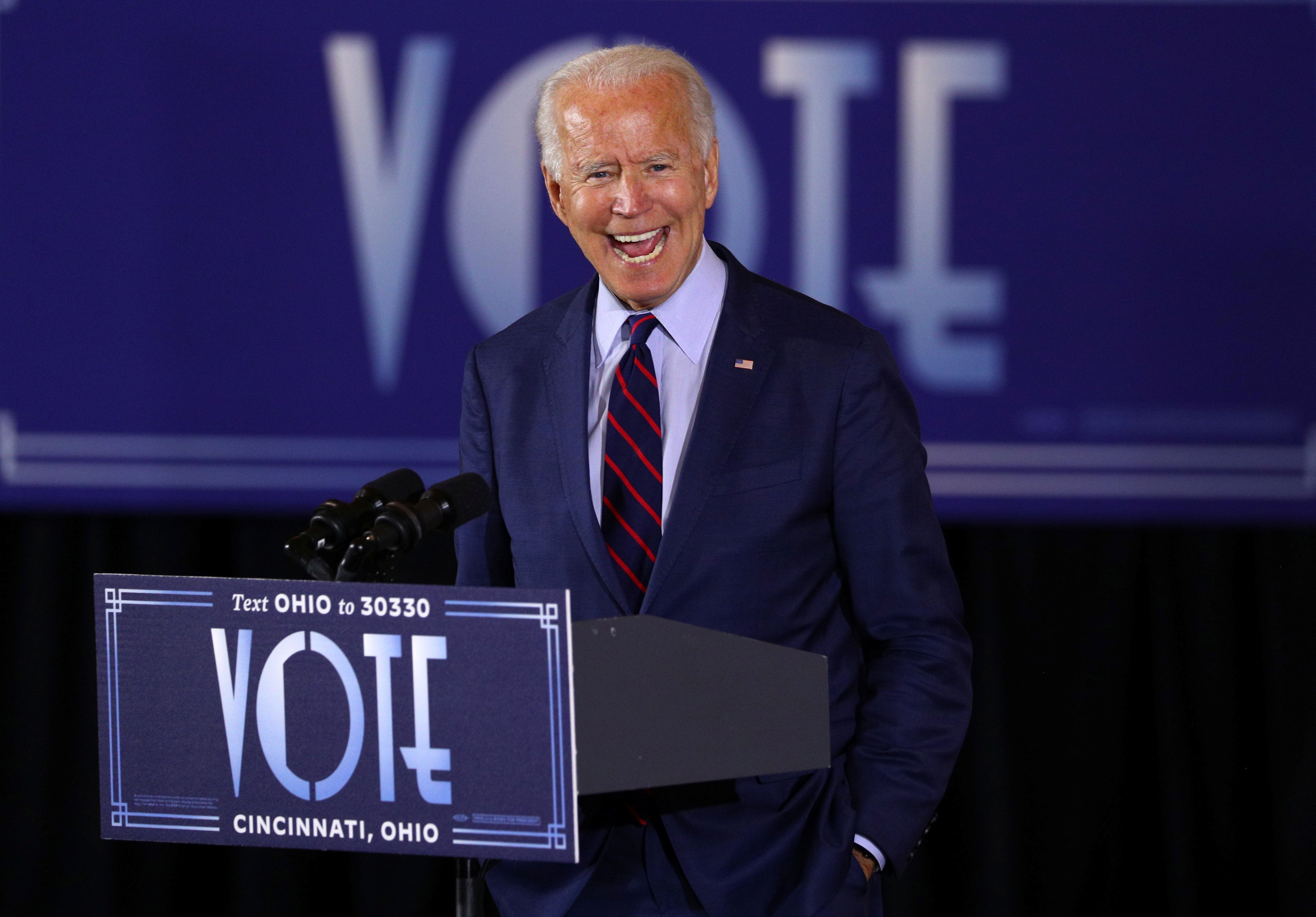 Biden, 77, said the senator told him: “He said, ‘Joe, I’ll come to Delaware for you and campaign for you, or against you, whichever will help the most.’”

Biden didn’t explicitly say who the senator was on Monday, but the Trump campaign noted that Biden gave a similar speech in 2012 – and said the senator in 1978 was James Eastland.

"The Senator that Biden spoke of affectionately during this story he told today?" the Trump campaign tweeted on Monday. "It's noted segregationist James Eastland."

Eastland represented Mississippi in the 36 years and although he was a Democrat, he was often at odds with the party because of his stance on race.

Eastland, who died in 1986, was a noted segregationist who, according to his New York Times obituary, often said blacks were ''an inferior race.'' 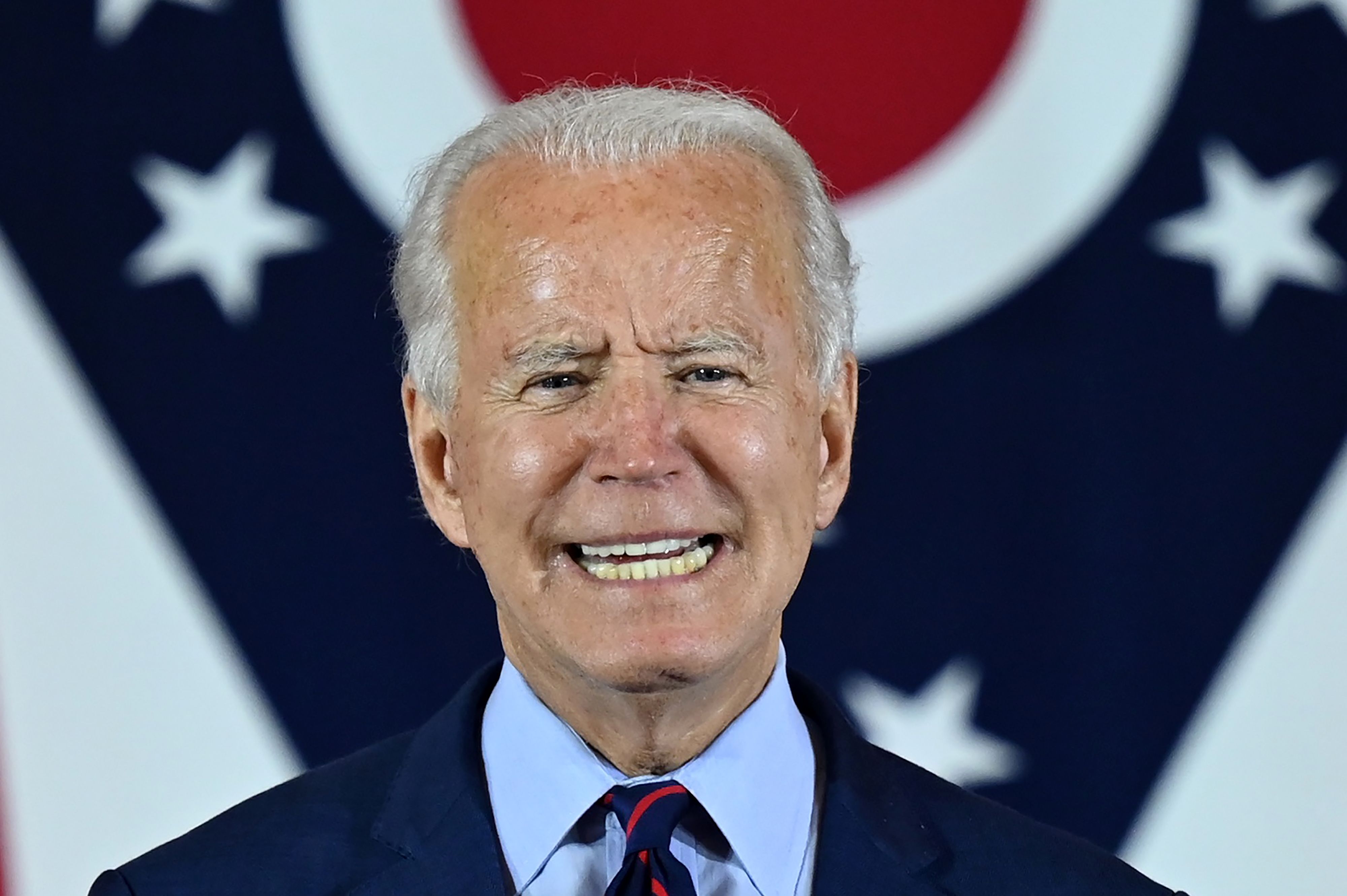 “What the people of this country must realize is that the white race is the superior race, and the Negro race is an inferior race,” Eastland said, according to historian James T Patterson’s 1996 book, Grand Expectations: The United States, 1945-1974.

Eastland’s opposition to civil rights legislation was effective throughout his time in office, but he didn’t like to think about it in his later years.

″Our state is over the hump now. I think we ought to forget the battles we had,” he once said.

Biden worked with Eastland in the 1970s on a bill to stop court-mandated desegregation of schools through anti-busing legislation. 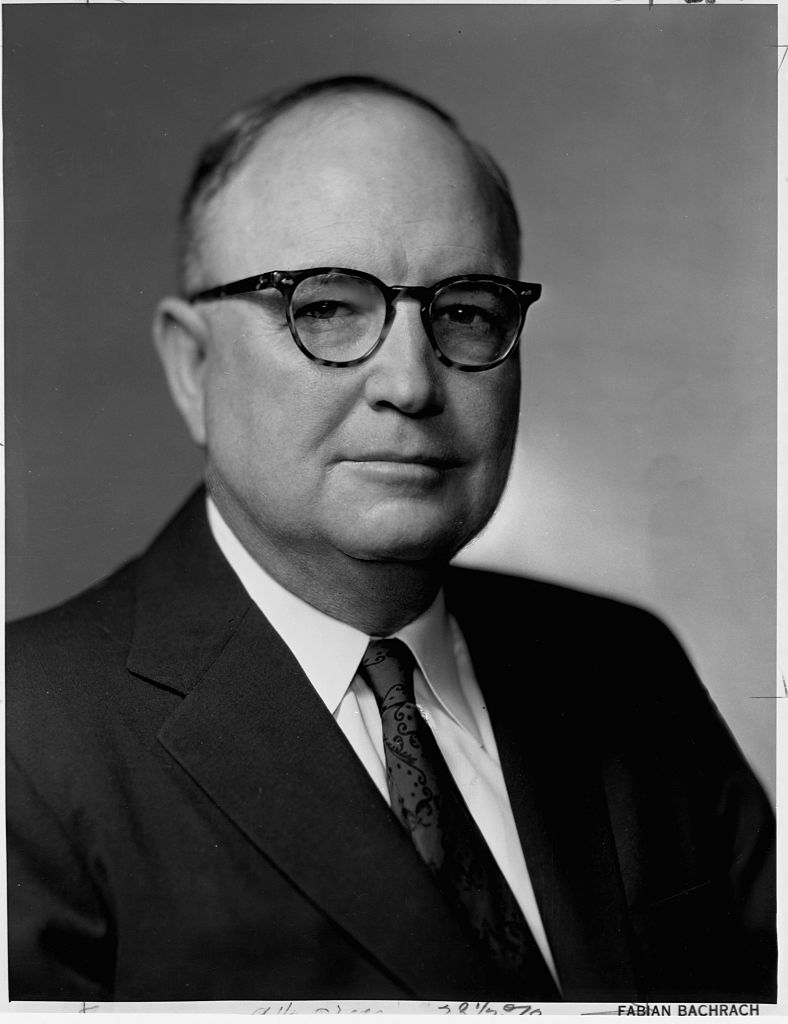 Biden opposed mandatory school busing when he was a prominent senator in the 1970s and 80s, and sponsored a congressional measure that would have limited funding for federal busing efforts.

He and his now-vice presidential running mate, California Senator Kamala Harris, sparred over this at a Democratic presidential debate in June 2019.

At the time, Biden boasted about being able to work with senators he disagreed with, including ones who supported segregation. 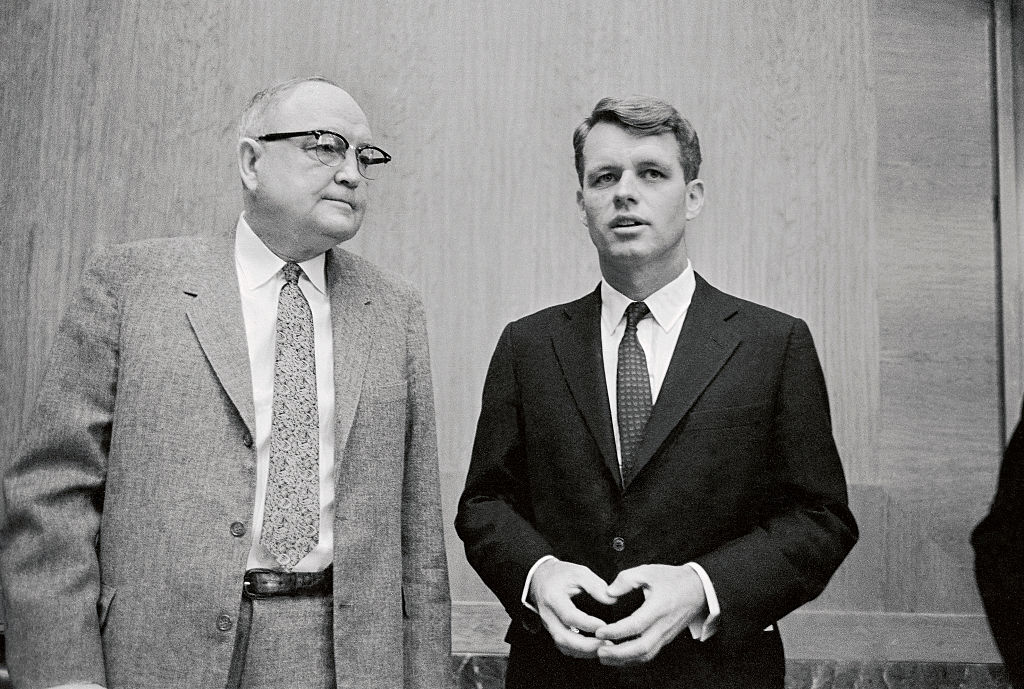 Harris said she didn’t think Biden was racist, and said she agreed on committing “yourself to the importance of finding common ground.”

Harris said: “But I also believe, and it's personal, and it was hurtful to hear you talk about the reputations of two United States senators who (have) built their reputations and career on the segregation of race in this country."

Biden said Harris’ remarks were “a mischaracterization of my position across the board. I do not praise racists. That is not true.”

Weeks later, Biden said he was wrong on his comments about his track record of working well with segregationists. 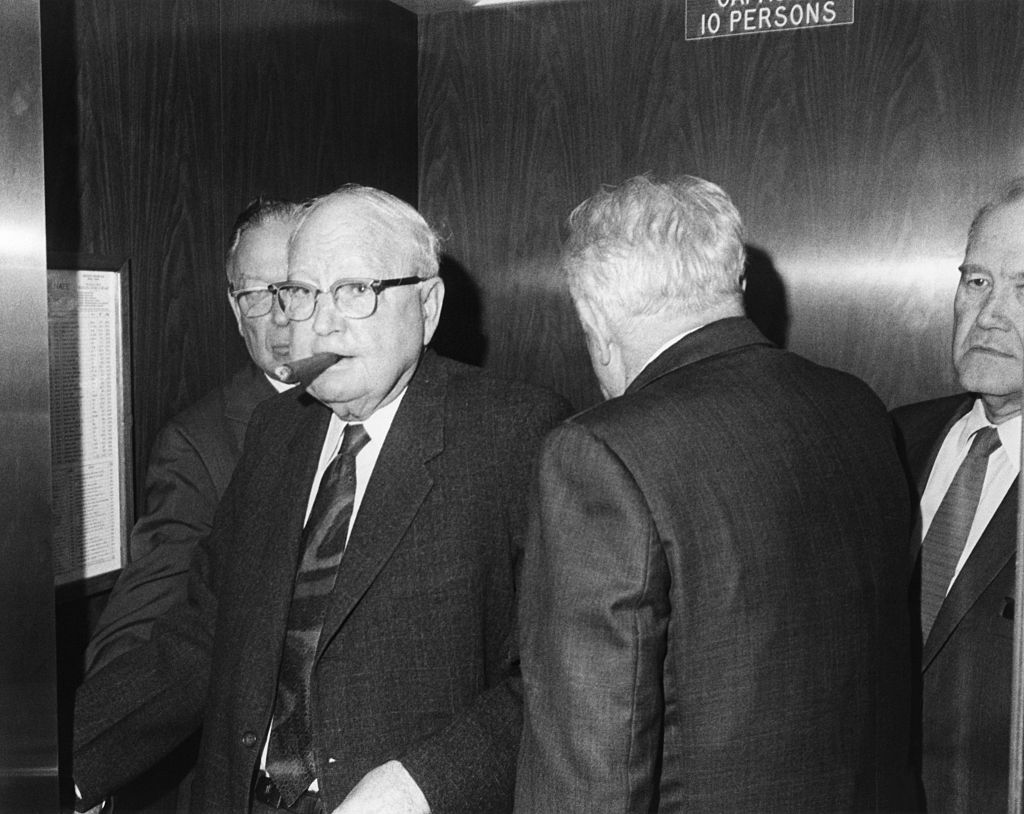 “Was I wrong a few weeks ago?” Biden asked. “Yes, I was. I regret it, and I’m sorry for any of the pain of misconception that caused anybody.”

Earlier this year, Biden said during an interview with The Breakfast Club’s Charlamagne tha God that “you ain’t black” if you vote for President Donald Trump. 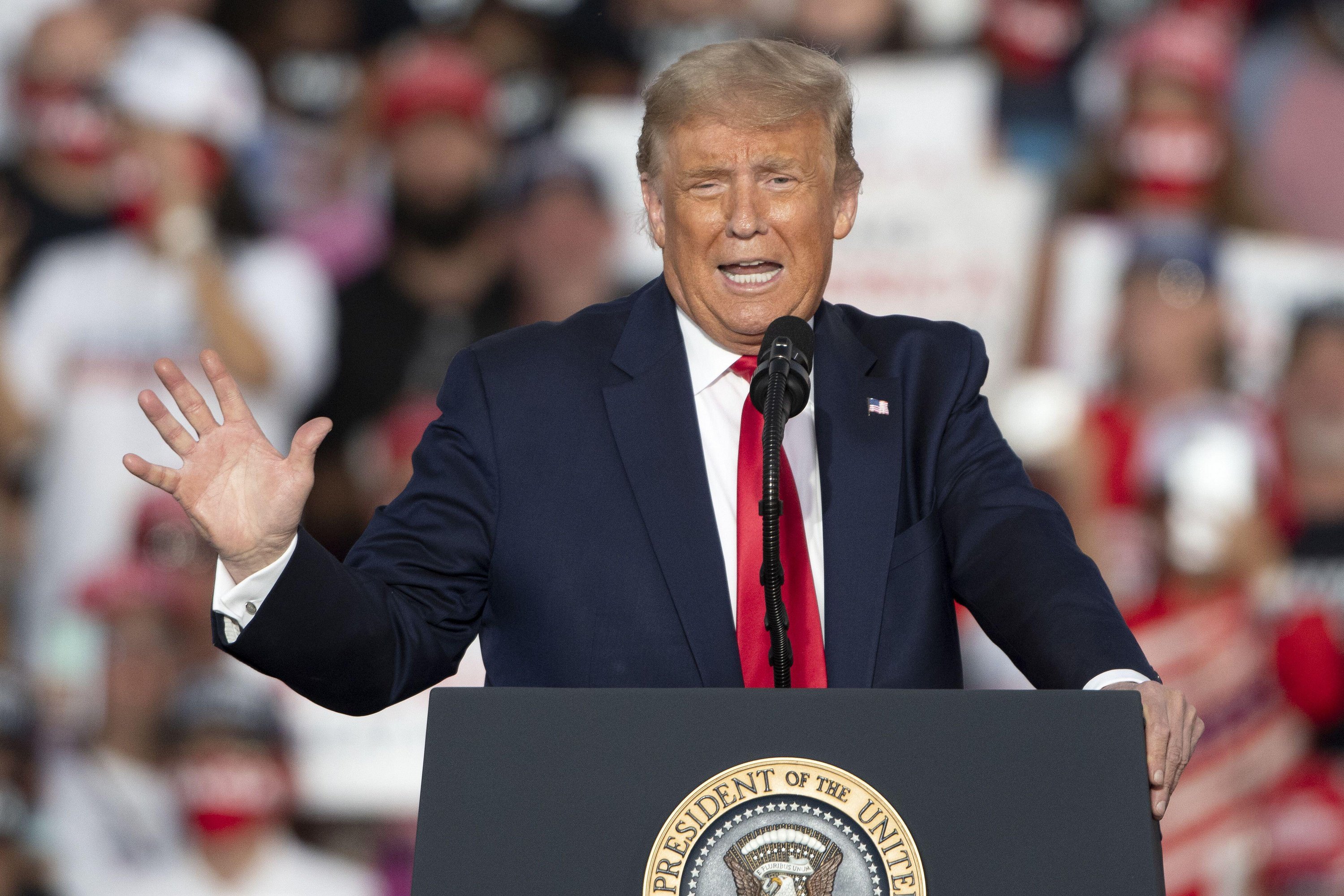 “I tell you what, if you have a problem figuring out whether you’re for me or Trump, then you ain’t black,” Biden quipped during the interview, which quickly received backlash.

Biden swiftly issued an apology after, saying: “Perhaps I was much too cavalier.”

“I know the comments have come off like I was taking the African vote for granted But nothing could be further from the truth," he said. "I shouldn’t have been such a wise guy."

END_OF_DOCUMENT_TOKEN_TO_BE_REPLACED

END_OF_DOCUMENT_TOKEN_TO_BE_REPLACED
Recent Posts
We and our partners use cookies on this site to improve our service, perform analytics, personalize advertising, measure advertising performance, and remember website preferences.Ok