DONALD Trump has told Capitol-storming supporters that the "election was stolen from us" and urged them to "go home in peace."

Trump made the announcement on Twitter on Wednesday afternoon. 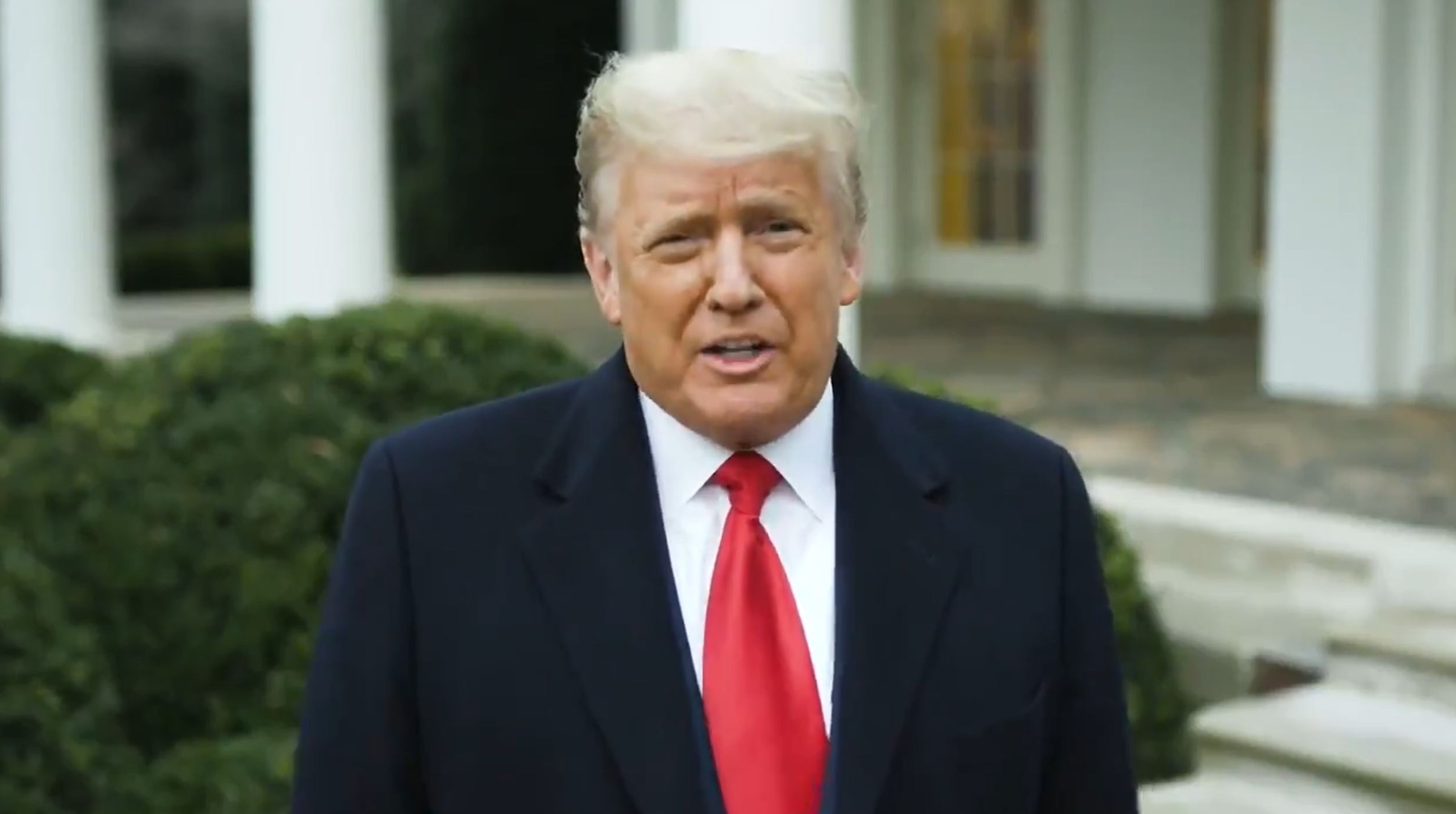 Speaking in a video, the president said: "I know your pain. I know you're hurt. We had an election that was stolen from us.

"It was a landslide election and everyone knows it – especially the other side.

The outgoing president told his fans insisted "we don't want anybody hurt."

Before telling his supporters they are "very special" and "we love you," Trump acknowledged this is a "tough" time.

He added: "There's never been a period of time like this where such a thing happened where they could take it away from all of us.

"This was a fraudulent election, but we can't play in to the hands of these people. We have to have peace."

The president urged people to "go home and go home in peace" – insisting that he knows how they feel.

Trump's video was released just minutes after Joe Biden demanded that he goes on live TV and denounce the rioting at Capitol Hill in Washington DC.

President-elect Biden called the scene at Capitol Hill "unlike anything we've seen in modern times."

Biden addressed the riots on Capitol Hill as "an unprecedented attack."

He said: "Our democracy is under an unprecedented assault. An assault on the rule of law like few times we've ever seen it.

"The scenes of chaos at the capitol do not represent who we are. It's disorder, it's chaos, it borders on sedition. It must end now."

Trump's pushed for peace after hundreds of his fans sieged the Capitol building and a woman was shot as bloody clashes erupted in Congress.

The female was shot in the neck and is in critical condition, while tear gas was fired by police in sickening scenes.

Meanwhile, another Trump fan was spotted with a "hole in his face."

Vice President Mike Pence was evacuated from the House chamber as the Capitol was put on lockdown, sources told Bloomberg.

END_OF_DOCUMENT_TOKEN_TO_BE_REPLACED

END_OF_DOCUMENT_TOKEN_TO_BE_REPLACED
Recent Posts
We and our partners use cookies on this site to improve our service, perform analytics, personalize advertising, measure advertising performance, and remember website preferences.Ok