WASHINGTON/DUBAI (Reuters) – U.S. President Donald Trump threatened on Tuesday to obliterate parts of Iran if it attacked “anything American,” in a new war of words with Iran which condemned the latest U.S. sanctions on Tehran and called White House actions “mentally retarded.”

Iran shot down a U.S. drone last week and Trump said he had called off a retaliatory air strike with minutes to spare, saying too many people would have been killed. It would have been the first time the United States had bombed the Islamic Republic in four decades of mutual hostility.

In rhetoric similar to the kind of harsh words he used to aim at North Korea, Trump tweeted: “Any attack by Iran on anything American will be met with great and overwhelming force. In some areas, overwhelming will mean obliteration.”

In a televised address on Tuesday, Iranian President Hassan Rouhani said the new sanctions against Khamenei would have no practical impact because the top cleric had no assets abroad.

Rouhani, a pragmatist who won two elections on promises to open Iran up to the world, said the White House’s actions were “mentally retarded” – an insult that other Iranian officials have used in the past about Trump, but a departure from Rouhani’s own comparatively measured tone over the years.

“Tehran’s strategic patience does not mean we have fear,” said Rouhani, who with his cabinet runs Iran’s day-to-day affairs while Khamenei, in power since 1989, is the country’s ultimate authority.

The United States has imposed crippling financial sanctions against Iran since last year when Trump withdrew from a 2015 deal between Tehran and world powers under which Iran curbed its nuclear program.

Tension has escalated sharply since last month when the Trump administration tightened its sanctions noose, ordering all countries to halt purchases of Iranian oil.

That has effectively starved the Iranian economy of the main source of revenue Tehran uses to import food for its 81 million people, and left the pragmatic wing of Iran’s leadership, led by Rouhani, with no benefits to show for its nuclear agreement.

Trump says the accord reached under his predecessor Barack Obama was a failure because its terms were not permanent and did not cover security issues beyond the nuclear program, such as missiles and role in various Middle East conflicts.

The downing of the U.S. drone – which Iran says was over its air space and the United States says was in international skies – followed weeks of rising tensions that had begun to take on a military dimension.

Trump’s hawkish national security adviser, John Bolton, visiting Israel, repeated earlier offers to hold talks, as long as Iran was willing to go beyond the terms of the 2015 deal.

“The president has held the door open to real negotiations to completely and verifiably eliminate Iran’s nuclear weapons program, its pursuit of ballistic missile delivery systems, its support for international terrorism and other malign behavior worldwide,” Bolton said in Jerusalem. “All that Iran needs to do is to walk through that open door.”

Iran says there is no point negotiating with Washington when it has abandoned a deal that was already reached.

Foreign Ministry spokesman Abbas Mousavi said imposing “useless sanctions” on Khamenei and Zarif would mark “the permanent closure of the path of diplomacy.” 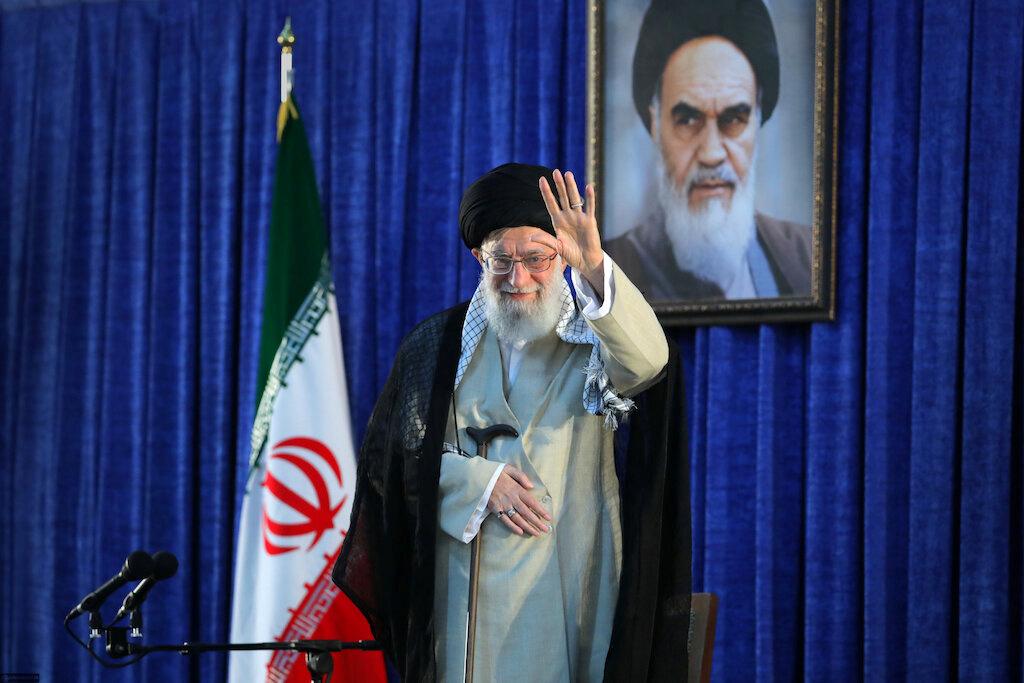 The United States and some regional allies have blamed Iran for explosions that damaged tankers in the Gulf, which Tehran denies. Washington’s European allies have repeatedly warned both sides of the danger that a small mistake could lead to war.

Tehran has given European signatories until July 8 to find a way to shield its economy from U.S. sanctions, or else it will enrich uranium to higher levels banned under the deal to help ensure no development of a nuclear weapon results.

Acting U.S. Defense Secretary Mark Esper said he hoped to recruit support from NATO allies in Brussels this week for U.S. efforts to deter conflict with Iran and “open the door to diplomacy,” as he made his first trip as Pentagon chief.

END_OF_DOCUMENT_TOKEN_TO_BE_REPLACED

END_OF_DOCUMENT_TOKEN_TO_BE_REPLACED
Recent Posts
We and our partners use cookies on this site to improve our service, perform analytics, personalize advertising, measure advertising performance, and remember website preferences.Ok