A man in Arizona is accused of setting fire to a home in Tucson before engaging in a deadly shooting spree that left one neighbor dead and two first responders and a fire captain wounded before a police officer managed to neutralize the suspect and prevent any further loss of life.

A woman who lived there is presumed dead, as yet-to-be identified remains were found badly burned at the scene. Three children who also lived at the home have since been found safe with relatives.

“Mr. Scarlett has a criminal history that includes serving six years in prison for armed robbery. He also has a history of mental health issues,” Magnus said. “There are far too many individuals with violent criminal intent and the means to injure and kill people. Too often, first responders, such as police, fire and emergency medical service personnel become targeted for reasons that are unclear.”

“Is it a vendetta, the uniform, the authority it represents or just that police, fire and EMS are the ones out in the field responding to crises and dealing with deeply troubled people day in and day out?” the chief continued.

“The real question we should be asking is how can be coordinate the work of our criminal justice and mental health systems to prevent these terrible attacks? Who are these ticking time bombs and is there anything we can do, working together instead of in silos, to predict their level of risk?” Magnus said. “How does someone like the suspect in this case, a prohibited possessor, even come to have a firearm? There are many unanswered questions right now that need to be pursued further in the days to come.”

After setting the home ablaze, Scarlett left the scene and headed to a nearby park, where he ambushed two emergency responders who had been standing outside an America Medical Response ambulance stationed at Quincie Douglas Center for “an unrelated medical emergency,” Magnus said. 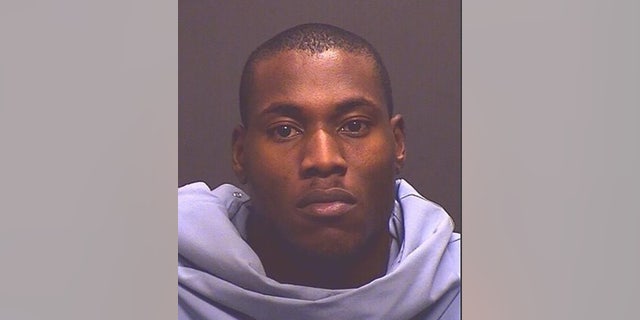 Scarlett returned to the scene of the house fire, where he then opened fire on firefighters, neighbors and “basically anyone who was trying to help,” Magnus said, adding that the suspect fatally shot one neighbor, identified as 44-year-old Cory Saunders, in the head. Saunders is survived by his 11-year-old son, who Magnus said witnessed the attack that killed his father.

A captain with the Tucson Fire Department, who was shot in an arm, was treated and released and was recovering at home as of Monday. A second neighbor who was grazed in the head by a round fired by the suspect “did not require further medical treatment at the hospital,” Magnus said.

Scarlett then left the scene of the house fire a second time, before ramming a police car that was responding to the incident, Magnus said. The driver, identified as Officer Danny Leon, an eight-year veteran of the Tucson Police Department, immediately got out and took cover. The suspect fired three rounds at the officer, who returned fire, striking Scarlett, Magnus said. 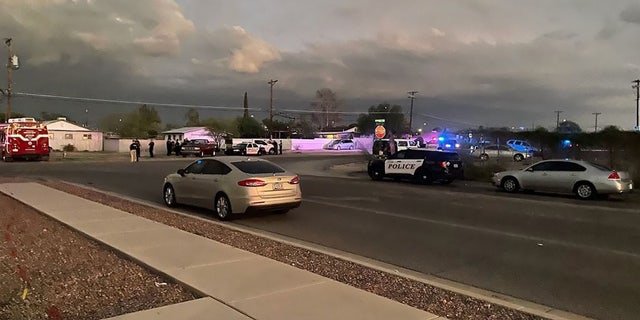 Leon and other officers rendered first aid to Scarlett. ATF also sent personnel to the scene.

“His actions serve as a critical reminder for the role police play in protecting the public,” Magnus said of Leon. “His ability to go from using deadly force to rendering first aid is remarkable – but not unusual.”

Magnus played out to reporters at the press conference a portion of audio from the fire department’s radio, as well as officer-worn body camera footage of the incident from Leon’s perspective.

Tucson Mayor Regina Romero described how Leon “responded immediately to the scene, knowing he would be entering harm’s way.”

“Despite his car being rammed and shots being fired directly him, he demonstrated incredible composure and bravery in neutralizing the threat,” she said. “His actions were heroic and likely saved lives.”

According to the Arizona Department of Corrections, Scarlett has a criminal history that includes a 2007 conviction for an attempted armed robbery. He was sentenced to six years and was released in August 2013, the Associated Press reported.