Two circus tigers have been shot dead after they escaped and mauled their keeper to death in China in the latest incident of lax safety in the country’s zoos.

The tigers belonged to a circus that had rented them out to a tourist attraction near the city of Nanyang in the Henan province, according to Xinhua news agency.

A staff member, surnamed Jia, was feeding the big cats when they suddenly got loose and mauled the keeper, who later died in hospital, the report said.

It comes soon after three leopards escaped in a separate incident in eastern China, while authorities are still hunting for one of the animals, which remains on the loose. 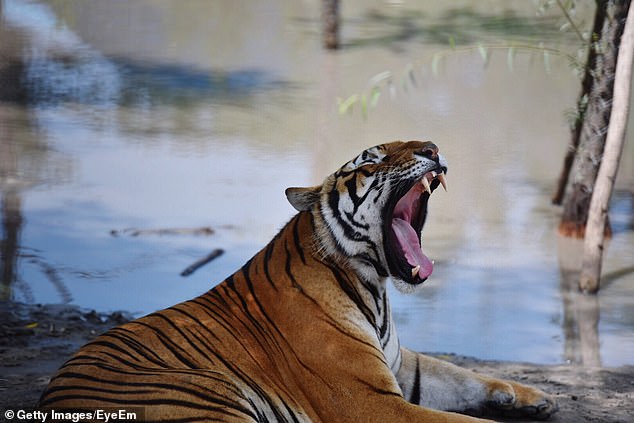 After the tigers escaped, local residents were evacuated while authorities launched a search for the cats, which included laying out chicken meat laced with tranquilizers, state television said.

But after attempts to recapture the tigers failed, authorities shot the animals dead on Tuesday afternoon. The reports gave few other details.

Meanwhile, an animal breeder at a zoo in eastern Anhui province was killed by a tiger on Sunday in a separate incident.

The 55-year-old keeper, surnamed Yang, was mauled by a tiger while he cleaned its cage, according to state-run newspaper Global Times. 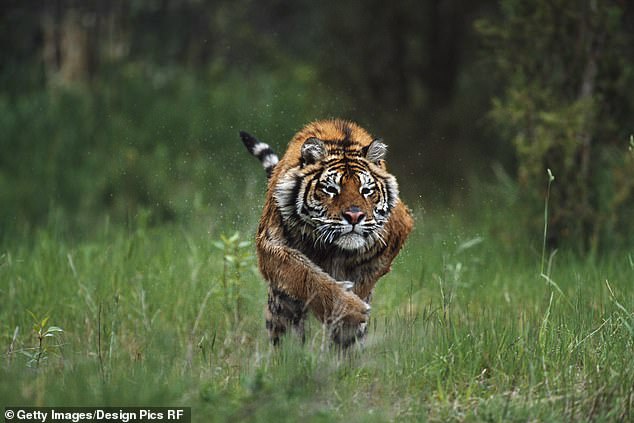 After the tigers escaped, residents were evacuated while authorities searched for the cats, but the attempts to recapture the tigers failed and they were shot on Tuesday (stock image)

The zoo keeper, who had worked at Zhanggongshan Zoo for nearly two decades, was hospitalized on Sunday with scratch and bite marks and later died in hospital.

It is believed that the tiger handler had entered the cage to clean it without making sure the door of the cat’s isolation cubicle was locked, state media reported.

The issue of lax safety and abysmal animal welfare in Chinese zoos and safari parks hit the headlines in recent weeks after three leopards escaped a safari park in Hangzhou, Zhejiang.

Careless cage-cleaners were blamed for letting the leopards out after they escaped on April 19, but the Hangzhou Safari Park hid the breakout for nearly three weeks to avoid bad publicity, police said.

The park said it delayed making a public statement to avoid causing panic, but has been attacked online for allowing the animals to escape and endangering residents by not alerting the public in a timely fashion.

The safari park said it was ‘sincerely sorry’ for not announcing the incident sooner, according to a previous statement. 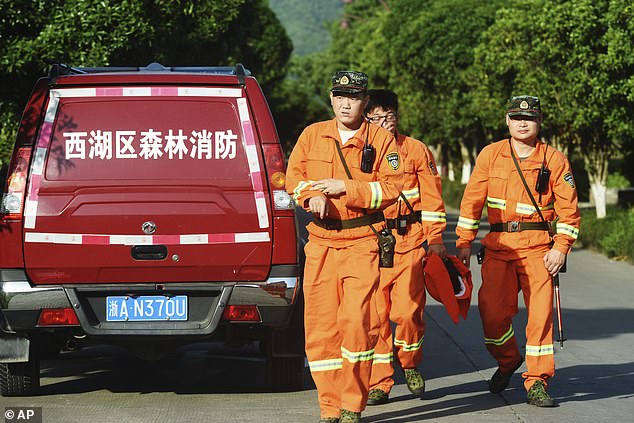 The issue of lax safety in Chinese zoos hit headlines after three leopards escaped in Hangzhou, while one remains on the loose. Pictured: Workers search for runaway leopard on May 9

The leopards’ escape sparked a frenzy among web-users, who had shared pictures and video of the spotted felines roaming tea plantations in the area.

Two of the leopards have been recaptured but authorities have been searching for the final cat for nearly a month, while nearby residents were warned to stay indoors for their safety.

No announcements have been made since, while the explosion of fuming social media posts quickly dried up as China’s internet censors apparently moved to contain criticism over the public-safety breach.

Chinese state media reported in 2017 that a tiger killed a visitor to a wildlife park in the eastern city of Ningbo after the man apparently entered its enclosure, and tigers at a Beijing park killed one woman and injured another the previous year after the pair left their vehicle.