Two men died while taking part in an Ironman competition after they were rescued from a lake during the swimming section in separate incidents on Sunday.

Todd Mahoney, 38, an apparatus engineer with Madison Fire Department, and Michael McCulloch, 61, both required medical assistance during the grueling event at Lake Monona in Madison, Wisconsin.

McCulloch, who was married and had one daughter, was taken to the hospital but was pronounced dead that day, according to a city statement.

Mahoney, a married father of three, passed away on Tuesday.

He was a nine-year veteran of the Madison Fire Department, most recently serving as an Apparatus Engineer at Fire Station 1 in downtown Madison.

The Ironman 70.3 event, also known as a ‘half-Ironman’, is half the distance of an Ironman triathlon. Athletes swim 1.2 miles, bike 56 miles and run 13.1 miles. 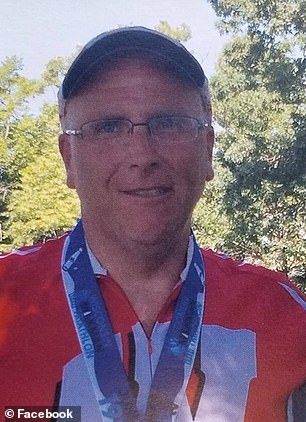 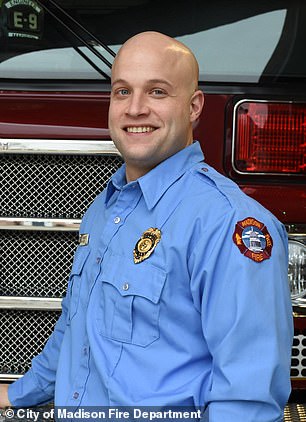 Michael McCulloch, 61, (left), and Todd Mahoney, 38, (right), died during the same phase of a Triathlon competition on Sunday.  An investigation into the circumstances surrounding the double tragedy has been launched 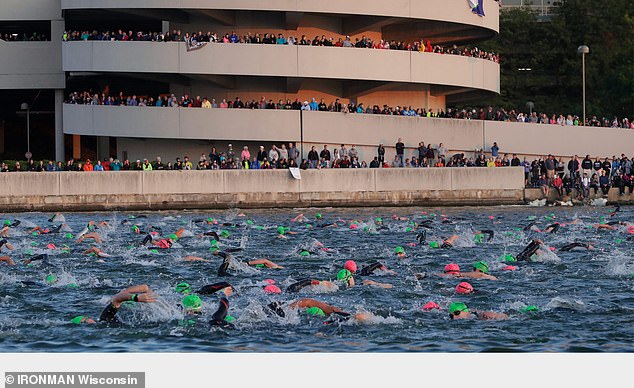 Dane County Medical Examiner’s Office told DailyMail.com  that Michael McCulloch, 61, of Cottage Grove died in a manner ‘consistent with an accidental drowning due in part to a medical event.’

Fire department spokeswoman Cynthia Schuster told DailyMail.com that Dane County Medical Examiner’s Office has not yet released its conclusion on the cause of death of Mahoney. 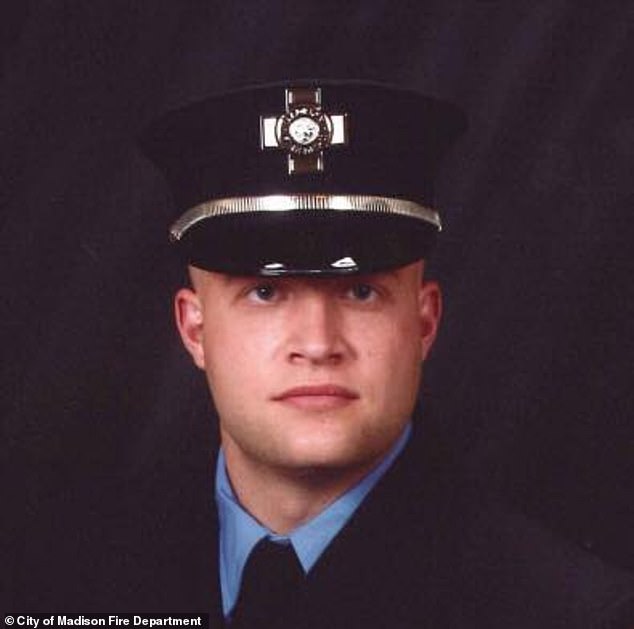 Todd Mahoney was a nine-year veteran of the Madison Fire Department, most recently serving as an Apparatus Engineer at Fire Station 1 in downtown Madison 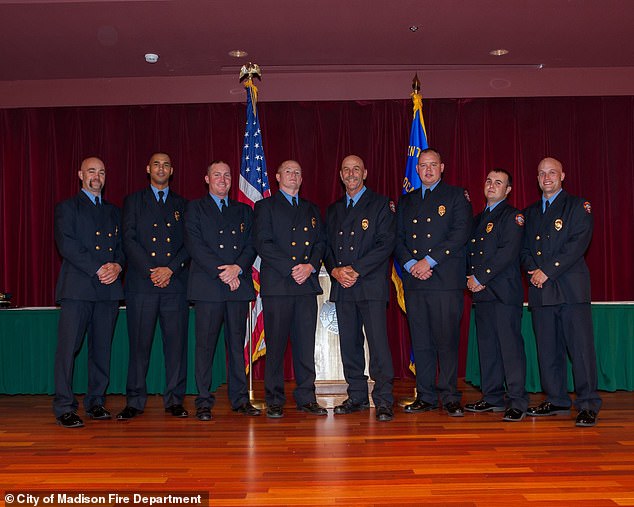 Mahoney was married and had three young sons. He was rescued from the water at 8.52 am Sunday and was taken to hospital, where he died early on Monday

According to Madison Fire Department, both men’s deaths were caused by ‘separate medical emergencies.’

Ironman officials said in a statement on Sunday to WKOW that the ‘well-being of its competitors is paramount’, and said they are grateful for the effort and quick support of medical personnel.

They added: ‘We will continue to work with the local authorities to gather all the details on these incidents and will continue to do everything possible to provide a safe environment for our athletes.

‘In respect of the families and athletes’ privacy, we will have no further comment at this time.’

McCullough was married with a daughter and worked with food distributor Certco Inc for the last 22 years as Director of Meat, Deli, and Bakery. 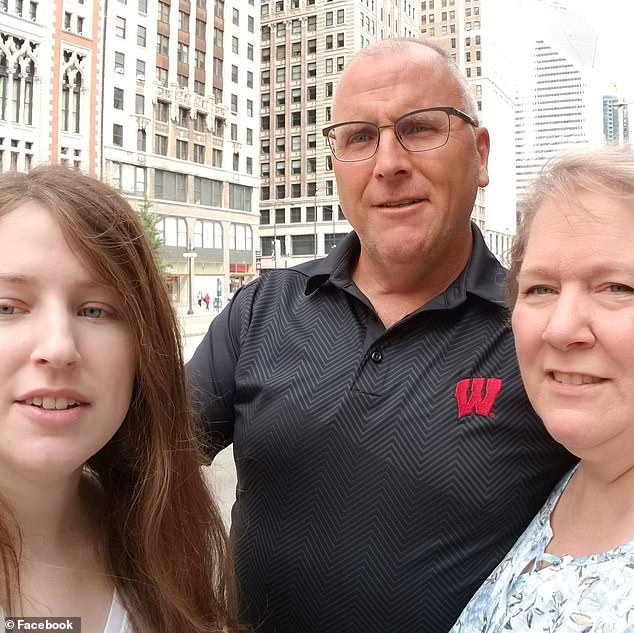 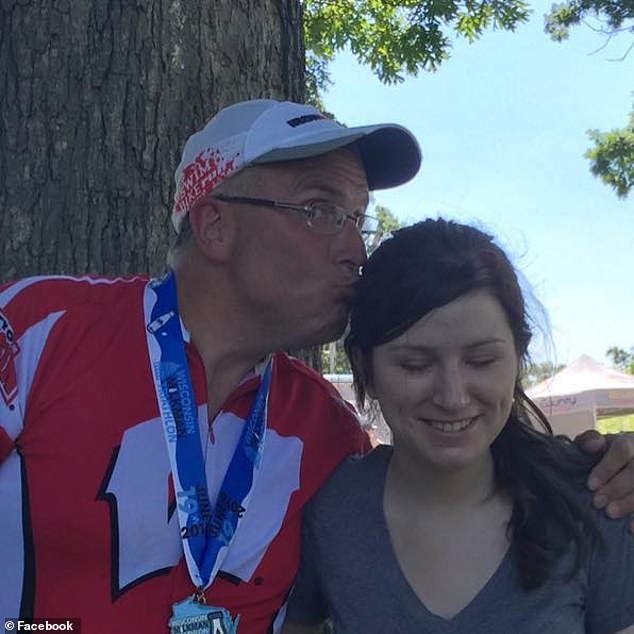 McCullough, pictured with daughter Erin, died in a manner ‘consistent with an accidental drowning due in part to a medical event’, according to Dane County Medical Examiner

An obituary said that he enjoyed participating in triathlons, biking, ballroom dancing, hiking, traveling, reading, and was an avid Wisconsin sports fan.

It added: ‘He touched the lives of so many through his family, friends, work, and hobbies.

‘His one-liners would bring raucous laughter to a group, while his empathy and compassion one-on-one was genuine and comforting. Mike was a wonderful husband, father, and friend. He will be dearly missed.’

His wife Lisa posted an image of her and Michael with their daughter Erin with the message: ‘Our loving father and husband, Mike (Michael) McCulloch passed away unexpectedly on Sunday, June 9, while participating in Madison’s Half Ironman Competition. 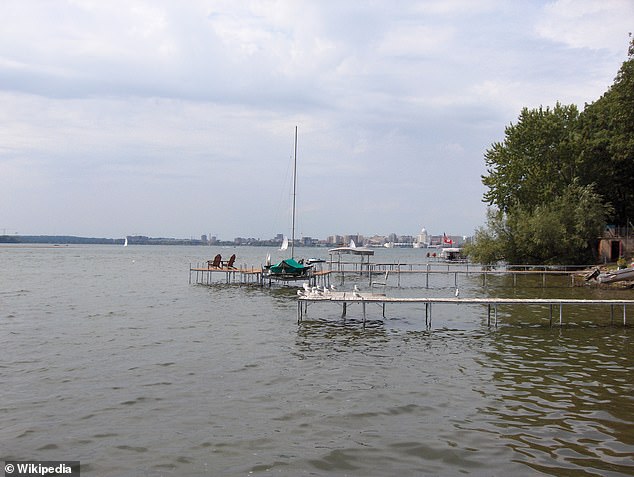 Both men were rescued from Lake Monona, (pictured), during separate emergencies at different times early on Sunday during the Ironman triathlon in Madison

‘We are devastated beyond words. The outpouring of love and concern from all of our friends and family has touched us deeply.

‘Erin and I greatly appreciate all your prayers during this most difficult time.’

It is understood that water on Lake Monona was not treacherous that morning. Rain was expected in the morning but bypassed the area.

A week before the incident in neighboring Jefferson County, another man died after a medical episode caused him to go underwater during the swim portion of the Lake Mills Triathlon.

Rescue staff were able to pull the man to shore were emergency life resuscitation efforts were administered. The man was transported to the hospital, where he died.

In a statement, Madison Mayor Satya Rhodes-Conway extended her sympathies to the families of the men who died.

She added: ‘We know that in the past this, and other Madison athletic events, have been safe and fun competitions for both participants and their families.

‘It is a tragic coincidence that two men died competing in the same event.

‘I know that the investigation into these incidents will continue, and we look forward to assuring that all proper safety precautions are in place for this event and others throughout the summer and year.’