In the first, a woman was killed while four men and a 15-year-old teenager were wounded when a black SUV drove by and shots were fired in the South Shore area just before 9 p.m. on Sunday, news outlets reported.

The second shooting took place less than two hours later at around 10:50 p.m. when three male suspects came out of an alleyway and started firing shots at another group that was gathered outside, hitting at least 10 in Marquette Park.

One woman was shot in the chest and taken to the University of Chicago Medical Center, where she was pronounced dead by police.

Of the group that included six men and four women, three people transported themselves from the site and eight others were taken to hospital, fire officials said.

A vehicle collision was also reported nearby in which two people were injured.

No suspects or arrests were immediately announced in either shooting, and not link between the two shootings has been reported.

The victims of the first shooting are being treated at the University of Chicago, Jackson Park, and Northwestern hospitals. 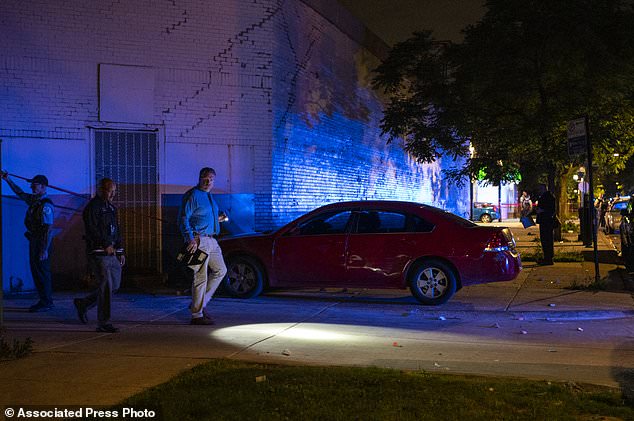 Authorities work the scene where at least eight people were shot in the 6300 block of South Artesian Avenue in the Marquette Park neighborhood, Sunday, June 27, 2021, in Chicago 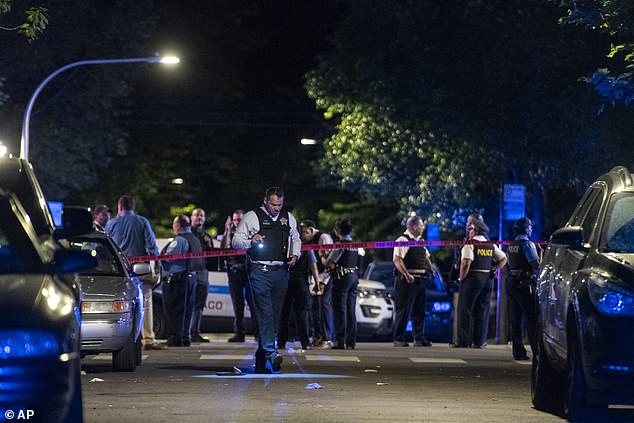 About two hours after the first drive-by shooting, a separate shooting in the Marquette Park area wounded eight people, Chicago fire officials said. A vehicle collision was also reported nearby in which two people were injured 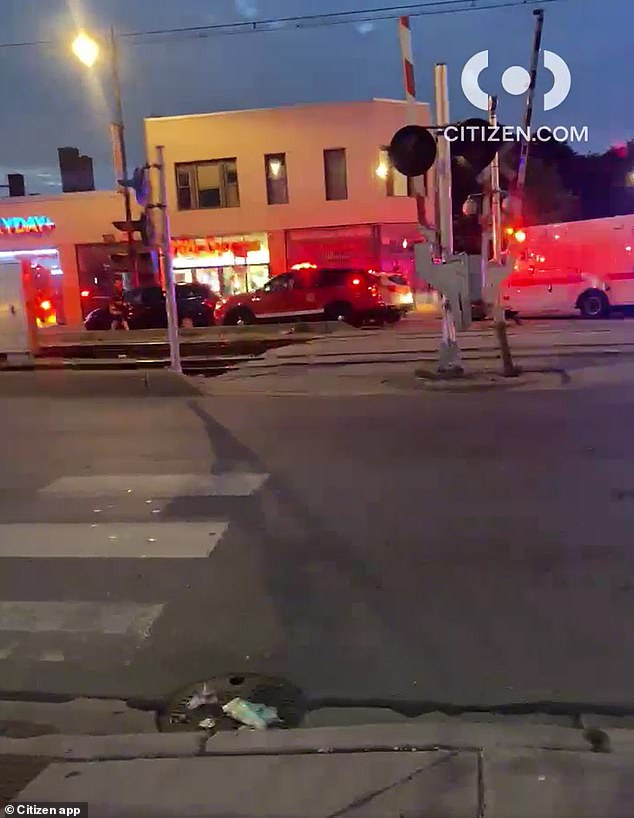 Six people, including a 15-year-old boy, were injured in a drive-by shooting on Chicago’s South Side on Sunday night 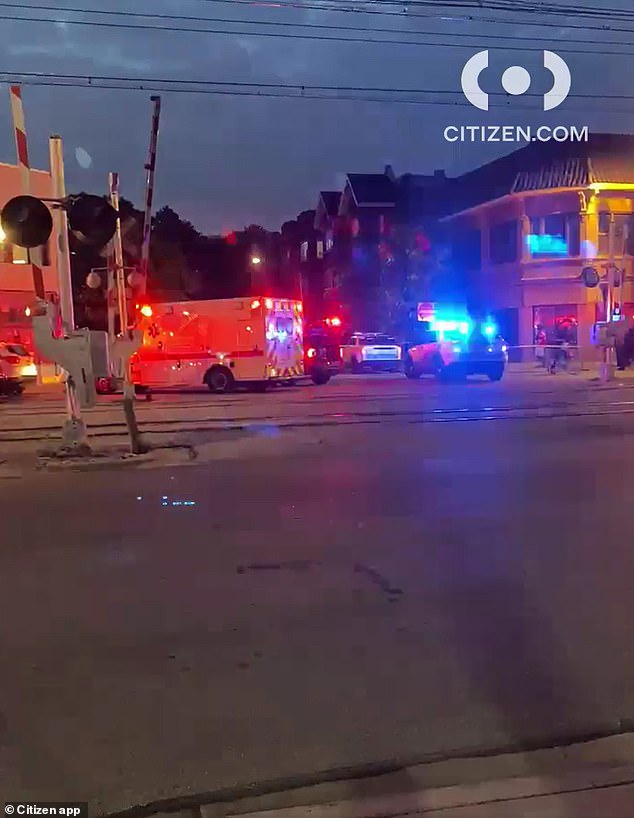 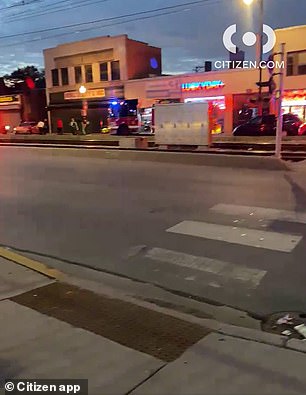 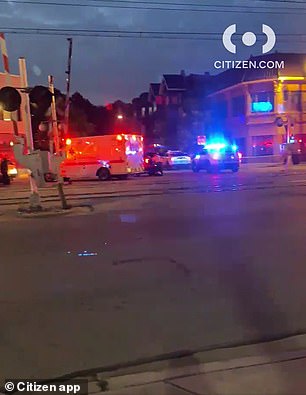 The woman from the first shooting was in critical condition after the shooting, officials said, though it is not immediately clear what injuries she sustained.

The black SUV fled the scene and headed westbound on 71st Street. Police have not yet made an arrest  in connection to the shooting.

What appeared to be bloody cloths were strewn on the sidewalk at the site of the violence, along with a bicycle that had been tipped over, according to reporting from the Chicago Sun-Times. 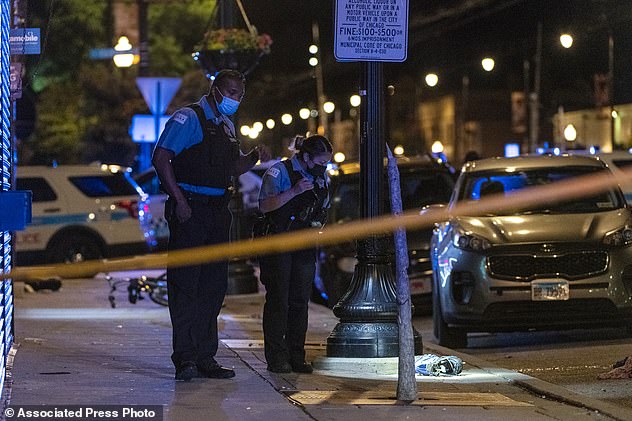 Chicago police work the scene where at least six people were shot in the 2000 block of East 71st Street in the South Shore neighborhood, late Sunday, June 27, 2021, in Chicago.

A local nail salon on the corner of 71st and Clyde streets had a front window shattered, the outlet reported, and there was at least one bullet hole in a dark-colored mini-van that was parked in front.

The shooting caps off another bloody weekend in Chicago as shooting incidents and violent crime surge into the summer.  Since Friday, 62 people have been injured in Chicago shootings and two have died.

A 25-year old man, who has not yet been identified, was fatally shot early Saturday in Humboldt Park on the Northwest Side. He was taken to Stroger Hospital, where he was pronounced dead, police told the Chicago Sun-Times.

And an hour later, a 35-year old man was killed and three others were injured after an argument escalated into gunfire in West Rogers Park on the North Side. The 35-year-old man, who has also not yet been identified, was struck in the chest and leg. He was rushed to St. Francis Hospital where he was pronounced dead, police said.