The United Arab Emirates is changing its official working week to Monday to Friday to be in line with global markets.

From January, the oil-producing Gulf state will have a four-and-a-half-day schedule, with work and schools stopping at noon on Friday for Muslim prayers.

The UAE observed a Thursday-Friday weekend until 2006, when it moved to Fridays and Saturdays with the private sector following suit. 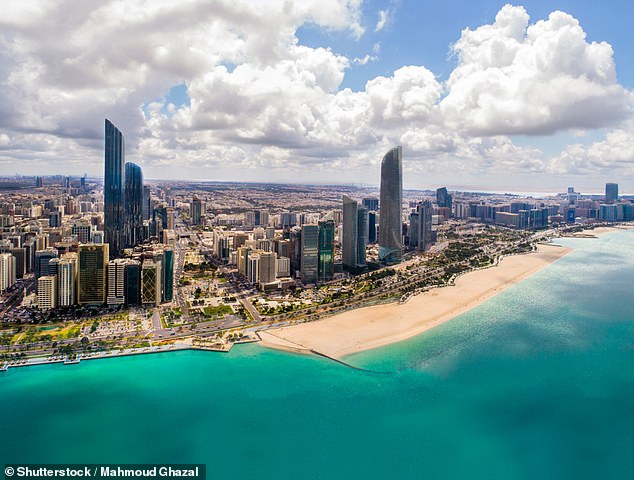 The United Arab Emirates is changing its official working week to Monday to Friday to be in line with global markets. Pictured: Abu Dhabi

In becoming the only Gulf country not to have a Friday-Saturday weekend, the resource-rich and ambitious UAE now follows the lead of the non-Arab world.

The move is intended to ‘better align the UAE with global markets’, said state news agency WAM, calling the new working week the shortest in the world.

‘The UAE is the first nation in the world to introduce a national working week shorter than the global five-day week,’ WAM said.

The Western-style weekend, rumoured for years, was announced less than a week after the former British protectorate celebrated the 50th anniversary of its formation.

Over the past year the UAE has taken measures to make its economy more attractive to foreign investment and talent at a time of growing economic rivalry with neighbouring Saudi Arabia.

The government said the move would ‘ensure smooth financial, trade and economic transactions with countries that follow a Saturday-Sunday weekend, facilitating stronger international business links and opportunities for thousands of UAE-based and multinational companies’.

‘The extended weekend comes as part of the UAE government’s efforts to boost work-life balance and enhance social wellbeing, while increasing performance to advance the UAE’s economic competitiveness,’ the WAM report said. 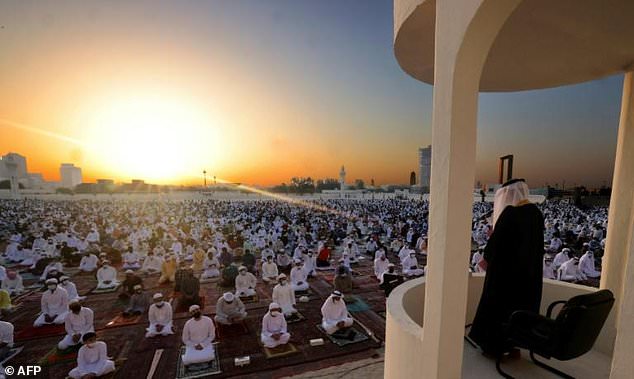 ‘From an economic perspective, the new working week will better align the UAE with global markets, reflecting the country’s strategic status on the global economic map,’ it added.

Mohammed Ali Yasin, chief strategy officer at Al Dhabi Capital, said the financial sector would benefit from being able to make simultaneous payment settlements with developed markets and the tourism industry would also be a beneficiary.

‘It could be a good experiment for other countries in the region,’ he said.

Friday is a weekly holiday in many predominantly Muslim countries.

The government circular noted that several, such as Indonesia and Morocco, have Saturday-Sunday weekends.

Monica Malik, an economist at Abu Dhabi Commercial Bank, said she expects many private sector companies in the UAE to follow the Saturday-Sunday weekend, describing the move as a ‘very meaningful development’ alongside other recent reforms.

The UAE has liberalised laws regarding cohabitation before marriage, alcohol and personal status laws in addition to the introduction of longer-term visas to lure businesses and talent. 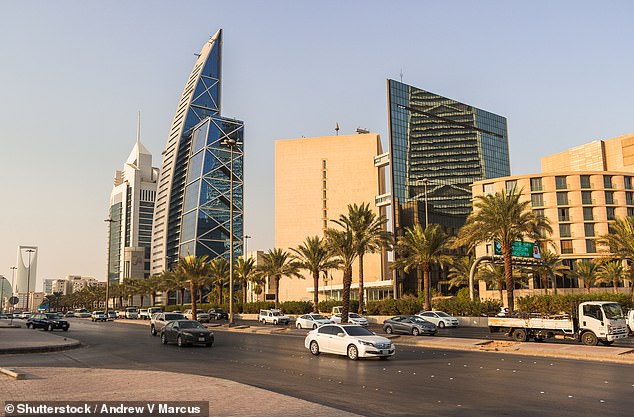 The UAE, the region’s premier trade and finance hub, faces new challenges as Saudi Arabia ramps up its efforts to lure foreign firms and investors to Riyadh (pictured)

The new arrangement is another bold step for the UAE, which last year broke with decades of Arab consensus by normalising relations with Israel, unlocking hundreds of millions of dollars in trade.

It was generally welcomed on social media, where the subject was trending and the official WAM tweets were widely retweeted.

‘Although I’ve gotten used to the Friday-Saturday weekend after all these years, I’m happy to see this change,’ said one Twitter user.

‘Great decision by UAE. It serves more than one goal. Weekend now matches rest of the world,’ tweeted another.

Scott Livermore, chief economist at Oxford Economics Middle East, said businesses could choose their working week but were likely to align with the public sector.

‘Aligning with Europe and Asia will help internationally orientated business that are an important pillar of the economy and could attract investment,’ he told AFP.

Dubai has attracted a variety of Western multinational firms over the years. Its Dubai International Financial Centre – overseen by independent regulators – has grown, providing stock traders and market traders a convenient time zone to work between Asian and European markets.

The sun sets in this part of the Middle East at around the time markets open in New York.

The UAE, the region’s premier trade and finance hub, faces new challenges as Saudi Arabia ramps up its efforts to lure foreign firms and investors as it seeks to wean itself off oil.

The kingdom has told all multinational firms they must move their regional headquarters to Riyadh or risk losing lucrative state contracts by 2024, stirring tensions with less-conservative Dubai that has long enticed foreignersf.