In their latest weather update, forecasters said Britain will continue to see showers through Wednesday, but on Thursday high winds and heavy rain could lead to weather warnings being imposed. The Met Office said the southwest of England and South Wales coast would see the strongest winds of 70mph.

However, inland there could still be gusts of 40-50mph which could cause some disruption whilst some coastal areas are likely to be hit with 60mph gusts.

Met Office forecaster Craig Snell, added: “This time of year, with the trees in full leaf, it could potentially bring some small branches down and because there’s a lot more outdoor furniture, we advise people that it is a bit vulnerable to strong winds and to tie it down.”

Peak Wind data from forecasting agency WXCharts also show large parts of the UK turning purple tomorrow indicating gusts of wind up to 64mph would hit the UK by lunchtime. 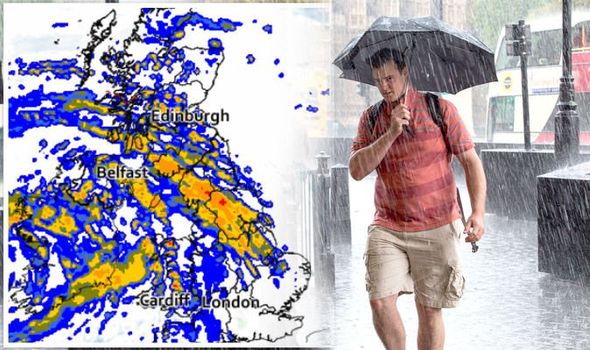 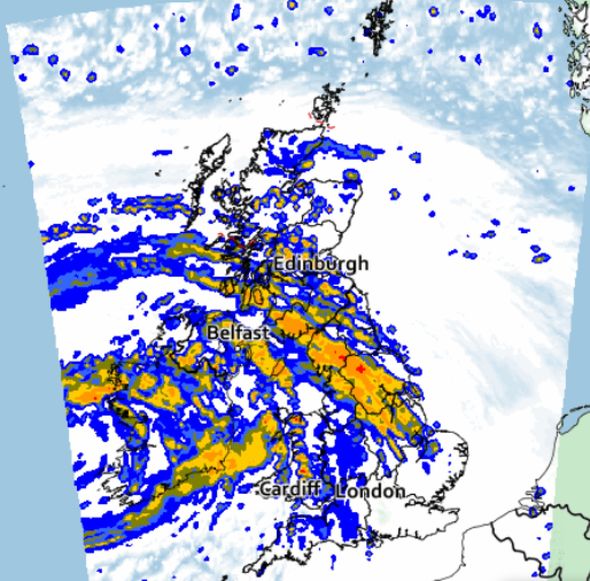 Forecasters say the heaviest rain will be in northern England, north Wales, Northern Ireland and southern Scotland where 40mm of rain will fall with up to 70mm of rainfall on the high ground in Wales.

Mr Snell said that while no weather warnings were currently in force, the Met Office will keep a close watch on conditions.

He added: “We are keeping a very close eye on it, I don’t think any warnings will be issued today but there’s a possibility as we go into tomorrow.” 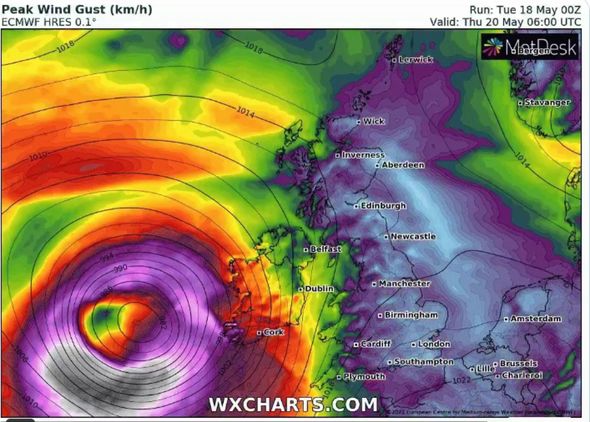 WX Charts said the “nasty” weather system was “brewing out in the Atlantic” and said the rain forecasted would be delivered in “heavy bursts of rain” with “unseasonably strong winds.”

It is expected that May will become one of the wettest Mays on record, surpassing 1967, when 131.7mm of rain fell across the UK. 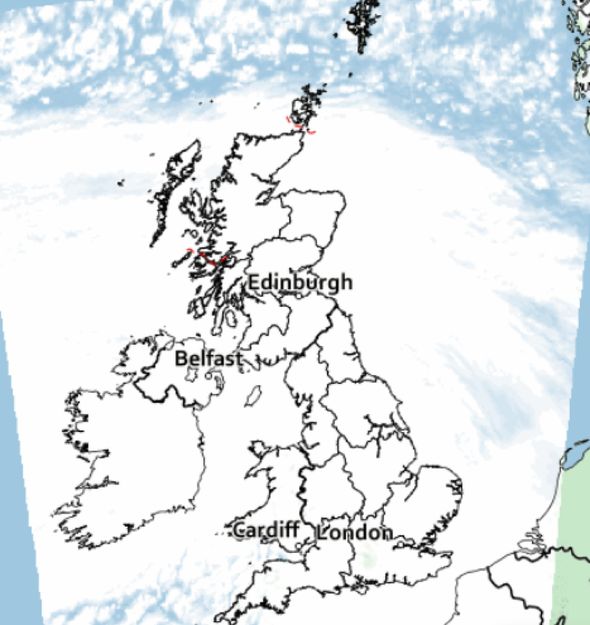 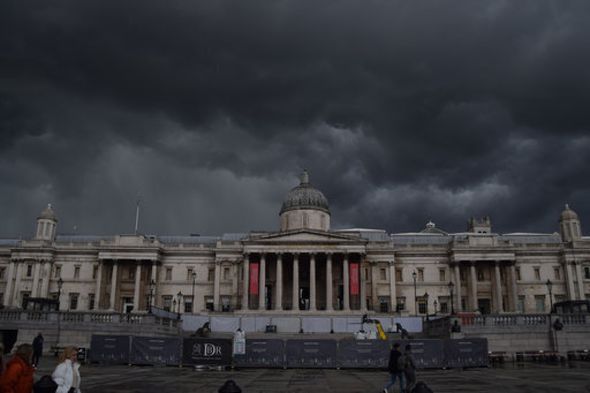 Mr Snell said it had already been a “wetter than average month”, with 70mm of rainfall in UK up to Monday.

He added: “We have had a wetter than average May, we can safely say that.

“It’s certainly going to end up being quite a wet month.”

The heaviest rain on Tuesday had fallen in the South East, with 16mm recorded over 12 hours in Goudhurst in Kent.