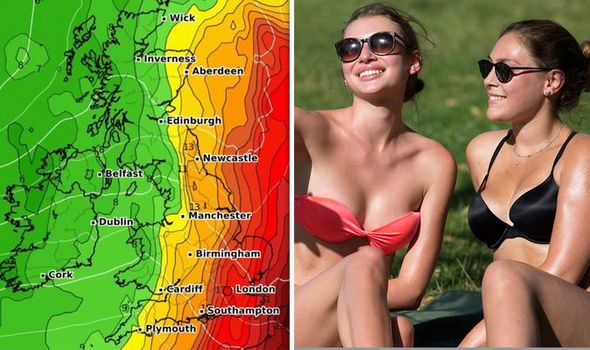 Showers should be expected across western Scotland and Northern Ireland and will be particularly intense in the Northern Isles.

Some of these showers could turn heavy, and combined with a strong breeze may create chilly conditions for some areas.

Southern, eastern and central parts of Britain will be much warmer and are likely to remain humid.

Met Office meteorologist Luke Miall commented: “We keep the fine weather across the south as we go through Sunday evening, those showers continue up to the north and west.

“We could see some organised ones at times over northern England giving some heavy showers.

“Otherwise it’s a north/south split through the night staying dry with clear skies across the south.

“Still some further showers and a keen breeze blowing in across the north. 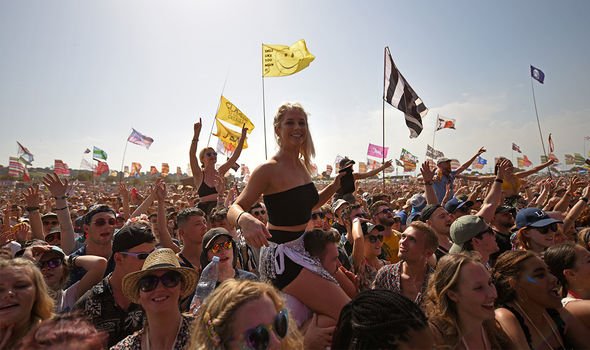 “That’s down to the fact we’ve got high pressure building in towards the southwest.”

Settled weather for the south of England should be expected into next week, though weather fronts are expected over parts of Scotland and Northern Ireland.

These are likely to bring more unstable weather, including the possibility of rain.

Mr Miall said: “It stays as a north/south split as we go through the coming week, feeling fresher for many areas and temperatures returning closer to normal. 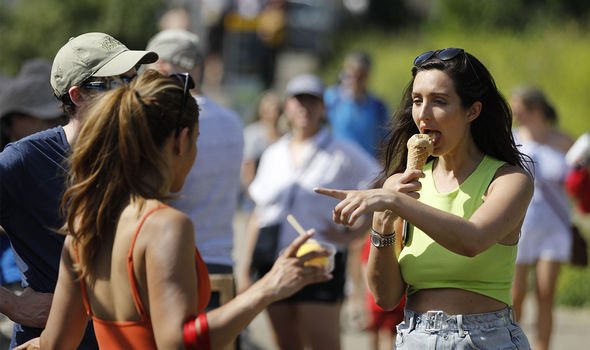 “We keep the dry weather in the south with some sunshine but more in the way of rain coming across the north at times.”

Yesterday temperatures of 34 degrees were recorded in west London, making it the hottest day of the year.

However the record June temperature of 35.6 degrees, achieved in 1976, was not surpassed.

The hottest weather was experienced by London, south-east England and parts of the midlands.

END_OF_DOCUMENT_TOKEN_TO_BE_REPLACED

END_OF_DOCUMENT_TOKEN_TO_BE_REPLACED
Recent Posts
We and our partners use cookies on this site to improve our service, perform analytics, personalize advertising, measure advertising performance, and remember website preferences.Ok