According to the Met Office this weekend the weather is expected to be “mostly dry” with some “light rain or showers”, particularly in central and northeastern parts of the UK. But from the start of next week, UK weather maps show there is a lot of wet weather in the forecast.

This weekend the Met Office forecast it will be “rather chilly” for much of the UK.

WXCHARTS maximum temperature maps show the hottest temperatures in Wales and England on Saturday will be around 10 to 11C.

In Scotland, maximum temperatures will hover between 5 and 8C, and temperatures could reach around 9C in Northern Ireland.

On Sunday the Met Office forecast: “Isolated showers but most places dry and bright Sunday.” 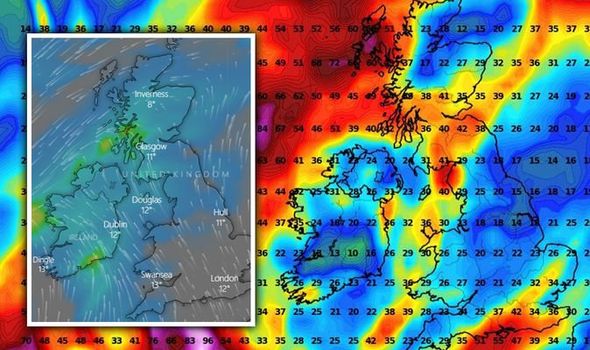 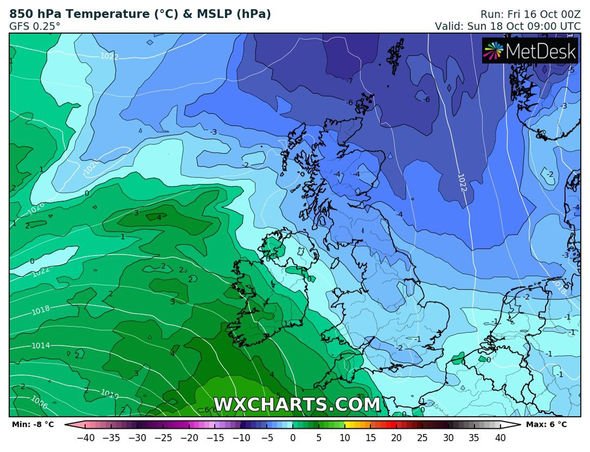 But next week the weather takes a turn towards wet and rainy weather, according to the latest forecasts.

The Netweather long-range forecast states a “clash of air masses” and “low pressure” will set the tone for next week’s weather.

The forecast reads: “Extensive blocking to the north of Britain, Arctic air coming down from the north and warm tropical maritime air coming up from the south-west will result in a clash of air masses and in low pressure dominating the weather.

“The 19th will probably be a relatively quiet and fairly cold day with plenty of dry sunny weather for most western parts of the UK, but with cloudier skies and some scattered showers near North Sea coasts.” 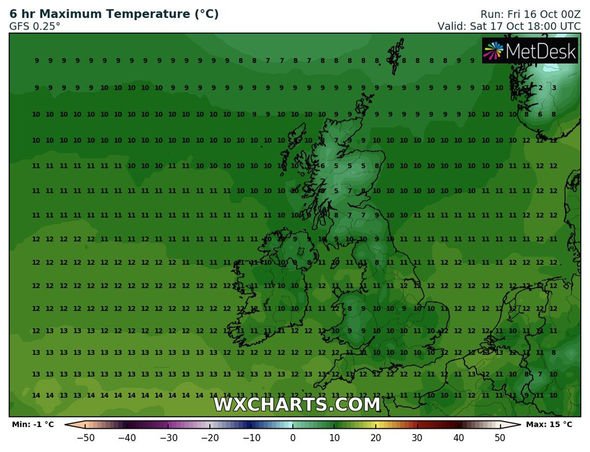 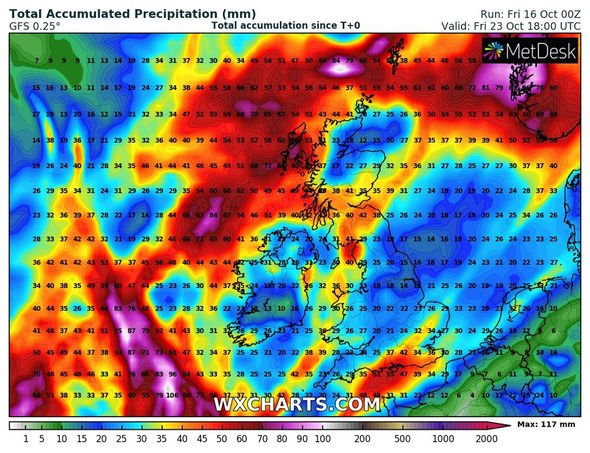 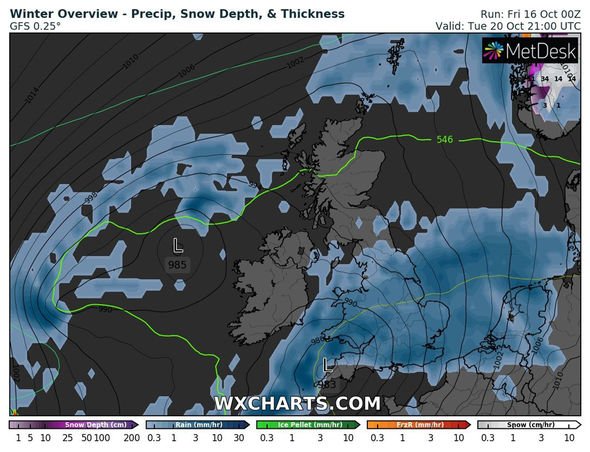 The Netweather forecast states to expect “very wet weather” in some parts of the UK in the early half of next week.

The forecast continues: “However, some very wet weather is expected to spread in from the south-west between the 19th and 21st, possibly reaching the far south-west on the 19th and spreading across many other parts of the UK on the 20th and 21st.

“There is uncertainty over how far north the rain will get, with a significant chance of the northern blocking holding strong enough to the north to keep the north and west of Scotland mostly dry and quite cold.”

Despite the rain, during this time the temperatures across much of the UK could be a bit a bit warmer than expected. 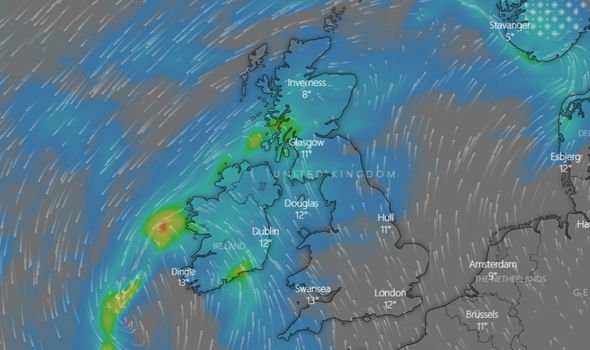 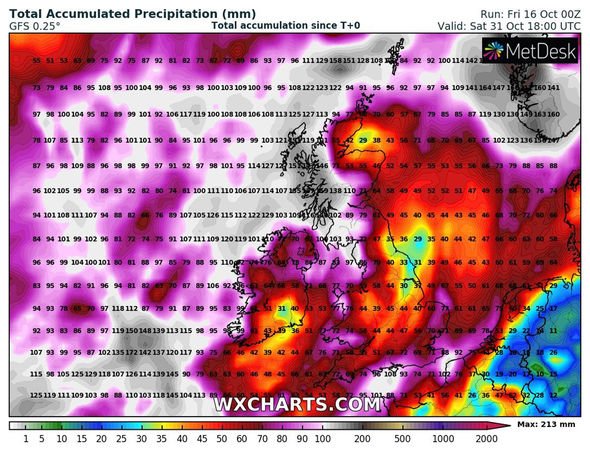 Netweather add: “Temperatures will rise above the seasonal normal in most parts of England and Wales and Northern Ireland, especially by night, but in Scotland it will remain colder than average.”

WXCHARTS maps, which use data from MetDesk, also show a wet picture for the week ahead.

While some parts of the UK may see some rain over the weekend, rainfall totals really start to build up from Monday next week.

During this time much of England and Wales is expected to see between 20 and 25mm of rainfall.

Winter overview maps also suggest rain is on course for the UK, with most of England and Wales forecast to see rain on Tuesday.

In their outlook for Sunday to Tuesday, the Met Office predicts that following the weekend there will be “outbreaks of rain”.

The outbreaks of rain could be “heavy in places” affecting the whole of the UK over Monday and Tuesday.

END_OF_DOCUMENT_TOKEN_TO_BE_REPLACED

END_OF_DOCUMENT_TOKEN_TO_BE_REPLACED
Recent Posts
We and our partners use cookies on this site to improve our service, perform analytics, personalize advertising, measure advertising performance, and remember website preferences.Ok