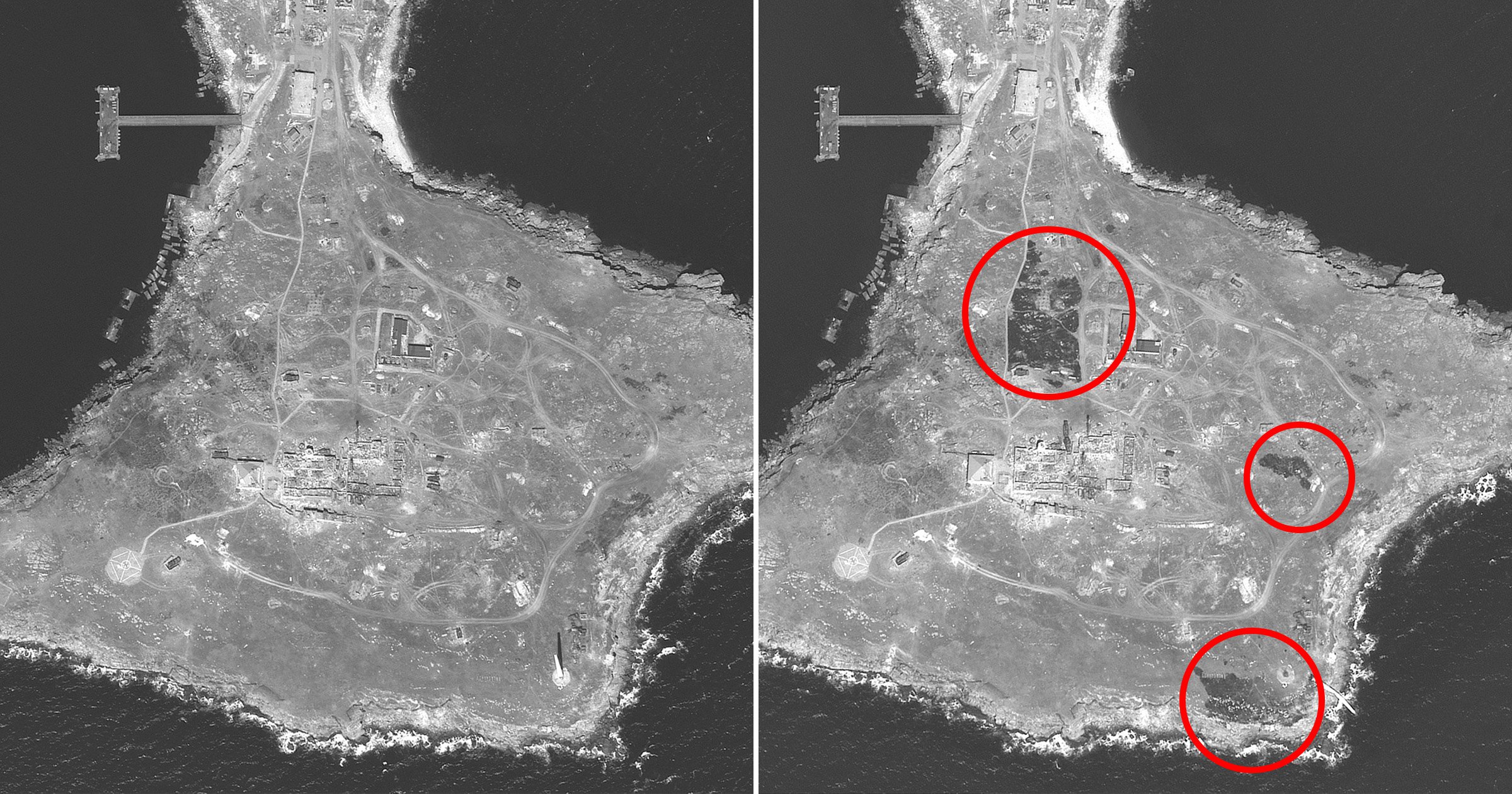 Ukraine has claimed a ‘significant’ victory against Vladimir Putin’s forces after launching a blistering assault on Russian-held Snake Island.

The Kremlin has suffered major losses as Ukrainian forces have been pummelling the island with air strikes.

Russia’s Pantsir anti-aircraft system, a radar station and vehicles were also damaged by missiles raining down from the sky.

The island became a symbol of Ukraine’s defiance against Vladimir Putin’s tyranny in February, near the start of the invasion.

A brave group of 13 troops were recorded telling a Russian warship ‘Go f**k yourself’ as they refused to surrender.

Initially the crew were thought to have been killed after the Moskva bombarded the island with artillery fire. 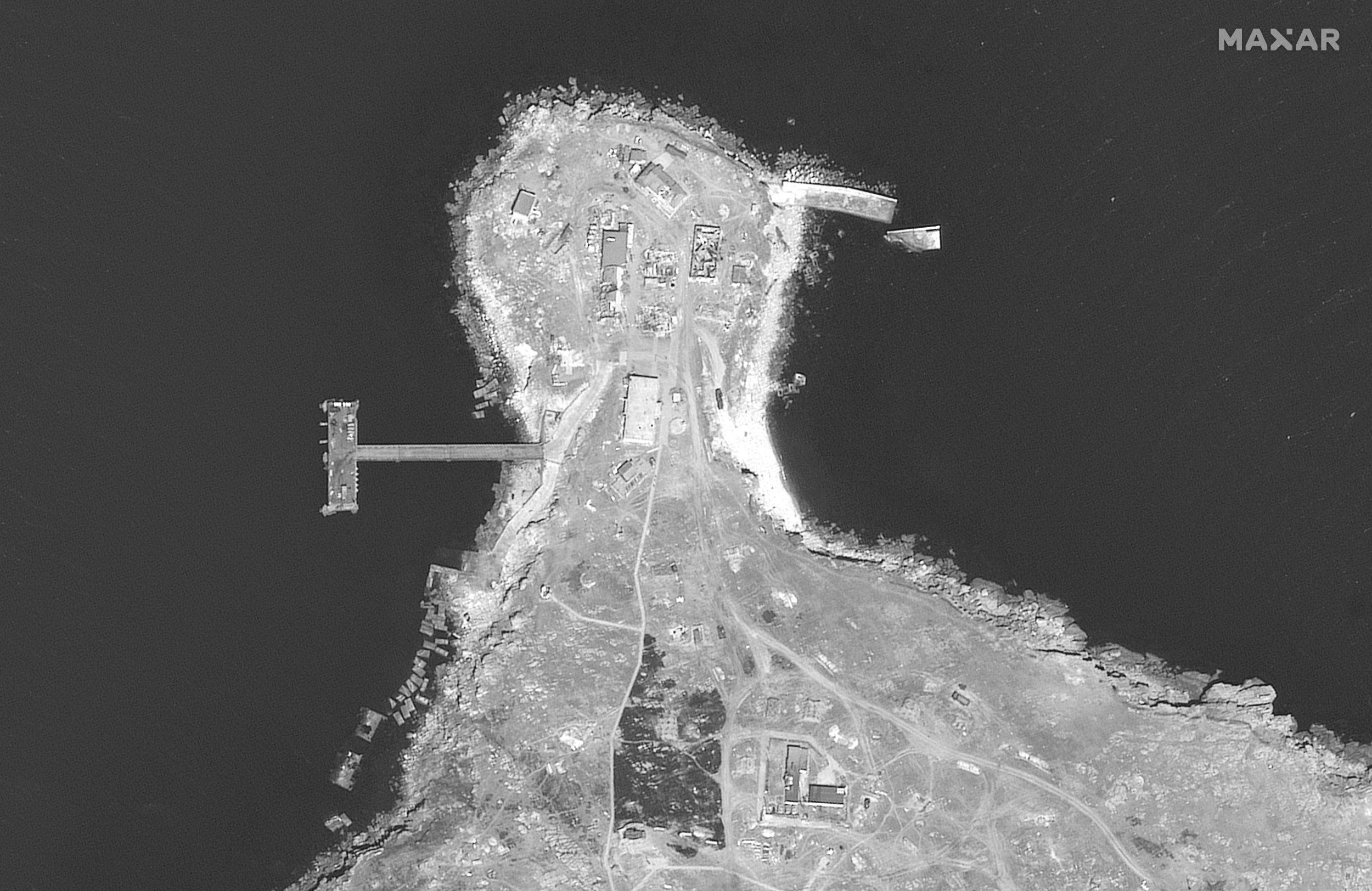 But they managed to survive and were given awards for their bravery in March after being returned to Ukraine in a prison transfer.

Since its capture, the 100-acre island has become a prized strategic position for both sides, as it sits around 80 miles off Ukraine’s southern coast.

In April the Moskva – the flagship of Russia’s Black Sea fleet – was sunk a Ukrainian missile.

It was a huge symbolic blow, and Moscow spent some time trying to convince the world it was brought down by an accidental fire on board before giving up.

The latest strikes on the island come days after a Russian navy tugboat carrying crew members and arms was destroyed with two Harpoon missiles. 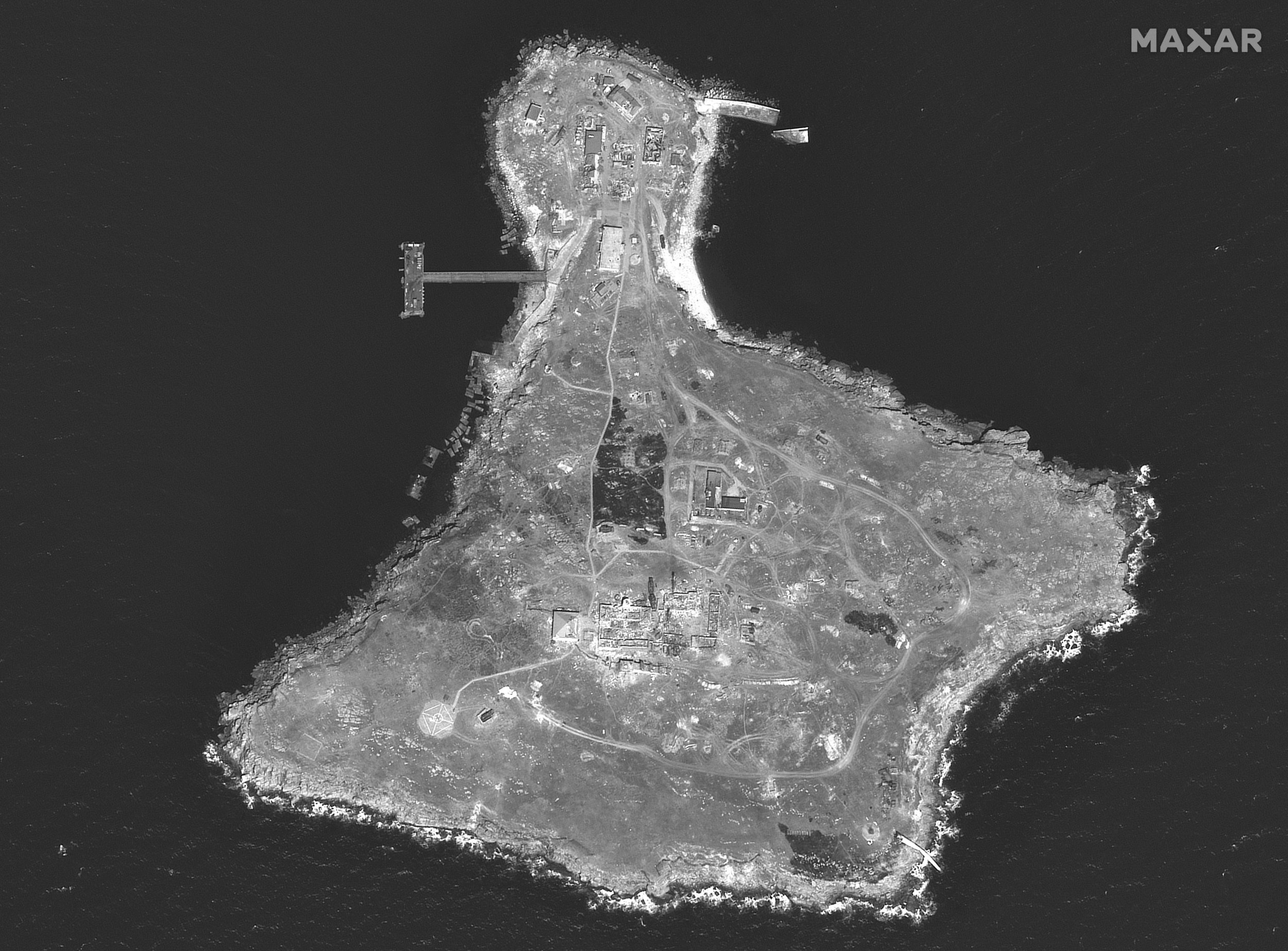 It was the first time Kyiv had claimed to strike a Russian vessel with anti-ship rockets supplied by the West.

Ukrainian sources claimed 10 sailors on board the tug were missing, presumed dead, while 23 others were wounded.

Meanwhile a ‘kamikaze’ drone was sent hurtling into a major oil refinery inside Russian territory.

The device flew at low-level towards the Novoshakhtinsk oil refinery in the Rostov region and caused a huge explosion which was heard 10 miles away.

Russian workers who unwittingly filmed the strike were heard laughing as they saw a drone fly nearby.

But then panicked and swore after is struck the refinery, with one of the witnesses shouting: ‘F***ing run away.’

Meanwhile pro-Russian separatists in the Donetsk region have lost 55% of their troops, according to British intelligence.

The Ministry of Defence said Russia’s outdated weapons and equipment have held its forces back, so the Kremlin will now have to send in reserve units to Donbas.