A "MEGADROUGHT" could trigger an arsenic “death cloud” and unleash a climate catastrophe across the West Coast, scientists fear.

The warning comes as parts of the US continue to battle a ravaging heatwave that has shattered temperature records and sparked unrelenting wildfires. 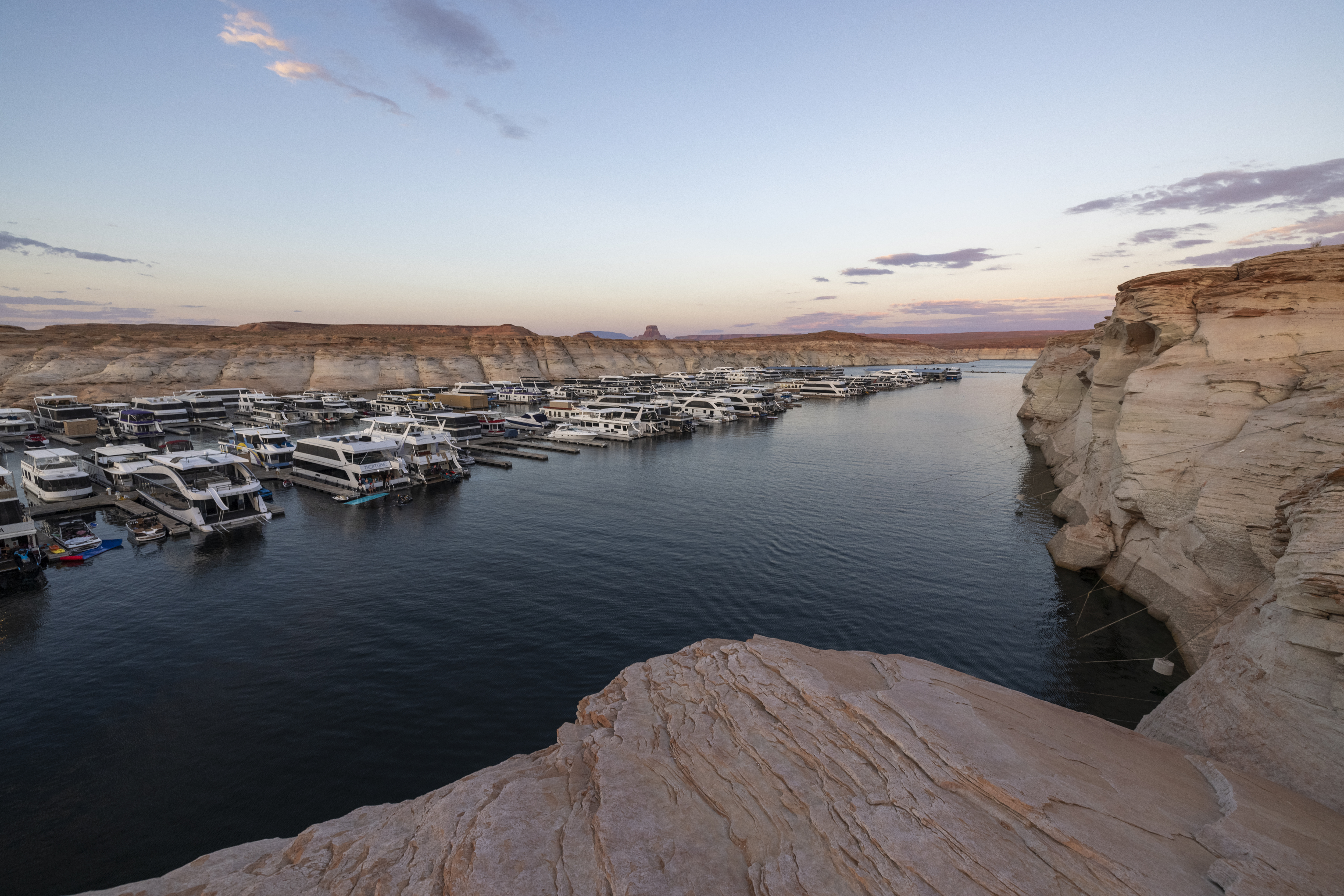 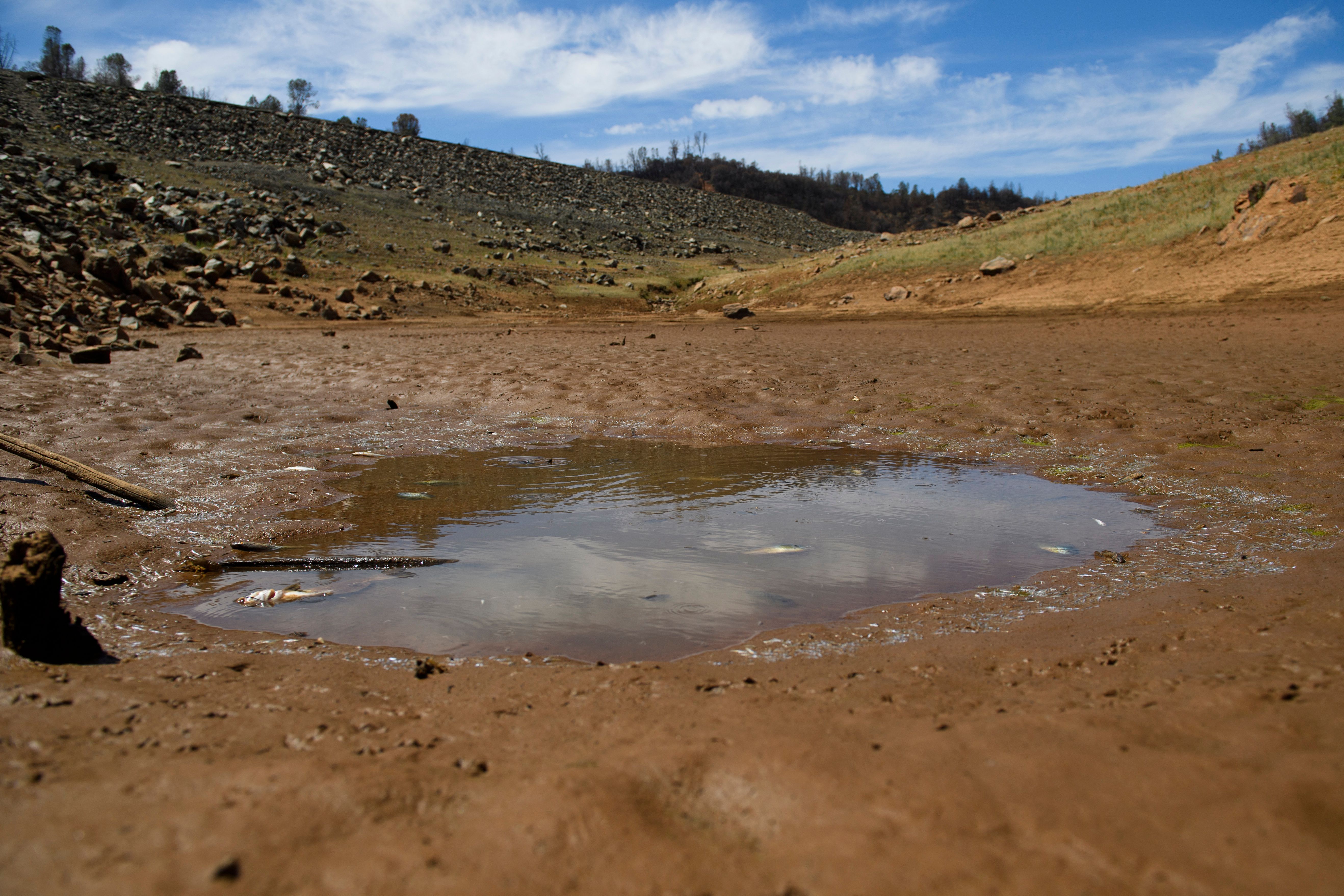 Water levels in the Great Salt Lake, Utah are almost at a record 58-year low and they are nine feet lower than average, according to the Daily Star.

Kevin Perry, chairman of the Department of Atmospheric Sciences at the University of Utah, warned that as the soil dries out, arsenic could be picked up by the wind.

A potential dust storm could cause breathing issues for humans.

The boffin told CNN: “One of the concerns we have is the particles that are coming off the lake getting into people's lungs.

"Fifteen to 20 years ago, when the lake was higher, most of these dust spots were covered up, and if you cover them up with water, they don't produce dust.

And so as the lake has receded, it's exposed more and more of that lake bed. As we get the larger area, we have more frequent dust storms."

The scientist warned that the lake could “emit more dust” if its crust continues to erode.

The challenging conditions pose a threat to the millions of birds that feed on the sea life at the lake.

Microbialites, which are the shape of rocks and act as a food source for shrimps, are at "risk of drying up within weeks", according to Utah's Department of Natural Resources.

Michael Vanden Berg, of Utah’s Geological Survey, said: “Although they may die off in only a matter of weeks, it actually takes several years for them to recover.”

The dire warnings come as parts of the western US will experience their fourth heatwave in the past five weeks.

The western US baked as Las Vegas hit a record of 117 degrees – barely two weeks after a 1000-year heat event brought record highs of 116 and 121F in Portland and Lytton, Canada.

Scientists believe the 1000-year heat event that has the Northwest would have been "virtually impossible" without human-caused climate change.

Farmers in New Mexico have reportedly been told not to plant crops this year while ranchers in North Dakota are said to be importing feed for livestock.

Meanwhile, water allocations from the Central Valley Project to Californian cities and farmers have been cut by 75 percent, the New York Times reports.

Residents in Montana are under an excessive heat watch until Wednesday as temperatures range from 106F in the day to 70F at night.

In Seattle, temperatures are expected to top at 100 degrees for the 15th time this year, putting it on par to reach the city's record of 21 100-degree days in a year.

The National Weather Service confirmed that it’s the first time Washington state has been in “exceptional drought” since meteorologists launched the Drought Monitor in 2000, according to CNN.

Temperature records in Death Valley shattered on June 13 as the mercury hit 130F, producing the hottest day since 1913.

A thermometer outside the Furnace Creek Visitors Center recorded a temperature reading of 134F the following day – but this was unconfirmed.

Wildfires gutted homes and cars in Doyle, California as a devastating blaze was pushed by heavy winds.

During the week of June 25, temperatures hit a sizzling 40 degrees above average, setting 175 record high numbers around the Northwest.

Nearly 95 percent of the West is facing drought – up from 40 percent at this time last year.

The prolonged spell of hot weather is caused by a phenomenon known as a heat dome.

As the air expands upwards, it is pushed downwards by higher-than-normal pressure in the atmosphere.

The pressure compresses the heat as it nears the ground, creating a dangerous "dome" of hot air. 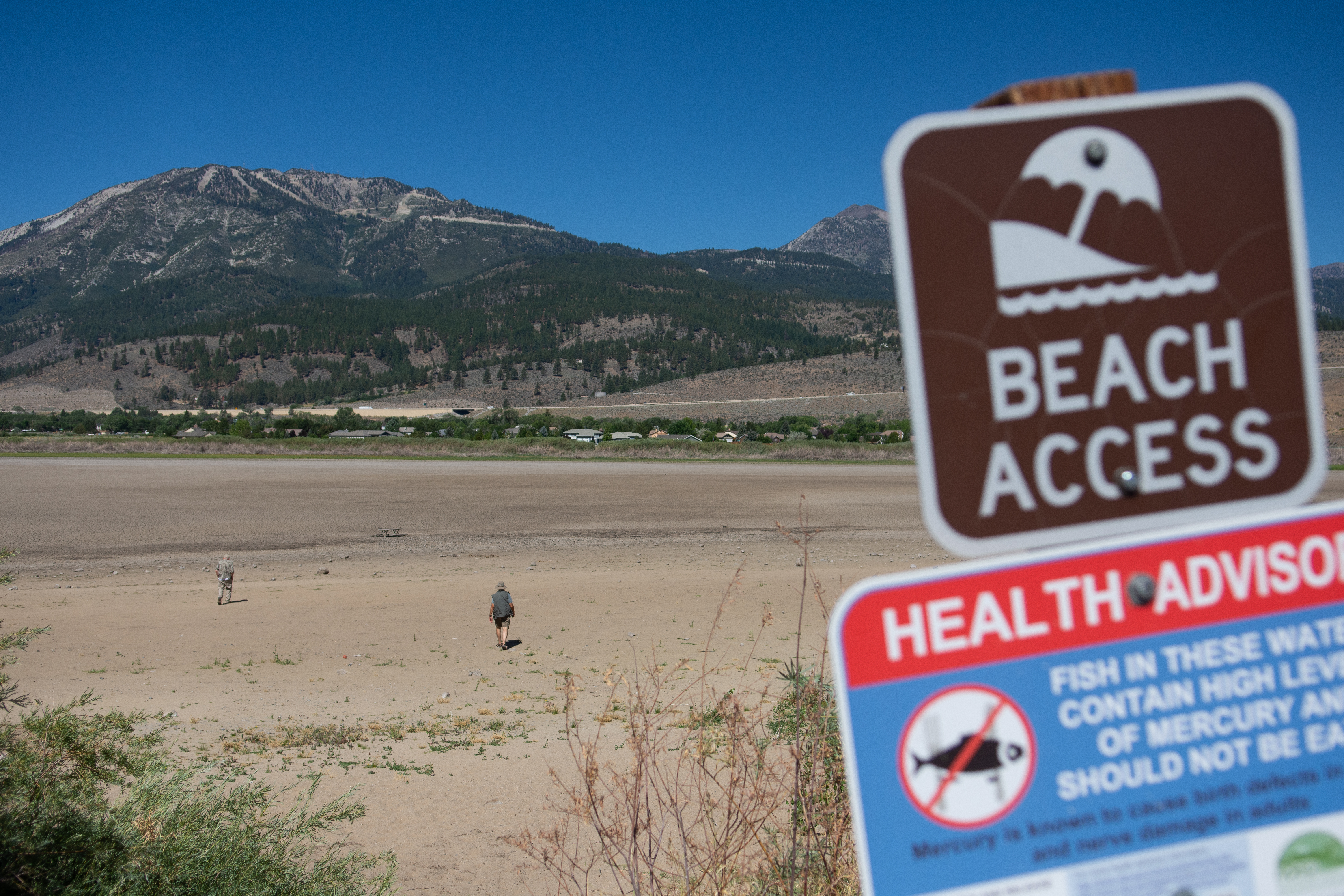 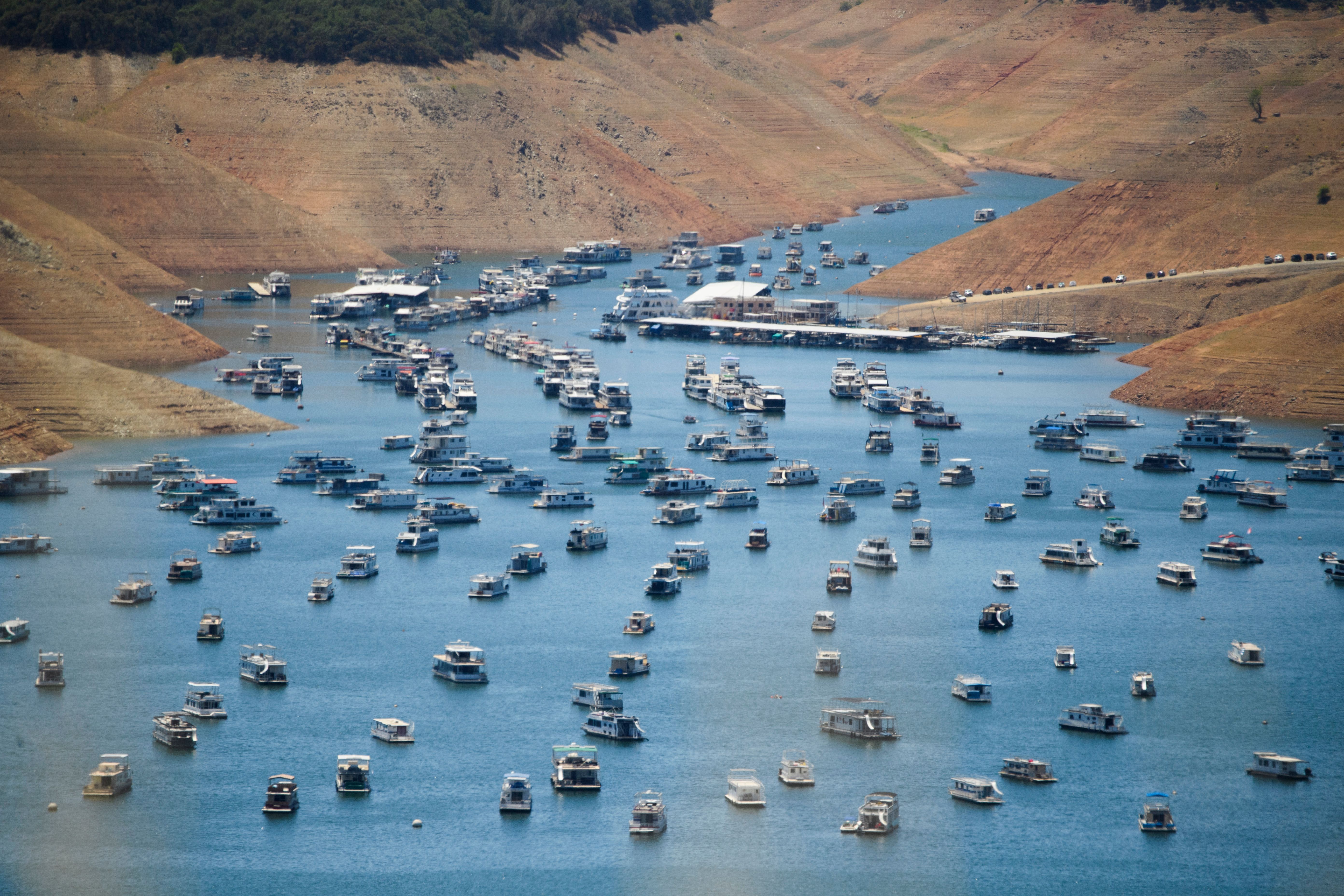 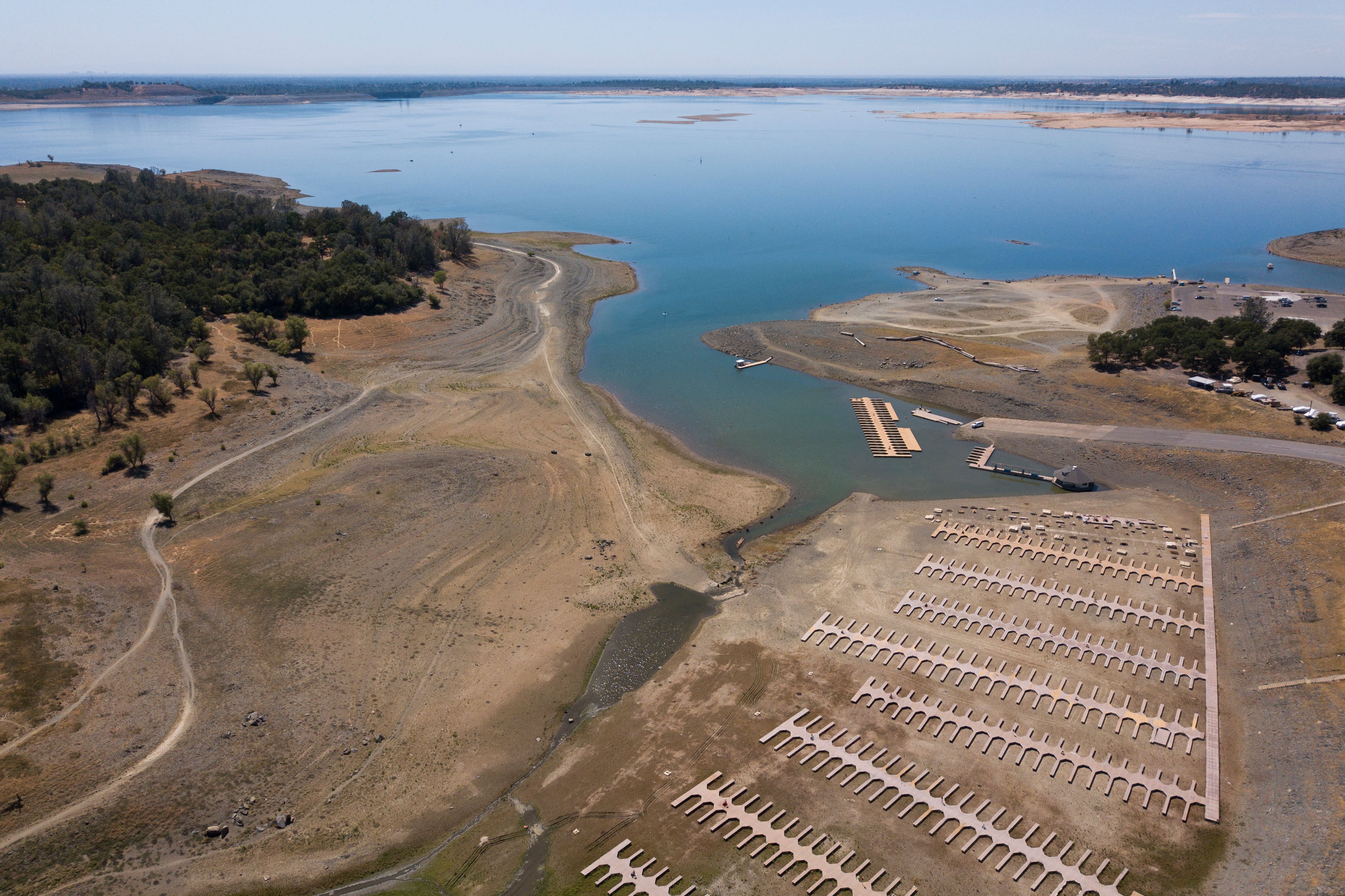