EXCLUSIVE: Utah woman who ‘tried to smuggle baby boy out of the Philippines’ is thrown in notoriously squalid jail after pleading not guilty to human trafficking and child abuse

The US woman accused of trying to ‘smuggle’ a six-day-old baby out of the Philippines has pleaded not guilty to charges of human trafficking and child abuse.

Jennifer Talbot, 42, appeared in Pasay City Regional Court, Manila, Tuesday morning where she was arraigned before being transferred to Pasay City Jail where she is now being held.

The notoriously squalid jail was built to house 1,050 but has held more than eight times that number.

Cells built to hold 40 inmates and measuring 245 sq ft regularly hold more than 100 and there were a dozen inmate deaths reported last year due to heat and overcrowding. 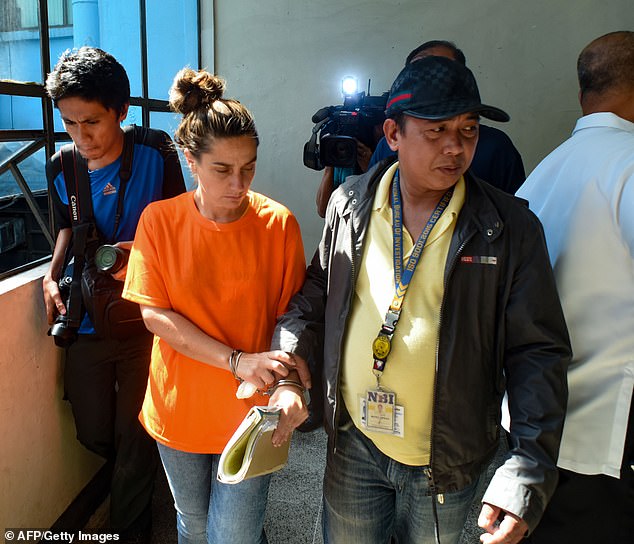 Jennifer Talbot (pictured after her arrest last week) 42, appeared in Pasay City Regional Court, Manila, Tuesday morning where she pleaded not guilty to charges of human trafficking and child abuse 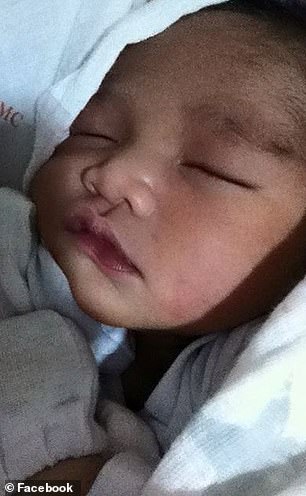 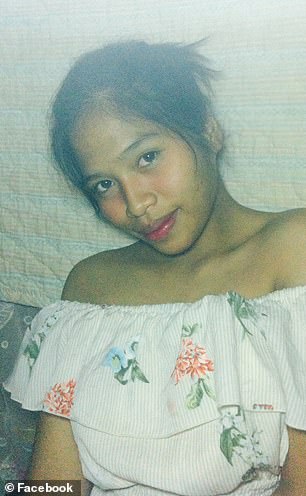 Innocent: This is Andrew Dulap (left) the Filipino baby DailyMail.com can reveal was handed by his 19-year-old mother Maicris Dulap (right) to Utah mom Jennifer Talbot 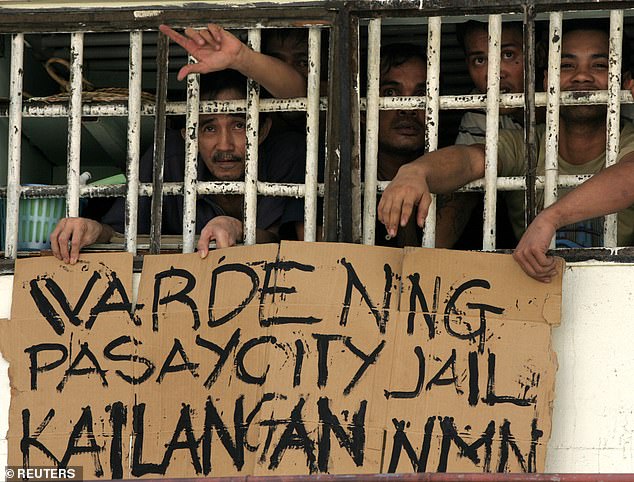 Talbot is being held at Pasay City Jail (pictured) a notoriously squalid and overcrowded jail built to house 1,050 but has held more than eight times that number

Legal documents obtained by DailyMail.com reveal the mother-of-five allegedly concocted a bizarre scheme to pose as the boy’s aunt with the help of his teenage mother.

She presented documents to Filipino authorities to back her claim as she tried to take the newborn on a flight to the U.S. from Manila last Wednesday – and told them she was taking him to meet a non-existent dying great-grandmother in Ohio.

The baby’s mother is 19-year-old Maicris Dulap who dropped out of school and had posted on Facebook about her baby, whom she had named Andrew, just before she gave him up.

Dulap, who came from a remote and poverty-stricken mining area of the Philippines, had apparently connected with Talbot while she was pregnant.

She provided a sworn legal statement that Talbot was the baby’s aunt.

Talbot, a mother of five from Sandy, Utah, was carrying Dulap’s affidavit as she attempted to ‘sneak’ baby Andrew onto a Delta flight from Manila to Detroit on Wednesday. 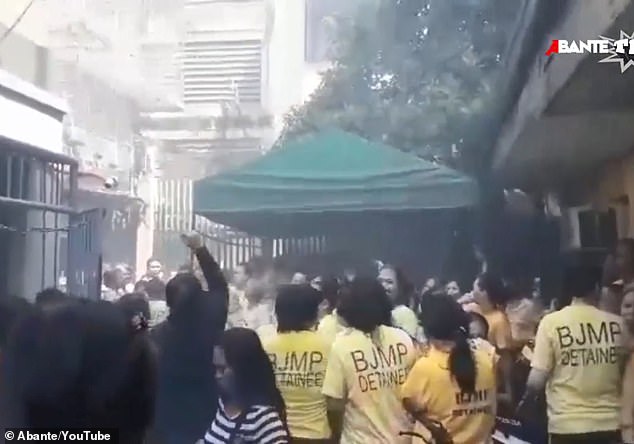 Last year, there were a dozen inmate deaths reported due to heat and overcrowding. Pictured above are a group of inmates outside the jail 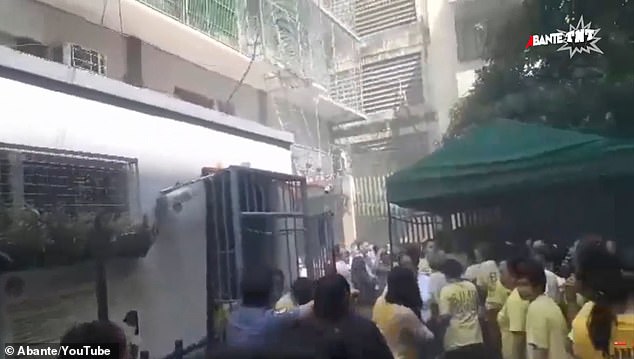 In it, Dulap allegedly provided three reasons for her child’s trip to the States: one to ‘receive a name and blessing’ and membership of The Church of Jesus Christ of Latter-Day Saints, two to receive American medical vaccines and three, ‘to meet his Great Grandmother before she passes on.’

The affidavit purportedly written by the 19-year-old Filipino described Andrew’s great-grandmother’ as ‘on end of life care.’

‘To meet his great grandmother, my son will travel to Ohio first then to Utah with his aunt,’ it stated.

‘Tentative dates of travel are as soon as possible as my son’s great grandmother is about to pass at any time. She is on “end of life” care.’ 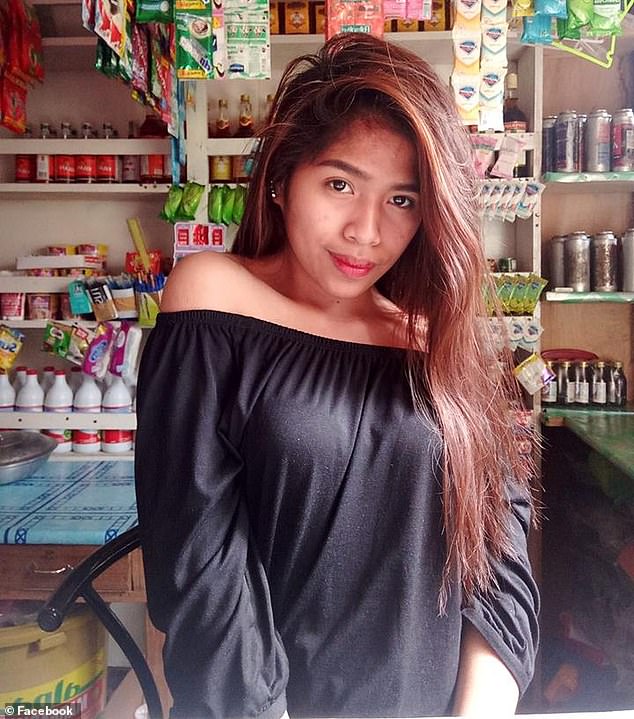 Maricris Dulap, who comes from Mt Diwata, a remote and poverty-stricken mining area of the Philippines, had apparently connected with Talbot while she was pregnant 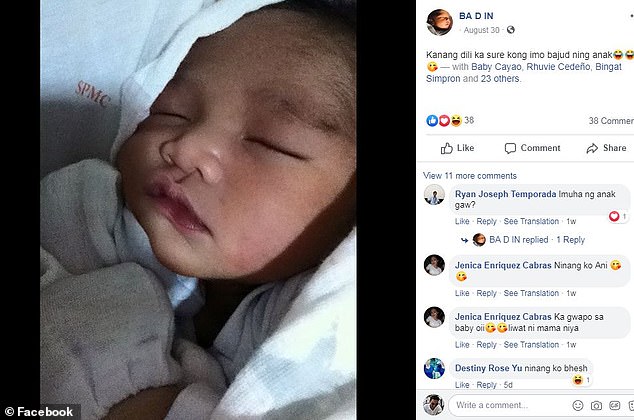 Talbot flew to Davao City numerous times, most recently on August 21, eight days before Dulap gave birth to a boy. The teen mom later posted photos of her son on Facebook 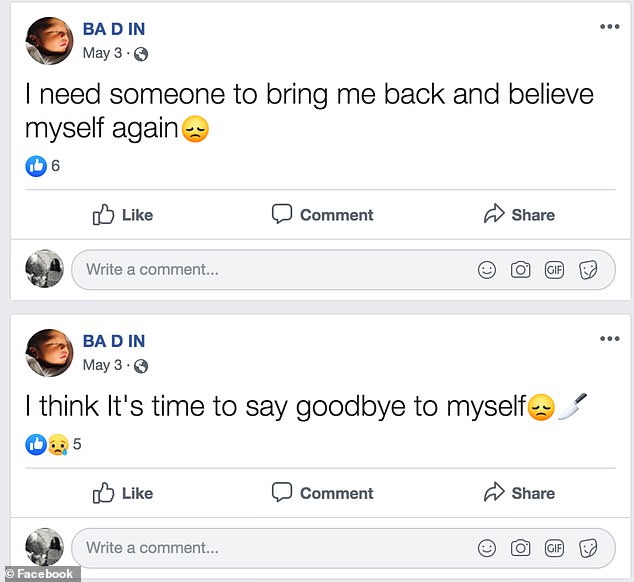 Her social media posts, paint a troubling image of a girl who has struggled with depression and threatened to kill herself on more than one occasion

Despite this claim Talbot, who is originally from Ohio, has no surviving grandparents on either her mother or father’s side.

Talbot, whose five children include two adults from her first marriage – Spencer Holder, a serving U.S. Navy sailor, and Alexis Crabtree, a married mother of one – does have family ties to Ohio but has lived much of her adult life in Utah, and now lives in Sandy with her third husband Kirk Talbot.

There is no signature on the document from the baby’s mother and investigators have not yet been able to trace Dulap who was born in Mt Diwata, a village in the Compostela Valley province known for small-scale gold mining. It is unclear if they are actively looking for her.

But DailyMail.com has learned that the unmarried teen mom, who goes by the nickname Jham, is a wannabe reality TV star who once applied to be part of Pinoy Big Brother, the local franchise of the reality TV show.

In her application she gave her talents as ‘dancing, singing, acting and joking.’

She admitted that she had dropped out of school and ‘lost her way’ due to the bad influence of friends and claimed that her parents once told her she was ‘worthless.’ 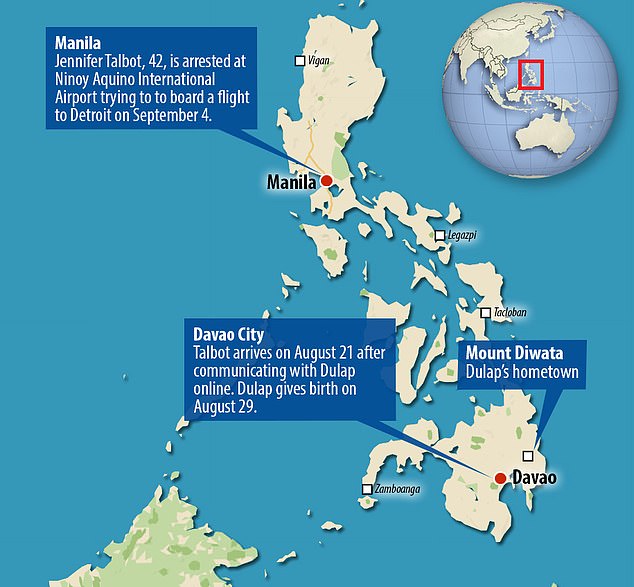 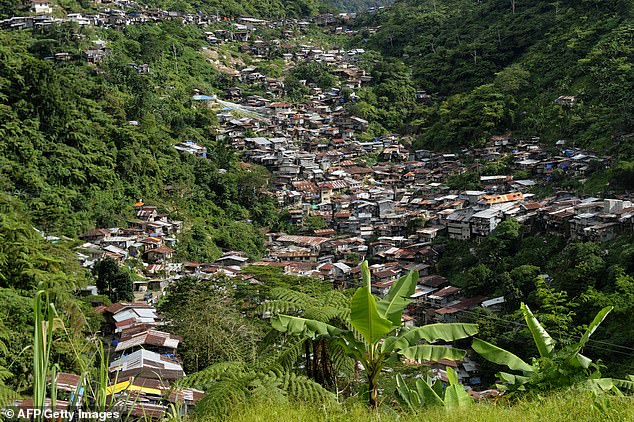 Dulap was born in Mt Diwata, a village in the Compostela Valley province known for small-scale gold mining (pictured) It is unclear if they are actively looking for her

In social media posts, a troubling image emerges of a young girl who has struggled with depression and threatened to kill herself on more than one occasion.

In one post, on May 3 of this year, she wrote: ‘I think it’s time to say goodbye to myself.’

In another apparent cry for help later that same day she stated: ‘I need someone to bring me back and believe in myself again.’

In another post on August 30, the day after her son’s birth, Dulap posted a picture of her sleeping baby and wrote: ‘That feeling that you’re not sure if this is really your child,’ – a possible nod to the fact that she was due to hand the child over to Talbot in a matter of days.

Talbot reportedly connected with Dulap online before traveling to the Philippines on several occasions.

Most recently Talbot arrived on August 6 and again on August 19. She arrived in the city of Davao more than a thousand miles south of Manila on August 21.

It was there that Dulap gave birth to her baby boy eight days later on August 29. 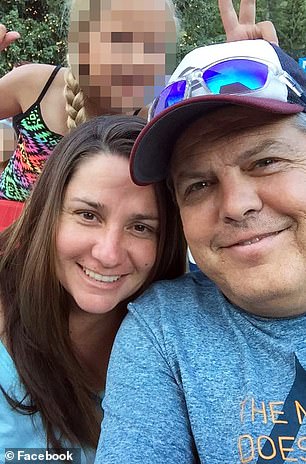 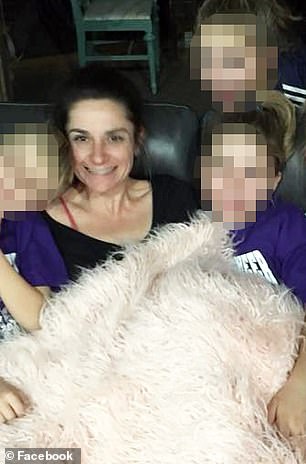 Talbot, is a mother-of-five originally from Ohio. She is married to third husband Kirk Talbot (left) 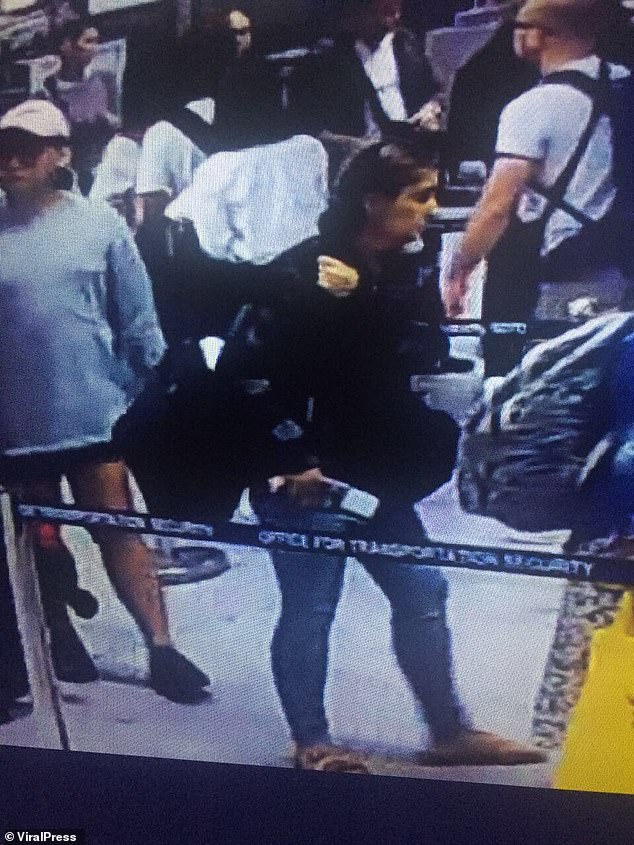 Talbot, was able to pass through the airport’s immigration counter last Wednesday without declaring the child was with her, however she was intercepted at the gate by airport personnel

In an alarming and unexplained Facebook post just two days after giving birth the child’s mother wrote: ‘God help us.’ The comment ‘Why what happened?’ went unanswered.

Similarly she did not reply to the question, ‘Why did you give up your son?’ posted in response to video uploaded on September 2.

The footage appears to show baby Andrew, sleeping peacefully, tucked up in a hooded onesie and cradled in what appears to be his mother’s arms.

Two days later the child was discovered ‘concealed’ in Talbot’s carry-on sling bag as she attempted to take him out of the country without government approval or the mother’s signed sanction.

On Monday the child was still in the care of the country’s Department of Social Welfare and Development.

The baby’s mother has been charged with neglect of a child but have not been arrested.

Talbot has been charged with human trafficking – which carries a possible life sentence – and according to the NBI has allegedly violated at least two other laws on child abuse, kidnapping and illegal detention.

She is currently is in custody and it is not known if she has appointed an attorney, though a U.S. Embassy official confirmed that she has been provided with a list of law offices to contact.

Related posts:
smuggle, to, tried, US, who, woman
Celebrities

END_OF_DOCUMENT_TOKEN_TO_BE_REPLACED

END_OF_DOCUMENT_TOKEN_TO_BE_REPLACED
Recent Posts
We and our partners use cookies on this site to improve our service, perform analytics, personalize advertising, measure advertising performance, and remember website preferences.Ok