West Midlands Police is blasted for spending £180,000 on TWO more ‘woke’ jobs after advertising for fairness and belonging chief

A police force which was shamed for hiring ‘woke’ staff is now advertising two more positions. 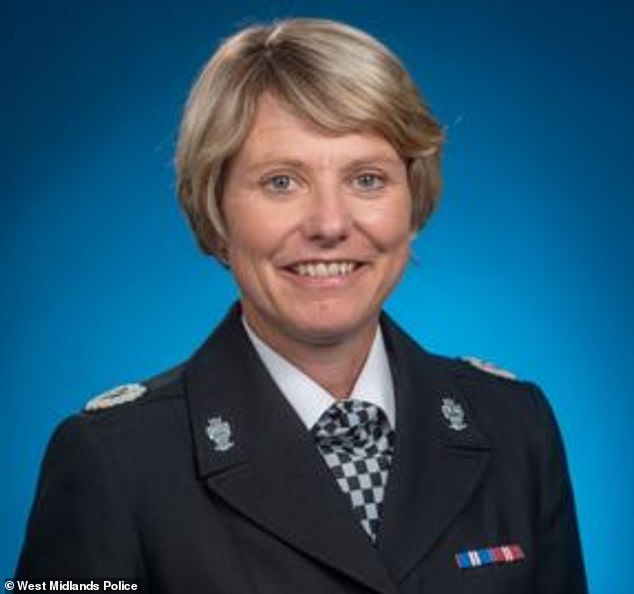 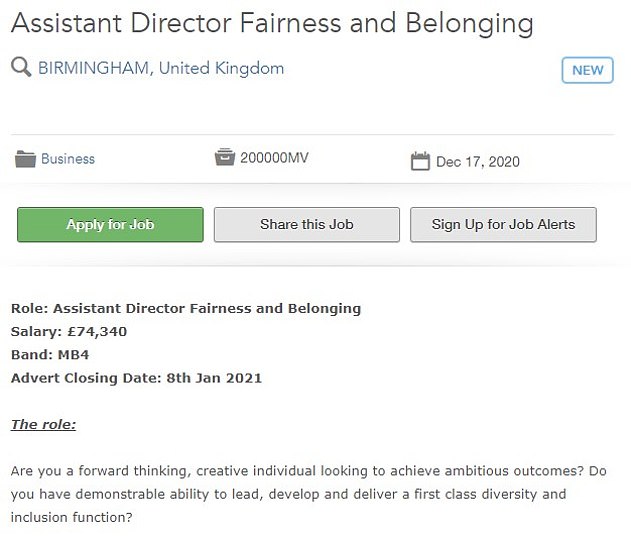 The force were slammed for advertising for the role of assistant director of fairness and belonging on more than £74,000 last week. In all, the three jobs pay £180,000.

The role is to ‘support and oversee improved inclusive culture’ according to The Sun.

Joe Ventre, digital campaign manager of the TaxPayers’ Alliance, said: ‘The need for these fanciful policing positions is bound to be questioned.

‘Taxpayers expect their hard-earned money to be spent on cops fighting crime, not on non-jobs and cultural commissars.

‘Police chiefs must be able to justify these costs or refocus their funding on the frontline.’ 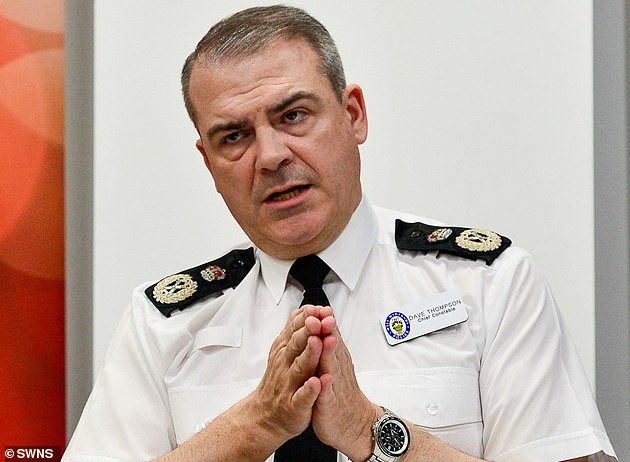 She said that West Midlands Police are ‘are always looking at how we can work with them to improve how we serve the communities’.

She added: ‘West Midlands Police are the second largest police force in the country and we are striving to have a workforce which is representative of the diverse communities we serve.

Assistant director of fairness and belonging – £73,340

DCC Jardine added: ‘We focus on the welfare and wellbeing of all our staff, which is vital in order for them to deliver policing across the West Midlands.

‘We have a number of key senior roles within the force who are in place to support, engage, develop and maximise the potential of our whole team.

‘In that way we will better serve the people who live, work and travel through the West Midlands.’

Last week, the force advertised the role for assistant director of fairness and belonging which includes 28 days of leave a year plus bank holidays and a ‘generous’ pension.

Critics slammed the force for ‘wasting’ money on the ‘pointless’ role and for prioritising ‘wokeness’ over the demands of frontline policing.

Since 2010, West Midlands Police has shed more than 2,000 officers and closed dozens of stations after £175million worth of funding cuts by the Government.

END_OF_DOCUMENT_TOKEN_TO_BE_REPLACED

END_OF_DOCUMENT_TOKEN_TO_BE_REPLACED
Recent Posts
We and our partners use cookies on this site to improve our service, perform analytics, personalize advertising, measure advertising performance, and remember website preferences.Ok