Home » World News » What is The 17th Amendment?

What is The 17th Amendment?

The 17th Amendment is the only one to substantially change the structure of Congress. 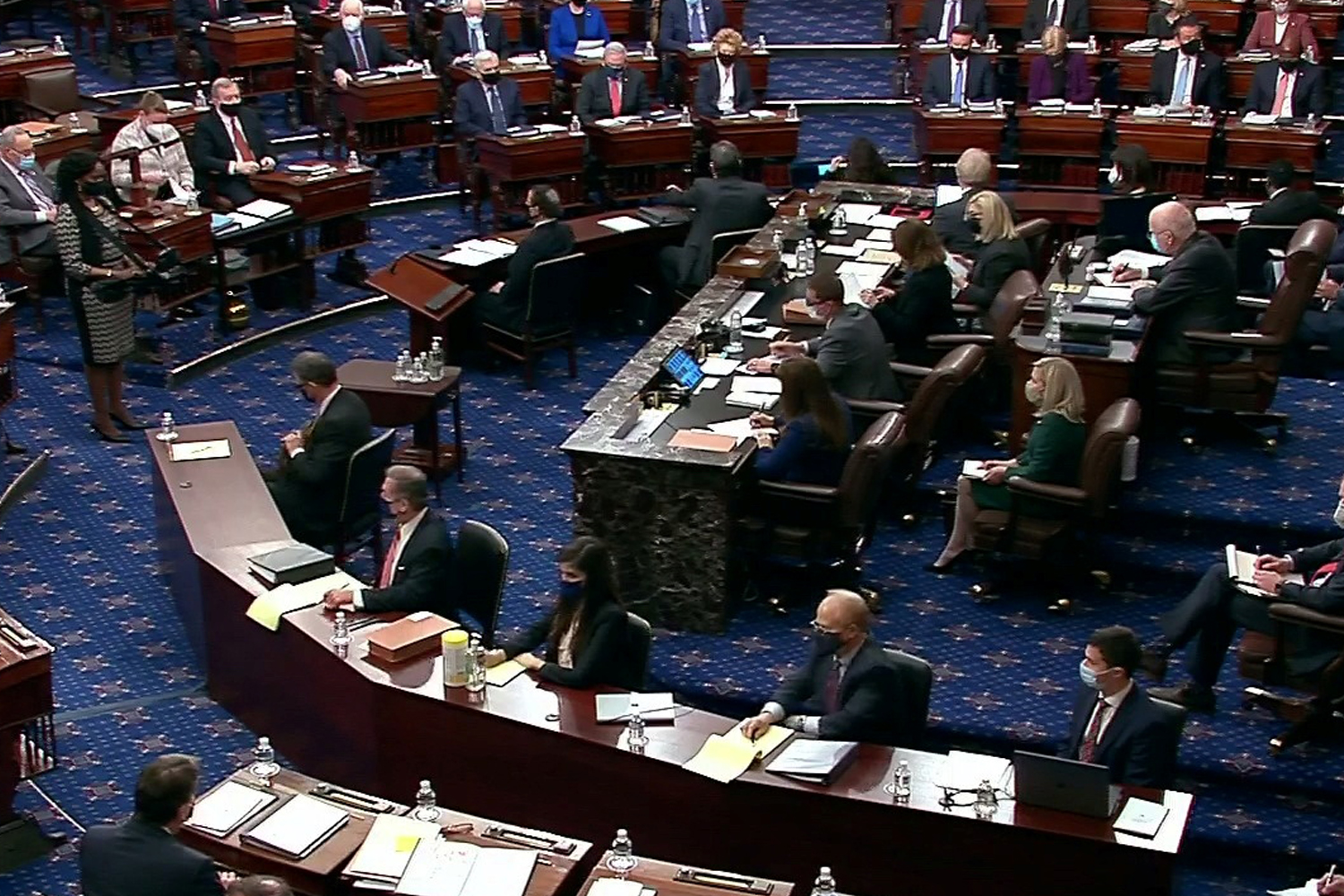 What is the 17th Amendment?

It reads "The Senate of the United States shall be composed of two Senators from each State, elected by the people thereof, for six years; and each Senator shall have one vote. The electors in each State shall have the qualifications requisite for electors of the most numerous branch of the State legislatures.

"This amendment shall not be so construed as to affect the election or term of any Senator chosen before it becomes valid as part of the Constitution."

What does the 17th Amendment mean?

The 17th Amendment removes the power to choose US Senators from state legislatures and gives it directly to voters in each state.

Beginning in the 1830's, the influence that state legislatures had over Senate decisions began to deteriorate.

Politicians seeking seats in the Senate would help state legislatures campaign through the "public canvass" system.

By the 1890's, many states began using the "Oregon system," in which state legislatures were required to state on their ballots whether or not they would abide with the results of a direct election for Senator.

When was the 17th Amendment ratified?

The push for a direct Senate election occurred between 1890 and 1905 when 31 state legislatures called on Congress to change the election system.

An amendment doing just this passed in Congress in each session between 1893 and 1912.

The 17th Amendment was eventually ratified on April 8, 1913.

This Amendment remains the only major change to the structure of Congress in the Constitution.

In turn, it altered the Elections Clause of Article 1 Section 3, which originally stated that Senators would be chosen by state legislatures.