Home » World News » What's the G7, what countries are members, what does the group do and how often does it meet?

What's the G7, what countries are members, what does the group do and how often does it meet?

THE world's most exclusive club will be meeting up in August 2019 – this time with a new UK Prime Minister among them.

Here's the lowdown on the G7, its members and why it's protested by thousands every year. 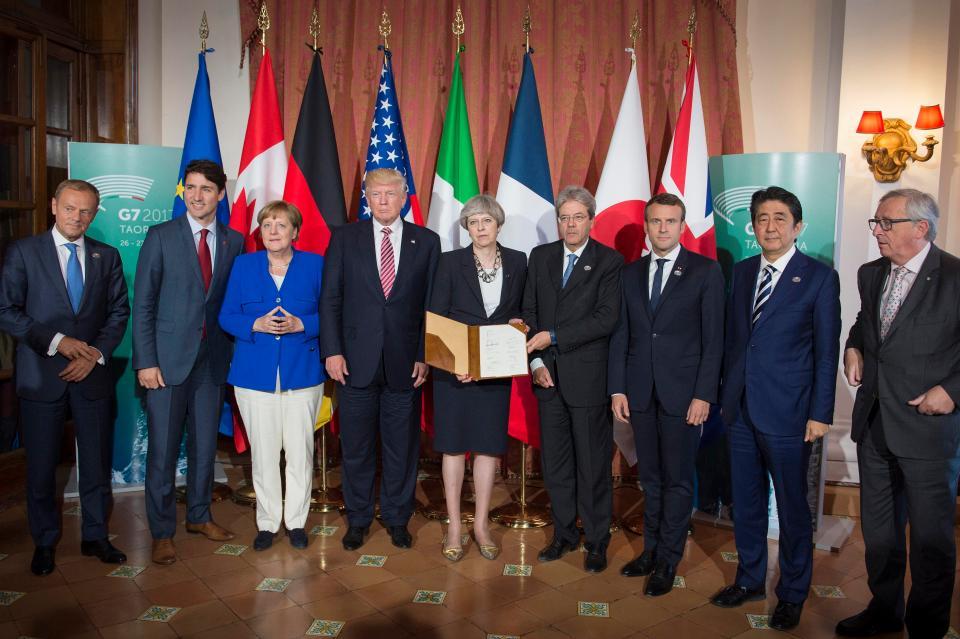 Also known as the Group of Seven, these countries are the seven largest economies of the world.

Together, they represent more than 62 per cent of the global net wealth ($280trillion).

The group was founded in the early 1970s as the seven countries discussed concerns about the collapse of the oil industry.

Since then, 43 summits have been held across the globe as members discuss everything from the environment to the economy.

Which countries are members?

The seven members are:

How often are summits held?

Summits are held annually, and hosted on a rotation basis by the group's members.

The 45th G7 summit will be held on August 25-27 in Biarritz in Nouvelle-Aquitaine, France.

What does the group do?

The Group of Seven (G7) is an informal grouping of seven of the world’s advanced economies, as well as the EU and European Commission.

It offers the leaders of these nations to come together and tackle the most challenging global issues of the time.

In the last 40 years, the G7 claims to have "strengthened security policy, mainstreamed climate change and supported disarmament programmes".

In 2019, the UK became the first major economy to pledge to cut fossil-fuel emissions to zero by 2050.

What criticisms have been made of the G7?

In 2018, protest groups in Quebec focused on global trade, the environment, migration, aboriginal rights and a number of other issues.

A coalition organised "a mass demonstration against the G7, capitalism, patriarchy, colonialism, racism and borders".

Many protesters claim the G7 – which has no representative from any African, Russian or Middle Eastern nation – is completely outdated.

Protest groups also use the worldwide platform as a stage to lobby and campaign on issues that are important to them.