The charter plane organized by the White House for members of the press corps accompanying President Joe Biden to Europe was delayed nearly seven hours overnight after cicadas invaded the engine and caused mechanical issues.

The plane was meant to take off from from Dulles International Airport in Virginia at 9:00 p.m., but didn’t get off the ground until almost 4:00 a.m.

‘The White House press charter, flying from Dulles to Europe ahead of President Biden, has been delayed for hours – due to mechanical issues caused by cicadas. Yes. Cicadas,’ Associated Press’ White House Reporter Jonathan Lemire, who is part of the press charter, tweeted at 10:02 p.m. 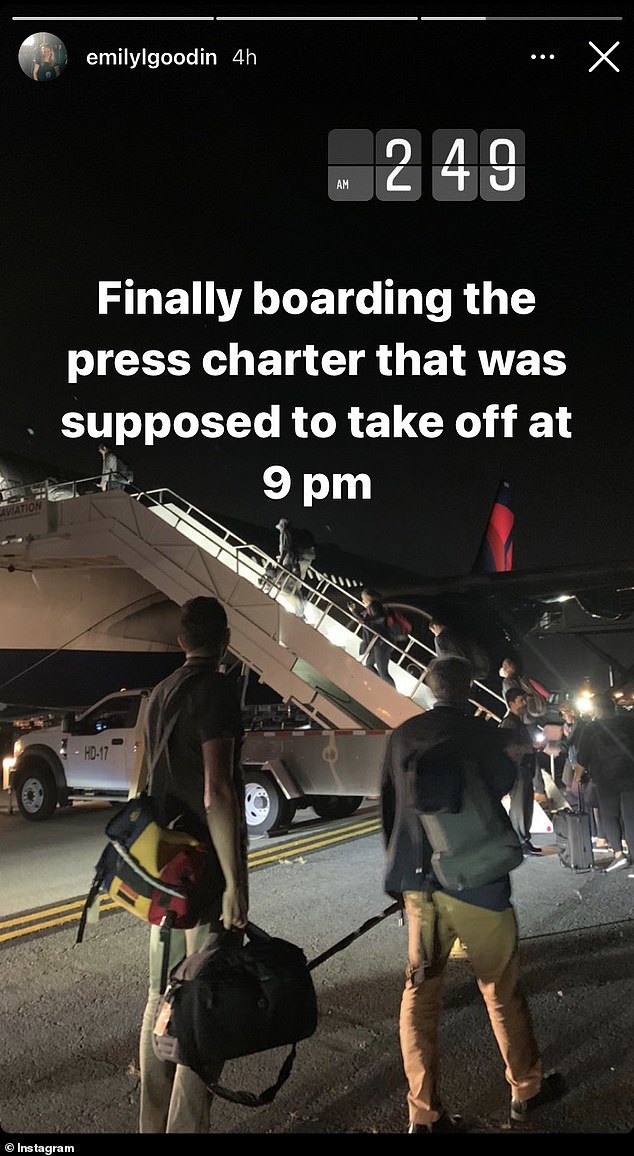 The White House charter for press accompanying Joe Biden to Europe was delayed seven hours due to cicadas invading the engine. The plane was supposed to take off from Dulles International Airport at 9:00 p.m. Tuesday night, but did not get off the ground until nearly 4:00 a.m. Wednesday morning

Associated Press White House Reporter Jonathan Lemire, who was on the charter, tweeted ‘stupid cicadas’ after finally getting off the ground 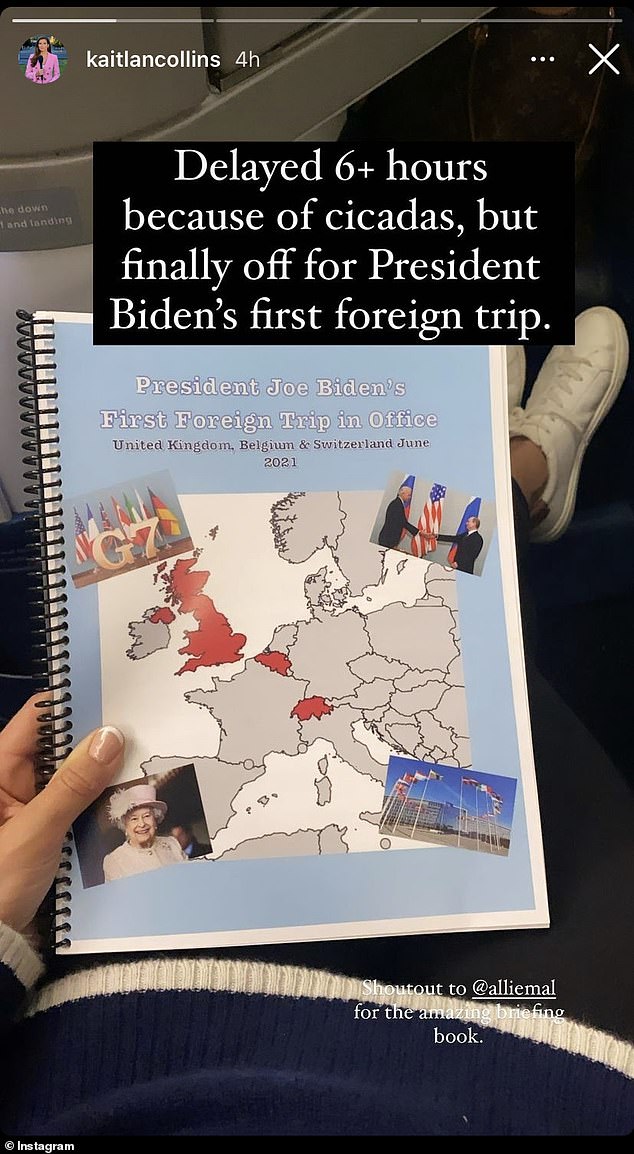 The Brood X cicadas are the largest breed of the incest, and they only emerge every 17 years.

That specific brood is found mostly around Pennsylvania, Northern Virginia, Indiana and eastern Tennessee, according to the National Park Service. They do, however, emerge along most of the East Coast.

Trillions of the Brood X, which have orange stripes down their body and an orange patch between their eyes, emerged this summer. Although they are large and make a very loud noise, they are harmless to humans.

Brood X cicadas only are above ground for about one month in which they mate, lay eggs and die.

‘Just when you had an earful of cicada tales, here’s another: Swarms of the creatures are to blame for delaying the White House press plane to Europe for President Biden’s trip overseas. Tonight’s chartered flight is expected to be delayed for hours until a new plane arrives. Yep,’ CNN Chief National Affairs Correspondent Jeff Zelenksy tweeted.

‘It’s a flight delay 17 years in the making,’ he wrote in another tweet. ‘The great cicada invasion strikes the White House press charter plane.’

Biden and first lady Jill are traveling to Europe for the G7 summit in Cornwall, England June 11-13, but are making a few other stops along the way.

Air Force One will depart from Joint Base Andrews on Wednesday morning.

The president and first lady will deliver remarks on Wednesday evening to the U.S. Air Force personnel – and their families – who are stationed at Royal Air Force Mildenhall in Suffolk, England.

The trip is off to a bumpy start for the press after they had to hunker down at Dulles airport for the night as they awaited the cicada issue to be resolved with their plane.

There are 15 major ‘broods’ of cicadas in different geographic areas, with life cycles of either 13 or 17 years. Brood X is the tenth – with the X being the roman numeral for ten. 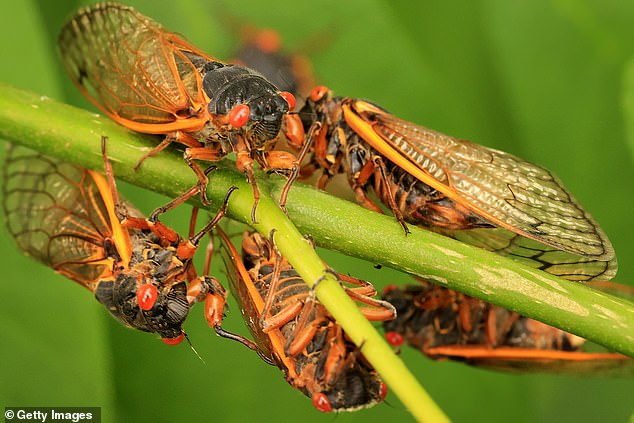 Brood X cicadas, the largest of all cicada species, emerge from underground every 17 years in the trillions along the East Coast to breed before they die

These insects emerge from the ground in droves, with some years seeing trillions of cicadas in a season. They mostly appear in the eastern and central parts of the US.

Notably, Kamala Harris also had mechanical issues with Air Force Two when leaving for her first international trip as vice president on Sunday.

Her plane was forced to turn around minutes after take off due to an unusual sound with the landing gear, which was chalked up to a small ‘technical issue.’

After about an hour-and-a-half, the vice president was back on the plane and off the ground headed to Guatemala.