Home » World News » Who is Maurice Robinson and where is he now?

Who is Maurice Robinson and where is he now?

MAURICE "Mo" Robinson was jailed for accidentally killing 39 migrants found dead in the back of his refrigerated lorry in Essex.

But who is he and where is he now? 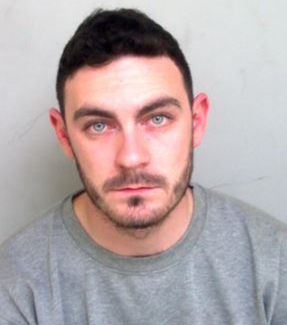 Who is Maurice Robinson?

The 26-year-old from North Ireland was allegedly part of a global smuggling ring when the bodies of the 31 men and eight women were discovered on October 23 2019.

HE, opened the sealed container in Grays in Essex and found the Vietnamese migrants had all suffocated.

His barrister told the Old Bailey that Robinson, from County Armagh, "is horrified by what he saw".

He admitted manslaughter and involvement in the trafficking plot.

Robinson, who also admitted money laundering, was one of eight men being sentenced for their role in the people-smuggling operation dating back to May 2018.

The migrants, aged 15 to 44, were in the container for at least 12 hours as it was shipped from Belgium to Purfleet in Essex.

Robinson's boss Ronan Hughes, 41, had told him to give them air quickly after collecting the trailer from the docks.

"I can't, they are [expletive] dead," Robinson, who had called Hughes before dialling the emergency services, replied.

In mitigation, Tyrone Smith QC said Robinson was "horrified by his role in bringing about these deaths".

The court heard Robinson had been a "hard-working and well-liked young man" and at the time of the deaths his partner had been pregnant.

Haulier boss Hughes, of Tyholland in County Monaghan in the Republic of Ireland, also admitted manslaughter and in mitigation his barrister, Tim Moloney QC, said he "did not intend any harm to migrants".

"It was not obvious to him the actions created the risk of death or serious harm," he said.

"Mr Hughes is clear, prior to the Clementine [ship] setting off, he did not know there were close to 40 migrants in the container.

"He does not say if he had known there were 39 he would have refused to continue."

If he had known earlier he would still have carried on with the enterprise, but Hughes's barrister added: "That's not because he did not care less what happened to the migrants.

Eamonn Harrison, 24, from County Down, had transported the migrants to Zeebrugge and was found guilty of people-smuggling and manslaughter.

His lawyer Alisdair Williamson QC said he was an "inadequate young man" with attention deficit hyperactivity disorder, but not "cynical or greedy".

What has Maurice Robinson been charged with?

He has pleaded guilty at the Old Bailey to 39 counts of manslaughter in April 2020.

Another three men charged with other offences in connection with the deaths also appeared at the Old Bailey via video-link.

Valentin Calota, 37, of Cossington Road in Birmingham, was not asked to enter a plea to the charge of conspiring to assist unlawful immigration.

Mr Nica, a British Romanian citizen of Mimosa Close in Langdon Hills, Essex, also denied one count of conspiracy to assist unlawful immigration between 1 May 2018 and 24 October 2019.

Prosecutor William Emlyn Jones QC asked for three weeks to decide whether to proceed with a trial against Robinson on that charge.

Where is Maurice Robinson now?

In January 2021, he was sentenced to 13 years in prison, with boss Ronan Hughes getting 20 years.

Harrison, from Mayobridge, County Down, was convicted of 39 counts of manslaughter and conspiracy to assist unlawful immigration.

Nica, of Mimosa Close, Langdon Hills, Basildon, Essex, was convicted of 39 counts of manslaughter. He had admitted one of conspiring to assist unlawful immigration.

Kennedy, of Corkley Road, Keady, County Armagh, Northern Ireland, and Calota, of Cossington Road, Birmingham, were convicted of conspiring to assist unlawful immigration between 1 May 2018 and 24 October 2019.

Hughes, from Leitrim, Silverstream, Tyholland, Co Monaghan, admitted manslaughter in respect of the 39 deaths and conspiracy to assist unlawful immigration.