Grinch! Woman caught on camera pulling down Christmas decorations in Pennsylvania town for the second time this year: ‘It took them four hours just to put every bow on there’

In Canonsburg, Pennsylvania, Christmas arrives early, but so does the Grinch.

Video surveillance shows a woman crossing a town bridge in the middle of the night, yanking down the Christmas garland members of the town’s Old Fashioned Christmas Committee had spent hours assembling.

Just days into November, this is the second time garland has been pulled off of the Morganza Bridge this year.

Residents of the town of fewer than 10,000 are hoping the suspect will stop terrorizing the Christmas displays in time for the holiday spirit to properly set in.

The suspect caught on surveillance video appears to be a woman with long, dark hair, a dark vest, dark pants, and according to police, no shoes. 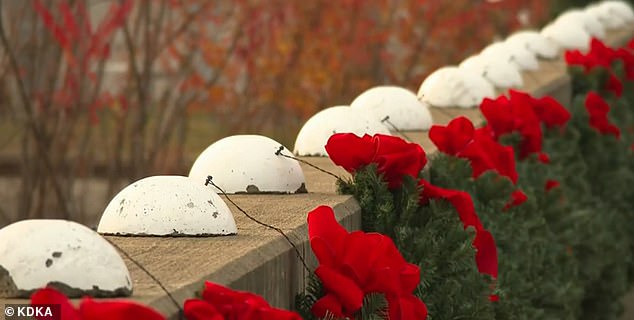 Christmas garland in Canonsburg, Pennsylvania has repeatedly been yanked off a local bridge this year as the town attempts to get into the Christmas spirit 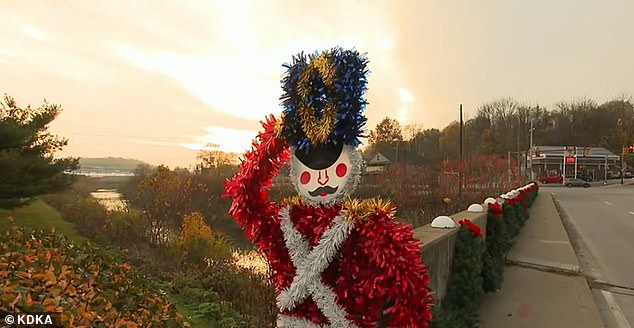 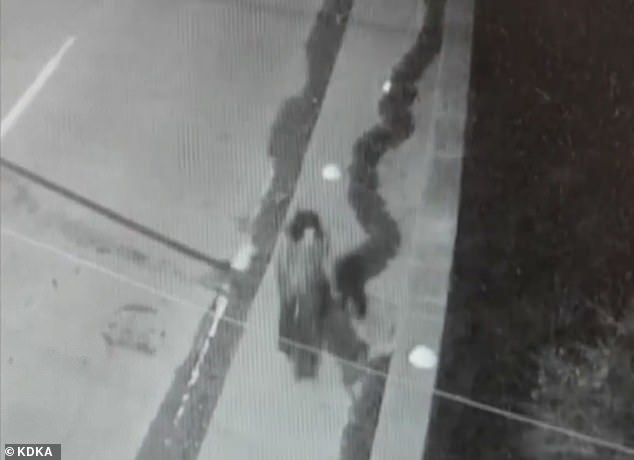 Tips to local law enforcement have already begun rolling in.

Gloria Dunkle, who sits on the town’s committee, said it took residents ‘four hours just to put every bow on there, making sure the garland is straight.’

She said the decorations, which include a life-size nutcracker and life-size snowmen, in addition to the garland and twinkle lights, are representative of ‘the spirit of Cannonsburg, the spirit of Christmas.’

Dunkle added, ‘This is for Christmas, it’s a great holiday, and to just trash it like it’s nothing – it’s really, it’s upsetting.’

The Christmas committee posted a statement to its Facebook page condemning the vandal.

‘As much as we try to make the town look beautiful and get ready for Christmas, there are those who like to ruin things,’ they wrote before asking residents for help identifying the suspect.

One user commented, ‘I pray that this person is found and helped, She is clearly someone that is reaching out.’

The decorative garland has since been rehung and red bows tied with care and hopefully safe from further incident.

The local police chief says once the suspect is apprehended, she may face charges of criminal mischief.

Canonsburg, located about 20 miles outside of Pittsburgh, is known for its holiday cheer.

In addition to its Christmas spirit, the Washington County borough plays host to an annual Oktoberfest celebration as well as the second largest 4th of July parade in the state.

Gloria Dunkle condemned the vandalism of the garland installed by the Old Fashioned Christmas Committee, which goes to great lengths each year to install holiday cheer in Canonsburg 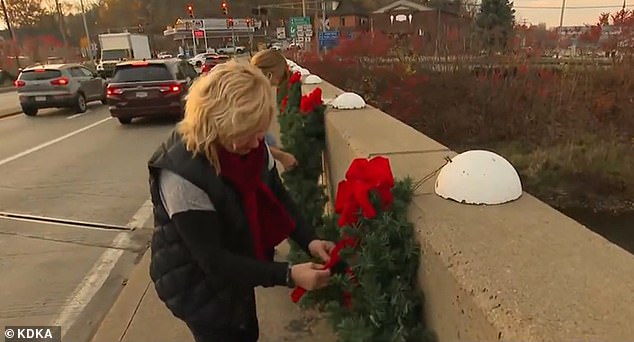