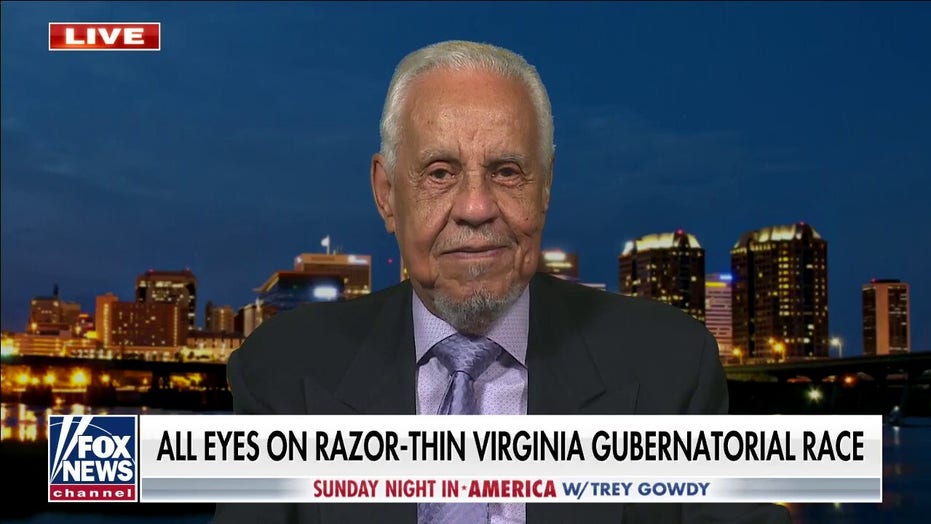 After campaigning across northern Virginia on Saturday, Youngkin’s bus tour of the southwest included a prayer breakfast, a worship service, a barbecue at the home of a powerful state lawmaker, a meet-and-greet, and an evening get-out-the-vote rally in Abingdon. 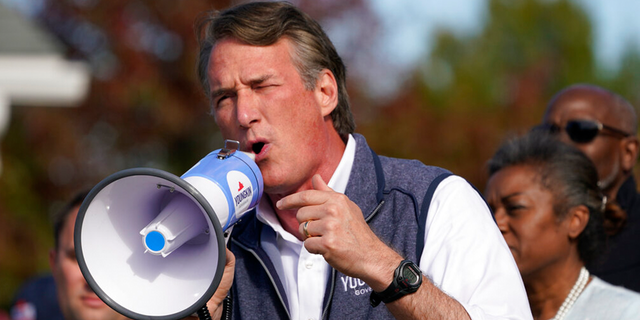 Addressing the crowd at Cumberland Bowl Park in Jonesville early Sunday afternoon, Youngkin pledged to roll back the “left-liberal progressive agenda” that’s been trying to turn Virginia into “East California” and enact policies that make the state more competitive.

“This is our moment to come together for our kids and our grandkids and our nieces and nephews to say that we are going to build a better Virginia for them,” Youngkin told the crowd, before encouraging them to get out the vote on Tuesday. 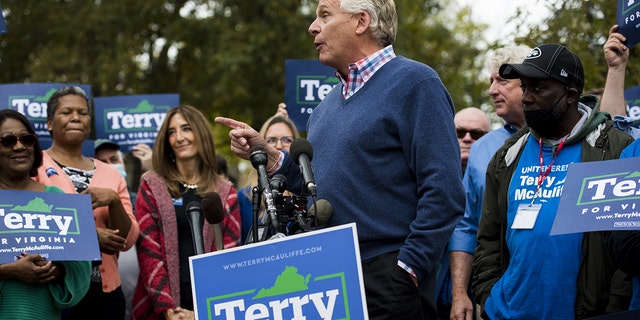 “Call your friends, send out emails, send out texts. You know what we stand for? We stand for our Constitution, we stand for low taxes, we stand for a government that works for us,” Youngkin said. “We stand for better jobs, safe communities. We stand for schools that will educate our children, keep them safe. We can get that done. We got to get you to spread the word for us.”

At his next stop in Abingdon, Youngkin predicted Republicans would sweep all three statewide races and take back control of the House of Delegates – where all 100 seats are on the ballot.

Meanwhile, McAuliffe made stops in suburban Richmond and northern Virginia Sunday, speaking in the backyard of a home in Henrico County.

“I’ve done this job before,” he told the attendees. “I was the most pro-business pro progressive. I made this state open and welcoming, created a lot of jobs. We do not want to go back.” 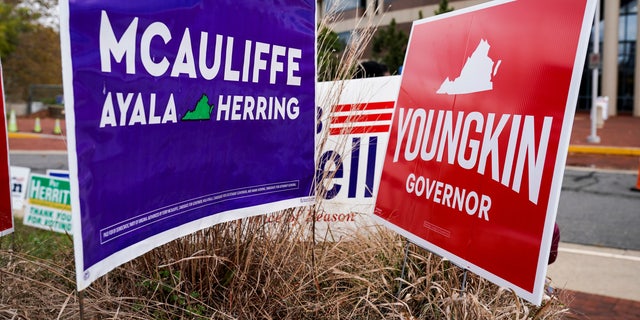 Campaign signs for Democrat Terry McAuliffe and Republican Glenn Youngkin stand together on the last day of early voting in the Virginia gubernatorial election in Fairfax, Virginia, U.S., October 30, 2021.
(Reuters)

McAuliffe, who served as governor from 2014 to 2018, and Democrats are scrambling to stave off disaster after public polling has shifted in Youngkin’s direction in recent weeks. Youngkin is leading McAuliffe by less than one percentage point, according to a RealClear Politics polling average.

Early in-person voting for the Virginia governor’s race ended Saturday, which means Virginians will have to vote by mail or show up at the polls on Election Day on Tuesday.

Fox News’ Jessica Chasmar and The Associated Press contributed to this report.